Derek Burney was Canada's ambassador to the U.S. from 1989-1993. He led the Canadian delegation in concluding negotiations of the Canada-U.S. free-trade Agreement. Fen Osler Hampson is chancellor's professor at Carleton University and director of Global Security and Politics at CIGI.

While no formal announcement has been made, Prime Minister Justin Trudeau is fully expected to launch free-trade negotiations with China during his visit to Beijing next week. After more than five years of on and off exploration, it is time to take the plunge, recognizing that negotiations are a beginning and not the end.

China's economic growth and its geopolitical influence are in the ascendency and cannot be ignored. The Chinese economy continues to grow at a 7-per-cent clip and will soon eclipse the United States as number one in the world. What is also patently evident is that, by debating among ourselves, Canada has fallen behind countries such as Australia – our natural competitor in the region – leaving us as little more than a bystander observing the most consequential global change in this century.

Some have suggested that a free-trade initiative with China could imperil efforts to renegotiate the North American free-trade agreement. The primary determinant for any trade negotiation should be whether Canadian interests can be safeguarded and advanced. That is a decision for Canada alone. The engagement with China could actually provide leverage for Canada in NAFTA at a time when those talks seem inconclusive. If successful, an accord with China would, in fact, provide preferential market openings for our products and services while reducing our status as a "captive" market obliged to sell our energy resources only to the United States at a sharp discount to world prices.

A second concern is that a launch of negotiations with China may detract from efforts to salvage a mini Trans-Pacific Partnership (TPP). We should have no difficulty pursuing both. Australia is a TPP partner and also has a free-trade agreement with China. However, the government has some remedial work to do on the TPP front. Canada failed to show up at the Leader's meeting in Danang and was reluctant, at the last minute, to accept what had been agreed on TPP. That flip flop has puzzled if not infuriated several Asian partners.

A different level of concern focuses on China's shoddy record on human rights. The remarkable economic progress over the past three decades has delivered substantial benefits to the Chinese people, but without any discernible improvement in basic democratic values.

If we adopt a more rules-based platform for trade, we will have a more credible position from which to register concerns about human rights, even though the scope for influence is narrow. The Chinese are justifiably proud of the remarkable degree to which they have improved the economic well being, the health and the education of most of their people. There are many warts and flagrant abuses that violate basic human rights, but we can negotiate on trade without condoning practices abhorrent to us.

China, it is said, has many laws but no rule of law. Corruption is endemic, fuelled in large part by the sustained economic boom and the concentration of power among party officials. That is precisely why a mutually beneficial trade agreement with clear rules on performance and a rigorous dispute-settlement mechanism at its core makes eminent sense.

Canada's paramount goal should be to act in its own interest by improving and safeguarding access to the burgeoning Chinese market where much of what we produce is in increasing demand. Any proposal should be examined on its actual merits, not on sentiment or wishful posturing.

If we expect to reap tangible dividends from a negotiation, we will need to have infrastructure in place enabling us to sell and ship energy resources to China. The federal government will have to be more assertive exercising its national responsibility to move matters forward expeditiously.

The Prime Minister's father favoured what was called the "Third Option," efforts to counter-balance our vital U.S. relationship with a more strategic focus on Asia and Europe. Along with the Canada-EU Comprehensive Economic and Trade Agreement, a mini TPP and possibly bilateral negotiations with India, the prospect of a trade agreement with China would give real substance to that concept. 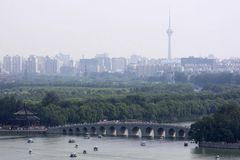 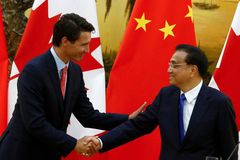 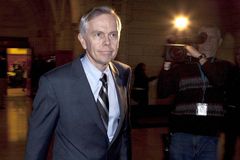