Three-quarters of the world's mining companies are incorporated in Canada. But as the global industry prepares for its greatest leap since mechanization, Canada risks losing that leadership position – unless it takes sides in a debate over the private ownership of minerals found in space.

The United States has already shown an interest in asteroids, some of which pass quite close to Earth and might be exceedingly rich in heavy elements such as cobalt, gold, platinum, rhodium and tungsten. Later this year, NASA will launch a spacecraft, the Osiris-Rex, on a mission to retrieve a mineral sample from the near-Earth asteroid Bennu.

Canada is providing Osiris-Rex's laser altimeter, which will map the surface of the 500-metre-diameter asteroid. This will enable scientists to determine the best site for the spacecraft to touch down, briefly, to collect the sample. The altimeter has been built by MacDonald Dettwiler and Associates Ltd., the manufacturer of the Canadarm, on a $61-million contract to the Canadian Space Agency.

Although the primary mission of the Osiris-Rex is to collect data for scientific purposes, the project's leader, Dante Lauretta, readily admits that it will also "develop important technologies for asteroid exploration that will benefit anyone interested in exploring or mining asteroids, whether it's NASA or a private company."

In return for providing the altimeter, Canada will receive a portion of any sample obtained. However, NASA and the Canadian Space Agency are unlikely to ever engage in actual mining. This will be left to the private sector, and the company leading the way is based in the United States.

Planetary Resources Inc. was created in 2010 with backing from Google's Larry Page and Eric Schmidt, and Oscar-winning filmmaker James Cameron. Bechtel Corp., the largest construction and engineering company in the United States, has since joined them as a core investor.

Planetary Resources is developing small robotic spacecraft for prospecting missions, equipped with sensors to measure the shape, rotation, density and surface composition of asteroids. In the future, it plans to develop larger, fully autonomous spacecraft to extract, process and transport the minerals back to Earth, or use them for manufacturing in space.

The Seattle-based company lobbied strongly for the new U.S. Commercial Space Act, which was sponsored by senators (and presidential candidates) Ted Cruz and Marco Rubio and signed into law by President Barack Obama in November. The act accords U.S. citizens the right to own any asteroid resources they obtain in space, and thus provides investors with a much-needed degree of legal certainty – at least in the United States.

"This is the single greatest recognition of property rights in history," said Eric Anderson, the co-chair of Planetary Resources. "This legislation establishes the same supportive framework that created the great economies of history, and will encourage the sustained development of space."

The tiny country of Luxembourg (pop. 540,000) is also positioning itself to benefit from space mining. Earlier this month, it announced plans to adopt legislation similar to that of the United States, and to invest in research as well as space mining companies.

If Luxembourg seems like an unlikely player in this game, consider this: It is already home to the world's two largest satellite companies, SES and Intelsat, which together generate revenue in excess of $9-billion (U.S.) annually. Perhaps not coincidentally, Luxembourg has the world's second-highest per capita gross domestic product.

Allowing private citizens to own space minerals is controversial because Article 2 of the Outer Space Treaty states: "Outer space, including the Moon and other celestial bodies, is not subject to national appropriation by claim of sovereignty, by means of use or occupation, or by any other means."

The treaty was adopted in 1967 and ratified by the United States and the Soviet Union that same year. Article 2 helps to explain why the Apollo 11 astronauts did not claim any territory on the moon in 1969, even though they planted a U.S. flag.

But while everyone agrees that no country can own the moon or an asteroid, there is no agreement on whether the prohibition on national appropriation extends to private actors. Many developing countries, lacking their own space programs, support a "common heritage of mankind" approach that would see any revenue from space mining shared among all countries.

This view is shared by most academic experts, with Joanne Gabrynowicz of the University of Mississippi noting that the Outer Space Treaty prohibits not only "national appropriation by claim of sovereignty" but also "by means of use or occupation, or by any other means." In her view, the new Commercial Space Act, by making asteroid resources subject to U.S. law, is a form of national appropriation by "other means."

Not surprisingly, the U.S. government takes the opposite view, with a congressional committee observing that the United States, Russia and Japan have all taken and used moon rocks and that these activities "have never been protested by a state party to the treaty or judged in a court of law to be in violation of the Outer Space Treaty." The same committee noted that moon rocks retrieved by the Soviet Union were auctioned off at Sotheby's in 1993.

It is also true that companies already profit from the use of limited space resources when they place satellites into geostationary orbit, where "slots" are limited in number and occupied on a "first-come" basis.

Luxembourg's Economic Minister, Étienne Schneider, has made his view clear: "These rules prohibit the appropriation of space and celestial bodies but they do not exclude the appropriation of materials which can be found there. Roughly, the situation is equivalent to the rights of a trawler in international waters. Fishermen own the fish they catch but they do not own the ocean."

Mr. Schneider is right, although neither space nor the high seas are rule-free zones. In addition to the Outer Space Treaty, there are treaties on the rescue and return of astronauts, registration of objects launched into space, and liability for any damage caused by them. There is even an international organization (the International Telecommunications Union) responsible for co-ordinating the occupation of slots in geostationary orbit.

Today, a new treaty could usefully be negotiated to provide agreed standards for space mining, including rules on containing debris and registering claims. But this will not happen until opponents of private ownership realize that commercial space mining is coming, with or without their input.

As it happens, Canada has been here before. In 1995, when unregulated high seas fishing threatened turbot stocks in the North Atlantic ocean, Canada successfully pushed for a new treaty to encourage the creation of "regional fisheries management organizations" that would assign science-based quotas to any interested state.

As part of that push, Canada acted unilaterally by arresting a Spanish fishing trawler on the high seas. The move was controversial, and denounced by some countries as illegal, but it led to improvements in international law.

Similar decisiveness is required today, to adopt a commercial space act that recognizes the right of Canadian companies to own minerals acquired in space.

Space mining might seem like a distant prospect, but so did the Internet just three decades ago. If Canada wishes to remain a world leader in mining, it must reach for the final frontier.

Opinion
We need disruptive innovation in the mining sector, as well
February 20, 2016 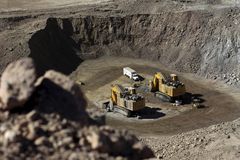 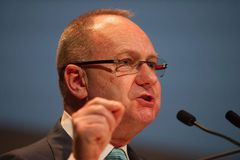 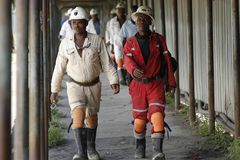