Karl Moore is an associate professor at the Desautels Faculty of Management, McGill University, and an associate fellow at Green Templeton College, Oxford University. He is a long-time observer of the aviation industry and Bombardier.

Last week was big for Bombardier and the C Series, with a major order from Delta Air Lines. The question now is whether the federal government should financially support the company.

One of Ottawa's main issues is with the control of the company by the Bombardier-Beaudoin family; the implicit assumption being that family control is somehow bad. I find this assumption questionable.

In a 2014 report, consultants McKinsey & Co. estimated that families controlled 19 per cent of the Fortune Global 500 companies, up from an estimated 15 per cent in 2005. Fifteen per cent of U.S. companies and 40 per cent of European companies in this index are family-controlled. According to the Creaghan McConnell Group, 10 of Canada's 25 largest employers are, too – including such well-known firms as Husky, Rogers, Canadian Tire, Loblaw, Saputo, McCain, Shaw and Thomson Reuters. So Bombardier is no outlier.

A family-controlled firm can focus on long-term growth and profitability, rather than short-term results. In a 2013 survey of more than 1,000 executives from various countries and sectors by McKinsey and the Canadas Pension Plan Investment Board, 79 per cent said they felt significant pressure to produce results within two years or less. A majority said they would choose not to make an investment increasing profit by 10 per cent over three years if it meant missing quarterly earnings.

There is strong evidence that if Bombardier weren't family-controlled, the C Series never would have been launched. Or that it might have been killed off; many were still calling for the project's cancellation up until very recently. All this casts a different sort of light on the argument about who should control things. Without the family, there wouldn't be a C Series to talk about.

Under Laurent Beaudoin's early leadership, Bombardier grew from a snowmobile manufacturer in Quebec's Eastern Townships to the world's largest manufacturer of rail transportation equipment and the world's third-largest maker of civil aircraft. He made big bets that analysts decried, but enough worked out that we can call him one of the world's great entrepreneurs.

Another quality of family-controlled companies is that they consider factors other than maximum financial return. During site selection for the C Series assembly line, Bombardier looked seriously at U.S., British and Canadian sites. Mr. Beaudoin was quoted as saying he had a "préjugé favorable" toward Quebec, but that the province would need to be a competitive manufacturing location. In the end, Mirabel was retained for the final assembly line (along with Belfast, Northern Ireland, for wing production). The company has deep roots and political support in both places, and can count on its long-time employees in tough times. It's hard to put that into a financial model.

Over the years, the family has also known when to turn to outsiders. At critical moments, Raymond Royer, Robert Brown and Paul Tellier have stepped in with executive leadership. Most recently, Pierre Beaudoin replaced himself with a globally experienced aerospace CEO, Alain Bellemare, to take the C Series to market. This takes courage.

Family control has also kept the company in Canadian hands. In the years after 9/11, Bombardier's share price fell from previous highs above $20 to less than $3 – a fraction of book value. It would have been an ideal time for Boeing, Airbus or Embraer to snap it up, and we wouldn't be talking about the C Series now if they had. But the family wasn't interested in selling, even as it lost many millions of dollars alongside other shareholders.

I have heard recounted the story of how Armand Bombardier, near death, gathered his children and their spouses and made it clear he wanted them to retain control and use the company to serve their community. So it's no surprise they persevere.

Given the family's track record of successful big bets, Canadians should be happy to leave Bombardier as a family-controlled firm, particularly when that firm has given an outside CEO the freedom to make tough decisions.

Boeing CEO will defend 737 amid competition in single-aisle market
May 3, 2016 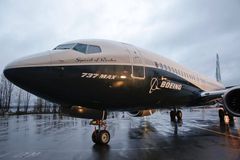 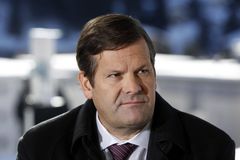