Stewart Beck is the president and CEO of the Asia Pacific Foundation of Canada and former Canadian high commissioner to India. He has served abroad in the U.S., Taiwan and China.

Few Canadians know much about APEC, the Asia-Pacific Economic Cooperation, and even fewer still know anything about ABAC, the APEC Business Advisory Council. This week, Toronto will be hosting the third of four annual meetings of ABAC, a council made up of three senior business leaders from each of the 21 APEC economies. The third meeting is always the most significant because council members finalize their recommendations for regulatory and policy changes and alternatives that will be presented to the leaders of the APEC economies.

APEC, as an organization, represents enormous opportunities for Canadian businesses, not only as a driver of innovation and growth across the 21 interconnected Pacific economies, but also as a vehicle to promote Canada's strategic interests in the Asia Pacific.

In fact, the region is expected to fuel nearly half of the world's economic growth through 2025 and support a middle class of some three billion people by 2030. And, APEC is more than just China.

Canada has not hosted an APEC leaders meeting since 1997, and this ABAC meeting is the first Canada has hosted in 11 years. As multilateral organizations go, Canada has not invested heavily in APEC. Other participating economies have used APEC to promote their trade and investment interests; a good example is New Zealand, which has successfully used APEC and ABAC to promote its dairy interests across the region. Japan, China and the United States have also been very active in tilting policy and regulatory initiatives to their advantage. Canada is, however, recognized for its work on micro, small and medium enterprise (MSME) policy development and financial mechanisms to support MSME growth.

Canada's APEC-Canada Growing Business Partnership project is a demonstration of Canada's leadership in the MSME space. The four-year project is designed to build and grow the MSME community in the APEC region; to increase their market access, particularly those MSMEs owned by women; and, to help reduce poverty in the region. Managed by the APEC Secretariat and the Asia Pacific Foundation of Canada, the program is now well into its first year.

In a period of short-sighted protectionism, and with barriers to trade and investment increasingly defining global geopolitics, this week's ABAC meeting presents an unprecedented opportunity for Canada to connect with key decision-makers in the APEC region. It is an opportunity for Canada to demonstrate that its growth and development objectives align with those of our APEC partners, showcase our incredible advances in innovation and technology and share our common desire to connect our MSMEs which comprise 98 per cent of our economy and employ more than 69 per cent of our private-sector workers) with like-minded free traders across the Pacific region.

Our ability to build on this momentum will be critical in the years to come. Diversifying our traditional trade networks and connecting with similar tech-driven innovation ecosystems within the expanding economies of APEC, where cross-border e-commerce is expected to grow to $1-trillion (U.S.) by 2020 supported by more than 50 billion Internet-connected devices, will be key to Canada's long-term economic prosperity.

By continuing to support our own tech startups and innovating MSMEs as they commercialize their technologies and scale their operations here at home, we will not only ensure their successful expansion into international markets, but position ourselves as a Pacific knowledge and talent hub, floating all boats on APEC's rising tide.

This will not happen on its own. Currently, only 12 per cent of Canadian SMEs engage in export activities, with only 1 per cent of those exporting to Asia. As a Pacific country, we must put in place support programs, education and knowledge sharing, and ease the path for business at home and abroad.

Capitalizing on the opportunities present in the thriving ecosystems of the APEC region is a win-win proposition. But it requires a commitment to engage; use this important multilateral organization to pursue our strategic interests and we can make this ABAC meeting another step in our pivot to Asia. 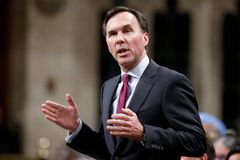