The development of Asian growth markets in the past two decades has seen an evolution in the mindset of Asian investors, the rise of a large class of high-net-worth individual investors and family offices and dramatic expansion of outwardly focused Asian institutional investors. This environment presents tremendous unrealized potential for early and growth-stage Canadian companies that too often struggle to raise money during a critical period. In particular, Canada's maturing innovation startup ecosystem and venture-capital market is well positioned to attract these sophisticated, Asia-based emerging-technology investors.

Common among this new community of wealthy Asian investors is an appetite for alternative asset-class investments both domestically and internationally. The expansion of such capital pools helped to make 2015 a record year, with investors in Asia doing 3,651 private deals with a total value of $52-billion (U.S.), according to Preqin, an information service company that tracks private-capital activity.

Canada's stable financial markets, a world-class R&D environment and innovation-focused companies – often available at significantly less frothy valuations than their U.S. peers – collectively provide an appealing investment environment for Asian investors. A 2011 report, Innovation Canada: A Call to Action, flagged the limited availability of risk capital as a significant pain point for Canadian early-stage companies. Some government-backed funds have since been injected into the system to address limited access to capital faced by Canadian startups, but more work is required.

Asian investors are an excellent potential source of capital both for the Canadian venture-fund market and, as direct investors, can offer a valuable lifeline for both early-stage companies facing the risk-capital gap and later-stage companies pursuing growth capital or a liquidity event.

According to Preqin, 38 per cent of Asian fund managers surveyed reported North America as their first-choice investment destination in 2016. My own interactions with Asia-based high-net-worth family offices and institutional investors suggest a growing interest but limited familiarity with the Canadian innovation landscape and how it can be most effectively navigated. The path to and around Silicon Valley is much more regularly and comfortably travelled. Persuading Asian investors to look beyond the more established startup ecosystem of Silicon Valley will take a sustained effort by Canadian stakeholders. A number of groups are already moving to take advantage of opportunities in Canada's emerging technology companies. Beijing's River Capital Canada Chinese Angel Alliance has backed 17 Ontario startups. Horizon Ventures, Hong Kong's largest venture-capital firm, with more than 100 investments completed, has invested in Canada more than anywhere else, except the United States and Israel. Malaysia's sovereign-wealth fund, Khazanah Nasional, led a recent $27-million (Canadian) venture investment into Vancouver-based General Fusion.

The technology and innovation promotion community in Canada is also seeking new approaches to attracting Asian investors. Attracting leading Asian venture firms and Asian institutional investors as early partners in Toronto's ambitious "Innovation City" initiative could be a transformative step. At the heart of Innovation City, a six-million-square-foot aspirational technology community planned for the west side of downtown Toronto, will be OneEleven, arguably Canada's most successful emerging tech-company accelerator founded three years ago by OMERS Ventures, Ontario Centres of Excellence and Ryerson University. The expansion of the OneEleven program is expected to see the existing hub expand from 16 to 60 accelerated companies and 15,000 to 250,000 square feet of accelerator space.

Making it particularly relevant, OneEleven's focus on a cohort of proven, scalable businesses later in the funding cycle is well aligned with Asian investment culture, which favours more mature venture-backed companies. Bringing on board one or more leading Asian partners would both provide accelerator companies additional access to capital and opportunities to on board strategic investors who can help take their growing businesses to significant emerging markets in Asia.

As Asian investors become an increasingly important investor group globally, Canadian stakeholders would be remiss not to court them as partners. While a relatively small part of the Canadian venture-funding economy today, Asian partners will be a critical component of Canada's continued prosperity in the future. A pro-active and sustained effort is required to reach across the globe and realize the opportunity that Asia presents.

Opinion
Canada can be an AI leader. I left Silicon Valley to prove it
January 24, 2017
Opinion
How to make the Toronto-Waterloo corridor a technology supercluster
January 14, 2017 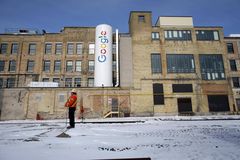 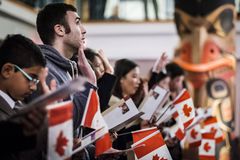