Allan Lanthier is a retired senior partner at Ernst & Young LLP and former chair of the Canadian Tax Foundation.

Liberal Leader Justin Trudeau suggested recently that while small businesses should indeed be paying a lower corporate tax rate, the rules should be tweaked to ensure that wealthier Canadians don't use the lower rate simply to reduce their tax bills. The suggestion precipitated howls of outrage from other political parties and business advocacy groups. But Mr. Trudeau's comments invite debate on a broader issue: Is it time to abolish the preferential rate altogether?

The small-business deduction reduces the federal tax rate on the first $500,000 of annual business income earned by a Canadian-controlled private corporation (or by an associated group of such corporations), provided taxable capital does not exceed $10-million. The federal small-business rate is 11 per cent, and the general federal rate is 15 per cent, a four-percentage-point differential.

The 2015 Canadian federal budget announced a further two-percentage-point decrease in the small-business rate (to 9 per cent) to be phased in over four years. The New Democrats have also proposed a 9-per-cent small-business rate, and the Liberals also seem comfortable with the general concept of a lower rate. Rarely has such a simple issue been misunderstood by so many.

It is true that many small businesses have only one or two employees (including, for example, professionals who may incorporate primarily to avoid personal taxes and access the lower corporate rates), and that an incorporated small business may benefit from income splitting and other tax-planning arrangements.

It is also true that there is no tax rule requiring that savings from the lower rate be invested in the business. However, Industry Canada estimates that 70 per cent of Canada's non-government labour force is employed by small businesses, and so surely a few percentage points of tax (and a bit of tax planning by wealthier Canadians) is a small price to pay to encourage job creation and economic growth. Or is it?

Based on Department of Finance estimates, the existing four percentage point differential reduces annual federal tax revenue by more than $3-billion. If the small business rate is further reduced to 9 per cent, the annual cost will be more than $5-billion. This is a significant cost that other taxpayers must bear, and there is little if any economic evidence supporting the proposition that the lower tax rate contributes to job creation in any significant way.

This is not surprising: A small business that takes full advantage of the lower rate this year would save just $20,000 (4 per cent of the $500,000 limit), hardly a springboard for business expansion. But with close to 700,000 small businesses claiming the lower rate, the aggregate cost is significant indeed.

Britain faced a similar problem. In 2006, its general corporate rate was 30 per cent, versus a small profits rate of 19 per cent. The 2007 budget announced a reduction in the general rate and an increase in the small profits rate, to reduce the differential between incorporated and unincorporated businesses, and to discourage individuals from "incorporating as small companies to avoid paying their due share of tax." In April of this year, Britain repealed the small profits rate altogether, and all British corporations are now taxable at the general rate of 20 per cent.

There is no doubt that small businesses are critical to job creation and economic growth in Canada. But it is precisely because they are so critical that it is important that tax incentives be as targeted and effective as possible. The small-business rate is neither, and it is time to stop spending billions of dollars of our federal taxes every year on a program of such dubious merit.

The Canadian economy – small businesses included – would be better served by a complete repeal of the lower rate, replaced by targeted measures such as tax credits and accelerated deductions for capital expenditures by small business. 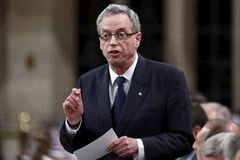 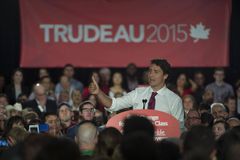 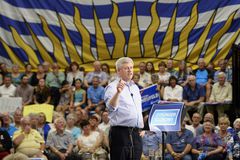