At the July, 2014, Monetary Policy Report (MPR) press conference, Bank of Canada Governor Stephen Poloz announced that the bank would be keeping its policy rate in "neutral" for the foreseeable future. While introducing a new catchphrase – "serial disappointment" – the MPR report and the Governor's comments gave short shrift to the overheated Canadian housing market, which continues to be fuelled by historically low interest rates. Despite conceding "particularly strong" price growth over the past year and "near record-high house prices and debt levels," the bank insists that housing is in for a "soft landing."

While the lack of housing market information has been a popular topic of late, a closer look at the little available info on housing prices may shed some light on why the bank has played down rising home prices, and why if or when the housing bust happens that the bank will say it didn't see it coming.

The Statscan NHPI information page gets right to the index's limitations: The NHPI is based on a survey of contractors, meaning the prices captured are contractor selling prices, not the final prices paid by new home buyers. This creates problems in adjusting new home prices for GST and other taxes, and would also underestimate new-home prices during periods of general housing price inflation.

Effectively, the NHPI is a survey of tract homes in peripheral urban areas, a small share of the Canadian housing market that's had a limited impact on surging home prices in recent years.

It's worth noting that NHPI is the only housing price data used in the consumer price index (CPI), despite the fact other housing-related CPI components (like mortgage interest) include resale homes and condos. Statscan is well aware of the NHPI's shortcomings; it recently proposed a major revision of the measure, and is exploring a broader Residential Property Price Index (RPPI) that would include the NHPI.

While the Bank of Canada does not publish detailed methodology for its RHPI, a bank representative noted: "The bank's Royal Lepage house price series is calculated as a weighted sum of the price of detached bungalow (weight = 0.75) and the price of executive detached two-storey (weight = 0.25). The price of each type of housing is in turn a weighted sum of subregions, with weights set to be the subregional share of units sold as of a fixed date in the late 1980s. The "units" data were obtained from the Canadian Real Estate Association."

However, the LePage survey collects "information on seven different types of housing," only two of which are included in the bank's RHPI. And those two happen to be among the most expensive and least (re)sold – which makes no sense, assuming the objective is to capture the large share of the housing market not captured by NHPI.

What's even more peculiar than the bank's RHPI is the fact it's not been referenced in the closely watched Monetary Policy Report (MPR) since October, 2008. And in the rare instance, it was "deflated by the total CPI" – which makes no sense, since what the RHPI includes is specifically excluded from CPI.

When asked to explain, a bank representative quite bluntly admitted the bank's RHPI was inaccurate, unreliable and "almost no one, in or outside the bank, uses this index." Asked why this information isn't indicated anywhere and why the RHPI the bank now uses isn't included instead, the representative suggested changes don't just happen "one day" (only in government – and maybe the Bible – could six years equal one day).

More recent Bank of Canada MPRs cite the Teranet-National Bank Composite House Price Index in place of its RHPI. The Teranet index uses matched-pair sales based on provincial land registry data. While the index includes condominiums, it's not clear how or whether they're accurately captured.

Not surprisingly, the NHPI and RHPI trends are significantly different. There's also a significant divergence between the Bank of Canada and Teranet price trends between 2003 and 2008. With respect to housing prices, bank policy over that period would have been guided by a RHPI that the bank now regards as inaccurate and unreliable, and a NHPI that Statscan concedes has major shortcomings.

While most analysts consider the Teranet RHPI to be fairly reliable and accurate, a reasonable argument can be made for separating out condos from other types of housing. The condo market differs from other housing markets, and has significantly driven up prices in the overheated Toronto and Vancouver markets. A complete reworking of the NHPI is long overdue.

While it's encouraging to see the Bank of Canada acknowledge and correct previous poor decisions, one can't help but wonder why it designed its RHPI as it did in the first place. One also can't help but wonder why neither the bank's now-discarded (yet still published and regularly updated) RHPI nor Statscan's current NHPI excluded condos. It's not as if the condo craze just arrived in Canada and took everyone by surprise.

Past decisions based on faulty data by the Bank of Canada and Statistics Canada can help explain why the Canadian housing market is where it is today. Hopefully recent and proposed changes to Canada's housing price indicators can help provide a more reliable picture of home price trends going forward. And hopefully they won't be too late in coming.

Sam Boshra is an independent Montreal-based economist and editor for EconomicJustice.ca. The author would like to acknowledge the help of Andrew Baldwin, a member of the Royal Statistical Society's RPI CPI User Group. 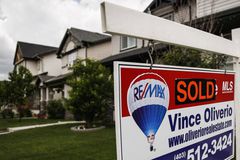 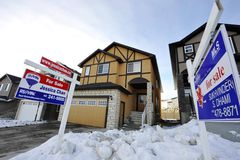 Survey finds honesty not always the policy for some loan applications
August 12, 2014 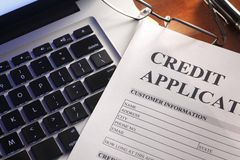 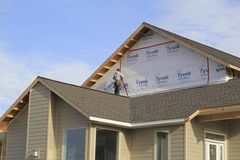 Data to answer if June high was a dream for housing market
August 10, 2014 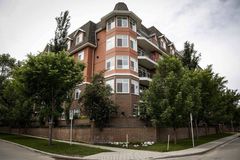 How a housing correction could take consumers with it
Subscriber content
August 11, 2014
Follow us on Twitter @globebusiness Opens in a new window
Report an error
Due to technical reasons, we have temporarily removed commenting from our articles. We hope to have this fixed soon. Thank you for your patience. If you are looking to give feedback on our new site, please send it along to feedback@globeandmail.com. If you want to write a letter to the editor, please forward to letters@globeandmail.com.
Comments