Necessity makes strange bedfellows, and you won't find much stranger than Saudi Arabia and Russia.

They are deadly rivals in the Middle East where Riyadh and the Kremlin are backing opposing sides in the continuing conflict in Syria.

The kingdom retains the status of friend and ally of the United States while American antagonism toward Russia seems to grow daily. In oil markets, Russia has invested billions laying pipelines with the aim of stealing Saudi Aramco's oil customers in the Far East.

It hardly has the makings of a marriage of minds or even wallets, you might think. However, Saudi Arabia is keen to do business with Russia, even to the extent of financing the Russian natural-gas industry. In December, the Saudi Energy Minister, Khalid al-Falih, attended the launch ceremony of Yamal LNG, a Siberian liquefied-natural-gas export project led by Russia's Novatek and Total SA of France.

Novatek said it was discussing investment opportunities with Saudi Arabia and Russian President Vladimir Putin used the occasion to brag, offering the Saudi energy minister a deal: "Buy our gas and you'll save oil."

It's not a bad idea: Saudi Arabia has an energy deficit, specifically a natural-gas shortage. The kingdom is notoriously wasteful of energy, subsidizing fuel for domestic users; so it is forced to squander its oil, burning crude to generate electricity. It would prefer to burn natural gas, to reduce pollution and to save the crude for export markets.

But the country's own natural gas reserves, which are vast, can only be tapped by pumping more crude oil, which works against its preferred strategy of being the world's swing producer of oil – selling into bull markets and holding back when prices are weak. Imports of LNG, therefore, sound like a plausible solution, even for a country that tops the world in hydrocarbon reserves.

But there are wider and more important reasons why Saudi Arabia is prepared to do business with a nation that has a troubled relationship with its minority Muslim population. In January, Russia agreed to continue collaborating with OPEC in restricting oil output in 2018, a deal that Saudi Arabia's oil minister claimed would lead to "decades and generations" of co-operation.

Such hyperbole and optimism is not unusual from OPEC members who are not known for their consistency and resolve. But in this case, we may be seeing a recognition by the Saudis that their future is more likely to be secured by common accord with the Kremlin than with their Arab neighbours. Three nations are today capable of producing daily output of 10 million barrels of oil: Russia, Saudi Arabia and the United States.

The shale revolution has pushed America into the super league of producers and the speed of response to market stimulus demonstrated by U.S. shale oil drillers has challenged Saudi Arabia's traditional role of swing producer. At the same time, static or shrinking demand for transport fuels in developed economies raise huge questions for a single-commodity producer. In a world where oil is abundant, how can Saudi Arabia sustain its economy by selling crude?

The timing of the point of peak demand is less important than how we got there and how oil producers and consumers manage the market, say Spencer Dale and Bassam Fattough, the co-authors of an Oxford Institute of Energy study, "Peak oil demand and long-run oil prices." There is little reason to believe, they argue, that when the peak is reached that demand will shift to rapid decline. With global oil production decline rates of 3 per cent per year, huge investment still will be needed to keep oil markets balanced.

Moreover, the weak prices that resulted from abundant shale oil were quite effective in moving U.S. crude oil consumption out of a 10-year decline into robust growth. What matters more than the timing of the peak is how oil-producing economies, such as Saudi Arabia, cope with a world of ever abundant crude oil.

Market logic dictates that, in such a world, the lowest-cost and most efficient producer wins the war for market share, knocking out countries with high-cost, low-return assets, such as heavy oil. Saudi Arabia's initial response to the shale oil-induced price slump was a classic example of predatory capitalism – kill the competition. OPEC's weakest members, such as Venezuela, were certainly crippled and shale producers went bust but America's output is again rising rapidly. More importantly, Saudi Arabia has been forced to run ruinous fiscal deficits to spare its population the huge social cost of the price war.

The question posed by the authors of the Oxford Institute study is whether the social costs for Russia or Saudi Arabia of knocking out higher-cost producers – say, in Canada or Britain – are sustainable over the long term of oil demand decline. Can Mr. Putin keep winning elections and can the Saudi royal family keep the lid on dissent if the oil price fell below US$30 for an extended period?

That might explain why the two giant producers are tentatively holding hands. It is cold in the Yamal Peninsula but that may be easier to bear than fires in Arabia. 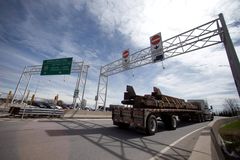 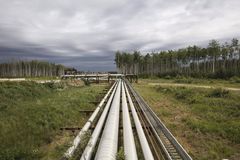 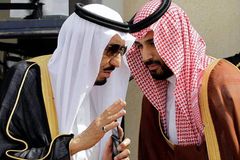