Six years ago, then Public Safety Minister Vic Toews was challenged over his plans to introduce online surveillance legislation that experts feared would have significant harmful effects on privacy and the internet. Mr. Toews infamously responded that critics "could either stand with us or with the child pornographers." The bill and Mr. Toews' comments sparked an immediate backlash, prompting the government to shelve the legislation less than two weeks after it was first introduced.

This week, telecom giant Bell led a coalition of companies and associations, called FairPlay Canada, in seeking support for a wide-ranging website blocking plan that could have similarly harmful effects on the internet, representing a set-back for privacy, freedom of expression, and net neutrality. The coalition's position echoes Mr. Toews, amounting to a challenge to the government and the Canadian Radio-television and Telecommunications Commission (the regulator that will consider the plan) that they can either stand with them or with the pirates.

While that need not be the choice – Canada's Copyright Act already features some of the world's toughest anti-piracy laws – the government and the CRTC should not hesitate to firmly reject the website blocking plan as a disproportionate, unconstitutional proposal sorely lacking in due process that is inconsistent with the current communications law framework.

The coalition, which also includes, Rogers, Quebecor and the CBC, has tried to paint the Canadian market as one rife with piracy, yet the data do not support its claims. For example, Music Canada recently reported that Canada is well below global averages in downloading music from unauthorized sites (33 per cent in Canada vs. 40 per cent globally) or "stream ripping" from sites such as YouTube (27 per cent in Canada vs. 35 per cent globally). Further, a 2017 report from the Canada Media Fund channelled the success of Netflix in noting that "some industry watchers have gone so far as to suggest that piracy has been 'made pointless' given the possibility of unlimited viewing in exchange for a single monthly price."

Even if there was an urgent issue to address, the coalition's proposal raises serious legal concerns. It envisions the creation of a new, not-for-profit organization that would be responsible for identifying sites to block. The block list would be submitted to the CRTC for approval, which would then order all internet providers to use blocking technologies to stop access to the sites. The courts would, remarkably, be left out of the process with the potential for judicial review by the Federal Court of Appeal only coming after the block list was established and approved by the regulator.

The limitations of blocking technologies, which can often lead to over-blocking of lawful content, raises immediate red flags about whether site blocking would be consistent with the Charter of Rights and Freedoms. For example, when Telus restricted access to a pro-union website in 2005, it simultaneously blocked access to an additional 766 websites hosted by the same computer server. Given the implications for freedom of expression, an immediate legal challenge would be a certainty.

The absence of full judicial oversight and the likely Charter challenge are fatal flaws in the proposal, but they are by no means the only ones. The CRTC stated in 2016 in a case involving Quebec's plan to block unlicensed online gambling sites that the law only permits blocking in "exceptional circumstances," which places the onus on the coalition to demonstrate that the plan would further Canada's telecommunications policy objectives. It does a poor job in this regard, relying on easily countered bromides that piracy "threatens the social and economic fabric of Canada," that the telecommunications system should "encourage compliance with Canadian laws" and that website blocking "will significantly contribute toward the protection of the privacy of Canadian internet users."

The CRTC should be particularly wary of establishing a mandated blocking system given the likelihood that it will quickly expand beyond sites that "blatantly, overwhelmingly or structurally" engage in infringing or enabling or facilitating the infringing of copyright. For example, Bell, Rogers, and Quebecor last year targeted TVAddons, a site that contains considerable non-infringing content, that would presumably represent the type of site destined for the block list.

In fact, legitimate online video services could become another target. In 2015, Bell Media executives claimed that Canadians who used virtual private networks to access U.S. Netflix were stealing. The prospect of targeting VPN use, which has many legitimate uses, has long raised concerns for the privacy community, but the website blocking plan could emerge as an alternative with demands to block unlicensed foreign online video services. The U.S. was so concerned about the possibility of Canadian blocking that it demanded a provision prohibiting the practice be included in the Trans Pacific Partnership.

The U.S., which typically is viewed as the world's most aggressive copyright enforcer, is notably missing from the list of site blocking countries. It considered the measure several years ago in controversial legislation known as the Stop Online Piracy Act (SOPA), which generated massive online protests and was killed before the voting stage. The U.S. Congress has been wary of introducing similar legislation ever since, a useful lesson for the CRTC and the federal government, who would be well advised to swiftly dismiss the ill-advised and dangerous Canadian site blocking proposal.

Opinion
Canada is now home to some of the toughest anti-piracy rules in the world
March 6, 2017 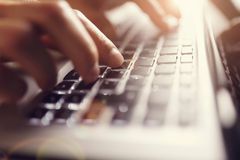 Opinion
Know your limit: The Canadian copyright review in the age of technological disruption
December 21, 2017 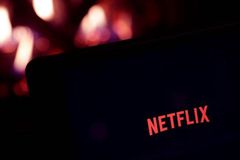