A bright spot has emerged amid the persistent gloom over Canada's supposed decline in research and innovation performance. Traditional innovation indicators such as corporate research and development spending only provide information on inputs to innovation, not outputs. Against a backdrop of falling corporate investment in R&D, it seems Canadian inventiveness has taken a turn for the better.

A new analysis produced by our Innovation Atlas of Canada sister company and based on United States Patent and Trademark Office (USPTO) data shows that by one measure inventiveness is actually on a roll. Looking at patent activity in the United States – the "gold standard" for understanding patent trends – we see that the number of patents awarded to Canadians between 2005 and 2015 was on a strong upward path. The number of utility patents (the most common type) granted to Canadians who were named as "first inventors" rose from 2,894 in 2005 to 6,802 in 2015, an increase of 135 per cent. And the number of all patent types granted to Canadians (including utility, design, plant, reissue and statutory invention registrations) rose in tandem, from 3,177 in 2005 to 7,492 in 2015.

This hardly represents a picture of declining national innovation. In fact, if declining corporate investment in R&D has led to rapid growth in patent activity, then perhaps we're on the right track. It is particularly interesting to note that the world economic crisis of 2008 had absolutely no effect on Canadian innovation levels as measured by patent activity. If anything, patent activity accelerated after the crash, even though corporate R&D spending was on the decline. This could reflect a growing awareness on the part of the corporate sector that sustained innovation and intellectual-property protection is important to future success.

It's one thing for Canadian innovation to be improving in real terms, but what about in relative terms – in relation to world innovation? After all, if Canadian patenting was expanding at a slower pace than world patenting, then our relative improvement would be less. Here, too, the data are encouraging.

The data show that Canadian patent activity has expanded more strongly than world patent activity – by about 30 per cent overall. Whereas world patenting expanded by about 107 per cent in the period, Canadian patenting expanded more than 135 per cent – as noted above. Furthermore, USPTO utility patents granted to Canadian first inventors comprised about 2.28 per cent of the world total in 2015, compared with 2.17 per cent in 2001 – another positive indicator.

Canada's patenting success story is strongly at odds with data that show our corporate investment in R&D has been declining for a decade or more. It is well known that the official R&D spending data do not capture all the essential features of innovation – only spending on research, which is merely one input among many to business innovation. Nevertheless, why should patenting be on the rise while corporate R&D is apparently falling? A number of explanations are possible. First, because most of the data tracking R&D spending come from corporate tax filings, they will be strongly influenced by any changes in R&D tax policy or how the policy is applied.

Secondly, modes of innovation may be changing – for instance, moving from in-house corporate R&D to contracted and partnered R&D – and spending figures do not capture this.

Thirdly, corporate R&D spending in Canada has always been dominated by a small number of large firms. The demise of Nortel and the recent troubles of BlackBerry eliminated billions of R&D dollars from the national total. When these outliers are eliminated from the pool of corporate performers, the underlying spending decline appears less severe.

Another consideration, which needs to be tested, is that more non-corporate entities (in particular universities, hospitals and colleges) are responsible for the increased patenting behaviour we have witnessed, not the corporate sector.

It could also be that an expanding pool of corporate research performers are more aware of the benefits of patenting their knowledge and are doing more of it, or that the same pool of performers is doing more patenting.

Regardless, nowadays it's good to find a ray of patenting sunshine amid a cloud of research-spending gloom.

Opinion
Canada could have benefited from a Chrétien budget 2.0
March 26, 2017 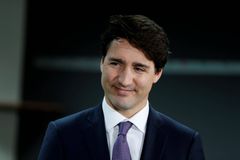 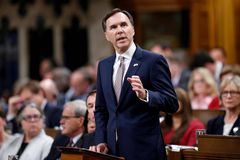