Allan Gotlieb is senior business adviser at Bennett Jones LLP, a former Canadian ambassador to the United States and undersecretary of state for external affairs.

More than a half-century ago, Pierre Trudeau's Liberals launched a foreign-policy review. It dealt with every region of the world but failed to address an issue of growing concern to Canadians at the time: how to deal with our rapidly growing economic dependence on the United States and our increasing vulnerability to its overwhelming presence in our economy. Similar concerns will no doubt occupy Prime Minister Justin Trudeau when he visits Washington in March.

It took two years for the government of Trudeau père to come up with recommendations. In the paper Canadian-U.S. Relations: Options For The Future, it proposed three approaches: (i) maintain the status quo; (ii) seek deeper integration between the two economies; or (iii) diversify our economic relations with other major powers – especially Japan and Europe – while strengthening Canadian control of the domestic economy. The government chose (iii), which became known as the Third Option.

In the early 1970s, when the strategy was announced, the United States was already the destination for approximately half of our global exports. By time of Mr. Trudeau's defeat in 1984, it was in the neighbourhood of 80 per cent. In other words, our trade dependency on a single market continued to grow by leaps and bounds, Third Option notwithstanding.

While Mr. Trudeau remained personally committed, the Third Option was met with deep skepticism in his own cabinet, the higher echelons of the public service and the business community. By the final year of its mandate, the government, facing a rising tide of protectionism from the U.S. Congress, sought sectoral free trade with Washington. This initiative also failed.

When Brian Mulroney's Progressive Conservatives took office in 1984, they espoused the option of deeper economic integration with the United States.

The Canada-U.S. free-trade agreement and its successor, the North American free-trade agreement, created the largest free-trade zone in the world at that time. Our exports to the United States nearly tripled, rising from approximately $95-billion (U.S.), when the treaty began to be implemented, to more than $240-billion a decade later.

But it soon became evident that the U.S. political system would impose limits on how deeply the two economies could be integrated.

The enormous amount of time and effort invested in these activities bear witness to the centrality of these goals in the Chrétien government's foreign policy. Although the terminology was different (Team Canada, not Third Option), the goal of diversification was unquestionably the same.

When Stephen Harper's Conservatives took office a decade later, they, too, sought economic diversification as a principal foreign-policy objective. This government espoused the goal of creating bilateral or multilateral regimes to enhance free trade. In pursuit of trade expansion, Canada negotiated free-trade agreements with a wide variety of small- and mid-sized economies, along with two major treaties that are not yet in force, the comprehensive economic and trade agreement (CETA) with Europe and the Trans-Pacific Partnership (TPP).

In sum, economic diversification through trade has been a centrepiece of Canadian foreign policy for more than 50 years. It has been pursued by Liberal and Conservative governments alike and has enjoyed the personal support and leadership of all our prime ministers.

Where has this led?

The good news is that Canada's total global exports have grown almost fourfold during the past quarter-century. Important new markets, such as China, Mexico and South Korea, appear in our top 10 export destinations. But Canada's dependency on access to the U.S. market has not diminished – far from it. In 2014, the United States took 77 per cent of Canada's total global exports. Export figures for previous decades all demonstrate the same phenomenon – approximately three-quarters of our total exports are sold in a single market.

But because our exposure to the U.S. political environment has grown greatly during this period, the consequences of our dependency on the U.S. market have changed: It has never represented so serious a threat to our prosperity. For example, Canada sends 99 per cent of its oil exports to the United States, making it far and away our most important energy-export market. Thanks to technology, Canada has become the world's fifth-largest producer of oil and gas in recent years, but as a result of U.S. President Barack Obama's arbitrary refusal to grant a licence for the construction of the Keystone XL pipeline (after an astonishing six-year delay), Canadian economic interests of staggering significance are being placed at risk. U.S. political forces are seeking to strand the vast bulk of our oil assets, an industry that currently produces about 13.5 per cent of our total exports, 50 per cent higher than a quarter-century ago.

Several other developments reinforce our predicament. In recent years, U.S. governance has become increasingly unpredictable and contentious, and its political system ever more beholden to special interests and powerful lobbies. Furthermore, as we learned from NAFTA, there appear to be no or few prospects for further integration through legal reform, a customs union or a grand political bargain linking national security and a common economic space.

What are the implications for Canada?

While the deep slump in world commodity prices highlights the importance of further diversifying our economy, exports from the resource sector will remain vital to our prosperity for the foreseeable future. At Davos, the Prime Minister stressed that Canada's economy "is a lot more than just natural resources." That's true, but natural resources are a lot of the Canadian economy. By the government's own measurements, they account for 20 per cent of our gross domestic product and 1.8 million jobs. The resource sector is also a major contributor to the innovation and high-value-services economy to which we aspire.

Foremost, therefore, is the requirement to build infrastructure that enables Canada to exploit its natural resources and serve new and growing markets in Asia and elsewhere. If our resources are available in only a single export market, our lack of leverage will make it impossible to realize their true value.

We will not succeed in building the necessary infrastructure without strong, assertive and far-sighted leadership on the part of our new federal government. Within Canada, the development of our natural resources faces significant legal, political, regional and local obstacles as well as the intervention of deep-pocketed and ideologically motivated foreign lobbies.

We are fortunate to have a majority government with a presence in all parts of the country. It is now according a welcome high priority to our relations with China, our second-largest trading partner. But as our political leaders pack their bags once again in pursuit of trade diversification, perhaps they should ask themselves: Why travel the world with samples if the goods are not available?

We don't need a foreign-policy review to tell us that. 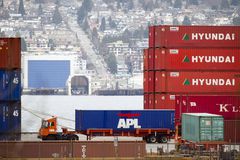 On trade, Trudeau Liberals want to have their cake and eat it too
Subscriber content
February 5, 2016 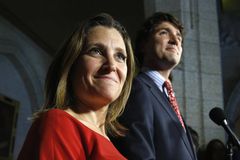 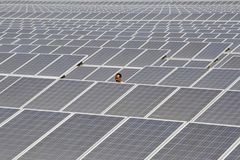