Adam Froman is CEO of Delvinia, a Toronto-based data collection scale-up, and a member of the board of directors for the Council of Canadian Innovators.

On the heels of the recent federal budget announcement, the Council of Ontario Universities applauded the $3.8-billion in funding for scientific research as recognition that university research is "a vital ingredient in the country's long-term wealth and prosperity."

I couldn't agree more. The funding is recognition of the role Canada's postsecondary institutions have in our economy and the tremendous value created by researchers advancing knowledge inside Canadian higher-ed institutions.

But if that funding is going to have a measurable and long-term impact on Canada's wealth and prosperity, universities need to step up and deal with a major problem: brain drain. They need to join the voices advocating for a national talent-retention strategy.

Without such a strategy, an increasing number of students graduating from publicly funded science, technology, engineering and math (STEM) programs will continue to leave Canada each year to accept positions south of the border. This continued technology brain drain has negative effects on both our technology sector and on our national economy.

It's time to stop the bleeding. It's time that both government and universities recognize the role they can play in being part of the solution and call for a task force for examine the roots of Canada's brain drain and find meaningful solutions for it.

Based on the 2017 University of Waterloo graduating class profile, 60 per cent of software-development engineers left for the United States.

According to the Brookfield Institute, almost 6 per cent of overall employment is in the technology sector and growing. In fact, a recent study estimates there will be 220,000 job vacancies projected for Canadian technology firms by 2020.

Given the need to retain talent within Canada, our government could take a more active role in encouraging the support of universities in the creation of Canadian jobs and in forming a stronger relationship with Canadian technology firms.

Canada's most promising technology companies offer thousands of job opportunities across the country, yet many remain unfilled owing to lack of STEM talent available in Canada. To deal with talent shortage, Canadian scale-ups – companies generating more than $10-million in revenue and rapidly expanding – frequently hire workers in foreign countries while watching their Canadian peers leave for Silicon Valley. At the same time, Canadian taxpayers are generously subsidizing our universities without any strategies for collaboration with domestic innovators who can create jobs for their graduates and commercialization of their research.

Adding insult to injury, numerous student blogs report that some of the top Canadian publicly funded academic institutions are actually encouraging their graduates to leave Canada and work in companies in the United States, promoting a "California-or-bust" maxim on their campuses. A national talent strategy would help to address the importance of helping Canadian scale-ups to fill their job openings with top graduates coming out of our universities, supporting the long term economic prosperity of Canada. It would help to address the need for metrics for academic institutions and reward institutions that create a pipeline of talent working for the benefit of Canadian economy. It would ensure maximized outputs for talent created in publicly funded academic institutions. And it would create a thoughtful discourse between government, academia and industry – all with the goal of advancing the Canadian economy.

As a Canadian technology scale-up, Delvinia is working hard to be part of the solution for the long-term economic prosperity of Canada. We are just one of many companies who would eagerly participate in a task force that would deal with Canada's brain drain.

We have a long-term view to ensure that Canada remains a great place to work, live and play and we believe Canadian technology firms can provide high-paying job opportunities for our fellow citizens.

It's time for both our government and academic institutions to support this vision and to do their part in helping grow our national economy. 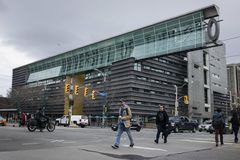 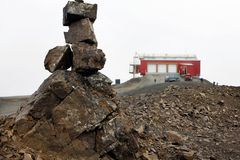 Opinion
Fighting the flu: We need a new kind of intelligence
January 22, 2018 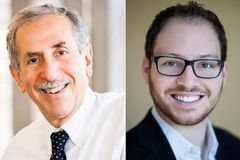