Elmira Aliakbari is research director and Ross McKitrick is chairman of the Frontier Centre for Public Policy's energy, ecology and prosperity program.

Canadian energy producers have been dealing with a triple whammy of low oil prices, unfavourable policy changes and the Fort McMurray wildfire. Two weeks ago, Saudi Arabia's new oil minister declared a ceasefire in the two-year-old oil war with the shale industry. Saying that "the oversupply has disappeared," he clearly signalled that there is no further reason to fight over market share. Does this declaration promise relief from one of the challenges the Canadian oil industry has been facing? The answer is maybe, at best, because there are still geopolitical factors that will work to keep prices down.

The oil war began in mid-2014, when prices slumped significantly due to the U.S. shale industry boom. This surge in production, which unbalanced the market, undermined the four-decade long dominance of the Organization of the Petroleum Exporting Countries cartel. In response, Saudi Arabia, as the world's largest oil exporter, refused to play its balancing role to support prices and instead opted to maintain its market share. As such, it flooded the market with oil and forced prices down in an attempt to squeeze out higher-cost producers, such as those in the U.S. shale fields and Canada's oil sands.

This policy had mixed results. Amid the collapse of oil prices, the U.S. shale industry remained more resilient than expected and the reduction in supply was smaller than originally thought. According to the U.S. Energy Information Administration, total U.S. production has decreased 7.9 per cent from April, 2015, and those who survived did so mainly by slashing capital investment, suggesting that near-term production growth of U.S. producers will be slow. This reduced production has perhaps played a role in the recovery.

However, although Saudi Arabia's aggressive oil war led to lower U.S. oil production, the main driver of the last few months' recovery of oil prices is unexpected supply outages from Canada and Nigeria. The Fort McMurray wildfire reduced oil production by up to 1.5 million barrels a day. In Nigeria, oil output has plummeted due to sabotage by the Niger Delta Avengers. In addition, there is a possibility that the oil exporting terminal in Libya, which has been shut since 2004, will reopen, adding 600,000 barrels of daily capacity.

The upcoming return of missing barrels from Canada and other countries will offset the impact of declining U.S. production and potentially cause another oil glut.

There are also other potential oversupply issues connected with the Saudi "oil war" policy. In addition to a desire to compete with the U.S. shale industry, Saudi Arabia had political reasons to pursue the strategy of keeping oil prices low. There have been persistent rumours that Riyadh used tumbling oil prices, and the resulting lower revenues from oil exports, as a weapon to punish Russia and Iran for their support of the Assad regime in Syria. Iran, at the time, was also suffering from low revenues as its exports were significantly curbed by international sanctions.

Yet, as with the U.S. shale industry, Saudi Arabia's competitors did not react as expected. Rather than retreating, they started to aggressively expand their production, flooding an already glutted market. Russia redoubled its production efforts, ratcheting up exports in order to increase its market share and compensate for revenue losses induced by low prices. Iran, similarly, restored its oil exports after international sanctions were lifted and vowed to ramp up its production and regain its market share.

There are some signs that these competitors are willing to co-operate to reduce market flooding, but there are no guarantees. In April, major oil producers – OPEC members plus Russia, Mexico and five other non-OPEC countries – had a meeting in Doha to discuss a production freeze in order to push the prices up, but the meeting ended without agreement. With Iran in particular, there is a strong motivation to maintain high production to compensate for lost revenues during sanctions.

In addition to the factors affecting the supply side of the oil market, growing concerns over China's slow economic growth compounded with uncertainties created by Britain's recent Brexit vote could be other factors preventing a rebound in oil prices.

Although Saudi Arabia's intention to end the oil war might have returned optimism to Canada's oil sector, there is little reason to believe that prices will rise significantly in the short term. 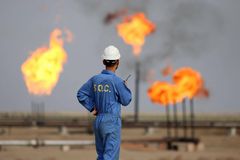