Canada's international-trade aspirations are facing serious problems, none of which are Prime Minister Justin Trudeau's fault, but all of which are likely to cause his government significant headaches in the short term.

It appears that both major free-trade agreements Canada had been poised to join – the Comprehensive Economic and Trade Agreement with Europe and the Trans-Pacific Partnership – are now either dead or in a deep coma. The likely demise of both sweeping treaties is due to different immediate factors, but related to a general pushback against elitism and globalization by populations in Europe and the United States.

As for CETA, the head of the European Commission, Jean-Claude Juncker, recently reversed the EC's previous direction to hold a vote to approve CETA in the European Parliament only; ratification of the trade treaty between the European Union and Canada will now have to proceed in each national legislature of the 28 EU members, in addition to the European Parliament. Given the anti-establishment and anti-trade forces in some EU countries, passage will be almost impossible. It appears that CETA is in a deep coma.

Worse, the Trans-Pacific Partnership is likely now dead because both major U.S. presidential candidates are on the record as opposing it. Republican nominee Donald Trump used opposition to the TPP – as well as to the 25-year-old North American free-trade agreement – as a populist rallying point for his insurgent campaign. So did Bernie Sanders on the Democratic side, albeit from a different political perspective, namely the left's natural aversion to free trade and globalization. But the result is the same: TPP became a dirty word in this U.S. election cycle.

The nail in the TPP's coffin may have been hammered by Mr. Sanders, in his speech to the Democratic National Convention endorsing Hillary Clinton. In his tirade, he appears to have announced that Ms. Clinton would not be supporting the TPP – perhaps it was one condition attached to his endorsement of her candidacy. The Democratic Party platform does suggest that support for the TPP is facing a higher bar.

So, what is Canada's Plan B?

It is a cliché, but yes, Canada is a trading nation: International commerce accounts for about 45 per cent of our gross domestic product. But if we keep missing good opportunities, our economy won't grow fast enough to support our socio-economic aspirations. For Western Canadians, already suffering from two years of depressed oil prices and with major energy projects including pipelines, liquefied natural gas terminals and the oil-sands projects all facing major hurdles, the light in the tunnel was the prospect of major trade deals with Asia and Europe to export more agricultural, beef and forestry products in the hope of partly making up for the collapse of oil revenues.

Negotiating individual agreements similar to the TPP with all the other Pacific Rim countries – Australia, Brunei, Chile, Japan, Malaysia, Mexico, New Zealand, Peru, Singapore and Vietnam – is unrealistic. Canada's prize for joining the TPP was twofold: First, it would have modernized many aspects of NAFTA with the United States and Mexico and ensured that we have as much access to these markets as the other signatories. The second prize for Canada was access to Japan's market.

Therefore, one aspect of our Plan B should be to pursue a bilateral free-trade agreement with Japan.

As for Europe, as long as CETA is in a coma, the only agreement to be negotiated now is with Britain, which doesn't matter as much after its vote to leave the EU.

It is a shame that both of these carefully negotiated trade agreements fell victim to bad timing and bad politics. For CETA, part of the problem was the time it took to translate the agreement into the five EU working languages and performing the legal vetting in all five languages; for the TPP, it was mostly due to populist politics in the U.S. electoral cycle. As a result, Canada must now dust off a Plan B for trade. 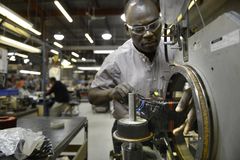 Opinion
For Canada and Europe, now is the time for bridges, not walls
July 7, 2016 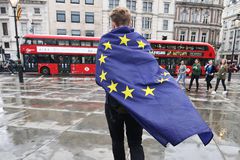 Opinion
We don’t have to wait for ratification – parts of CETA can be implemented now
July 6, 2016 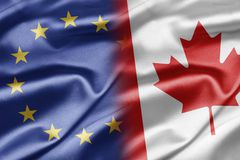