Lauren Heuser is a lawyer and journalism fellow at the Munk School of Global Affairs.

Since it arrived in Canada three years ago, Uber Technologies Inc. has been taking riders away from taxi cartels that were previously protected by fixed prices and restrictions on competition.

In disrupting a staid industry, the transportation network company has been a pro-competitive force. But its market platform and surge pricing model could attract the attention of competition authorities and regulators.

Two-sided platforms can sometimes have a first-mover advantage. If they "can get the platform right early on, and attract users on either side of the platform, [they] may well take off," said Andrew Little, a competition-law partner at Bennett Jones LLP.

Uber has certainly taken off. It's expanded into 58 countries and 300 cities in just five years. Its largest competitor, Lyft Inc., operates in a mere 65 cities, all in the United States.

The ubiquity of the Uber app on users' smartphones could make it difficult for competitors to gain a foothold in markets where Uber is already established. Passengers may not care to load multiple apps or learn a new one, and drivers may in turn have little incentive to migrate to another platform. To the extent that drivers or passengers were prevented from moving to alternative platforms that offer lower costs or greater benefits, there would be a risk of Uber reducing the overall efficiency of the passenger transport market.

But Uber's market power alone would not be sufficient to warrant action by Canada's Competition Bureau.

Mr. Little said the dominance of a two-sided platform is only a potential concern for competition authorities if a "platform gets to that situation through anti-competitive means." The bureau might take action, he said, if a company is acquiring smaller competitors through mergers that substantially lessen or prevent competition, or if a company that controls a market is engaging in anti-competitive acts.

Dr. Ralph Winter, an economics professor at the University of British Columbia, does not view Uber as presenting such concerns. Its contracts don't prevent drivers or passengers from using another platform, he noted, and "there are substitutes available."

A bureau spokeswoman confirmed that the bureau would only take action against Uber if "we believe that anti-competitive conduct is occurring."

In 2009, it launched an investigation into whether Visa Canada Corp. and MasterCard International Inc. – which control more than 90 per cent of the Canadian credit card market – were imposing restraints on merchants that had the effect of driving up the fees charged for network access.

And in 2011, the bureau brought an action against the Toronto Real Estate Board (TREB), alleging that it was abusing its market dominance by restricting licensed real estate agents from making home data publicly accessible on its Multiple Listing Service website. The bureau has argued that the restrictions make it difficult for low-fee brokers to offer information to Canadians interested in buying and selling homes without an agent.

In both cases, the companies argued that their restraints are necessary to protect and enhance the value of the two-sided platforms for their user bases. In 2013, the Competition Tribunal ruled in favour of Visa and MasterCard, putting the onus on government to address the bureau's concerns by changing the regulatory framework. Last year, Visa and MasterCard submitted voluntary proposals to Ottawa that promised to reduce their fees. The government thereafter issued a statement saying there was no need for it to regulate the interchange rates. The tribunal's decision on the TREB case is still pending.

The pricing algorithm allocates a higher hourly income to drivers during periods of peak demand in order to attract more drivers. The technology magazine Pando claimed in an article last summer that Uber drivers were using a new communications app, Blinkr, to form agreements to go offline in unison, in predetermined geographical areas, in order to cause Uber's surge pricing to take effect.

Under Canadian competition law, it's a criminal offence for separate suppliers of a service to agree to fix, increase or control the price of the service. Collusion to trigger Uber's surge pricing would appear to contravene this law.

An Uber spokesman would not comment on whether the company has any policies or tracking mechanisms in place to prohibit or prevent drivers from colluding for this purpose.

Notably, drivers engaging in this conduct are not employed by Uber. The company's obligation to prevent this practice from occurring is therefore unclear. A bureau spokeswoman said the bureau's role "is to advocate for competition and to enforce the Competition Act. It is with regulators to decide whether to impose tracking requirements or other obligations on transport service providers."

Uber's conflict with the taxi industry is already fully blown, as the recent cab driver protests in Toronto made clear. But the challenges for competition authorities and regulators may just be beginning.

Hitting roadblocks across Canada and around the world, Uber strives for a kinder, gentler image
May 28, 2015 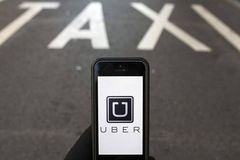 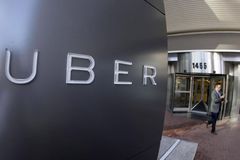