No one is ever happy about paying more for anything, including Netflix.

But Canadians should be.

Quebec is on the right track in seeking to apply its provincial sales tax to the popular U.S.-based movie and TV streaming service.

Other provinces would be wise to do the same.

The tax system has fallen badly out of step with the digital economy – not just in Canada, but around the world. So much of what we consume has been digitized, transformed into services and moved to the cloud. But that doesn't make it all substantially different, or beyond the reach of taxation. Downloading songs from iTunes or purchasing vinyl at a store is still buying music. The same applies to streaming a movie or going to the theatre or using Uber rather than hailing a cab.

You pay sales tax on Bell's Fibe TV, Rogers cable service or an online subscription to The Globe and Mail.

So why are foreign-based services such as Netflix, Apple iTunes and Spotify getting a free pass?

Initially, regulators and policy makers bought into the argument that taxation would cripple the economy by stifling nascent technology and slowing the spread of the Internet. That rationale just doesn't cut it now that the Internet is ubiquitous and hugely profitable.

Another frequently cited reason for not taxing foreign streaming services is that forcing offshore companies to collect sales tax would be too difficult. Governments say there is little they can do to enforce a sales tax regime or conduct audits on a foreign business such as Netflix.

It's also true that tracking down where subscribers reside and consume services in the digital age isn't easy. Consumers can also use special software to bypass high-tax jurisdictions when they subscribe.

Canada should also work with its trading partners on a global Internet tax protocol, either through the World Trade Organization or the Organization for Economic Cooperation and Development. A key question is whether the U.S. would play along, given that it's home to many of these Internet giants and doesn't have a national sales tax.

The European Union is also grappling with ways to get technology giants, such as Amazon, Google and Apple, to pay their fair share of taxes. The European Commission, the EU's executive arm, proposed three options last month for taxing Internet-based companies, including a sales tax and a levy on online ads.

Several U.S. states and cities have already moved to tax Netflix and other digital services, including Pennsylvania, Florida, Washington and North Carolina. The City of Chicago extended a 9 per cent amusement tax to streaming services in 2015, but the tax has been suspended pending a court challenge. Several other U.S. jurisdictions are watching these experiments closely with an eye to matching them.

For many governments, it's not just about tax equity between services, but about recapturing lost tax revenue. Tax revenues from pay-TV subscriptions and video rentals have fallen dramatically. At its peak in the mid-2000s, Blockbuster Video had nearly 10,000 outlets in the U.S. Today, there are none.

The reasons for taxing Internet-based services are compelling. It's about treating competing services fairly, discouraging the offshoring of a vast swath of the economy and getting many of the largest companies in the world to play by the same rules as every other business does.

Unfortunately, Ottawa has badly framed the taxation of Internet services as a tax on Netflix and a surrogate for Canadian content requirements. The highlight of Heritage Minister Mélanie Joly's recent overhaul of cultural policy was a commitment by Netflix to spend $100-million a year on Canadian productions. In return, Netflix gets to stay free from the taxes and domestic content requirements that apply to other domestic broadcasters.

Taxing online services is not about targeting one company or promoting Canadian content, though provinces spend the money on Cancon if they want.

It's about tax equity and fairness. Canadians should pay taxes on all the services they consume, or on none of them.

If Netflix remains tax-free, so should your cable or newspaper subscription. 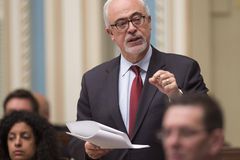 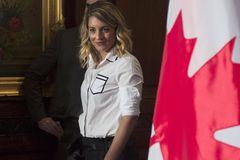 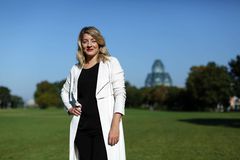