If Donald Trump and his oily buddies are not taking climate change seriously, some of the world's biggest cities are. The 20 members of the Carbon Neutral Cities Alliance are committed to reducing their carbon emissions by 80% by 2050. Toronto is a member, and its plans include using more deep-water cooling for office air conditioning and doubling its tree cover. Vancouver wants to rely more on sources like biomethane and renewable electricity to power cars.

City officials think the goal is achievable, given the improvements in renewable energy technology, the ratification of the Paris climate change accord last year and the recognition by China, the world's biggest polluting nation, that carbon emissions are heating the planet and choking its inhabitants. But before the cities get their hopes too high, they should look at a carbon-neutral attempt on a small island that should have been a how-to guide for a clean-energy future. Instead, it's turned into a cautionary tale, in large part because it didn't get the electricity storage component right.

El Hierro is the smallest of the seven main Canary Islands, property of Spain, that lie off the coast of Morocco. It has a population of 10,700, covers 278 square kilometres, and is a favourite of beach lovers, scuba divers and hikers. In 2000, UNESCO declared the spectacular volcanic island a biosphere preserve. At that point, residents decided to get serious about cleaning up their paradise by ditching all electricity generated from fossil fuel and switching completely to renewable power.

On paper, El Hierro seemed to be an ideal candidate for meeting the 100% renewables target. The island's smelly and noisy electricity generators burned 6,000 tonnes of diesel a year. The eastern Atlantic trade winds, in theory, could end El Hierro's fossil fuel addiction almost overnight. But wind turbines alone would not do the trick, since the wind does not always blow. So the islanders decided to create a closed-loop system that would feature five turbines, with a combined capacity of 11.5 megawatts, two water reservoirs and two water pipelines.

When the winds were strong, the surplus electricity generated by the turbines would power pumps to send water 700 metres uphill to a reservoir formed by the crater of the extinct volcano. When the wind died, the reservoir would be drained to spin water turbines, with the water collecting at a smaller reservoir near sea level. In effect, the upper reservoir would act as an energy storage device, as if it were a battery.

A consortium was formed to put the so-called Gorona del Viento El Hierro project in place. Owned 60% by the island's government, 30% by the Spanish utility Endesa and 10% by the Canary Islands Technological Institute, Gorona was budgeted at €65 million—more than €6,000 per resident—of which €35 million came from a Spanish government grant.

The flattering reviews started well before the project came into full production in 2015. In 2014, Britain's Daily Mail called El Hierro "the world's first island powered entirely by wind." The New York Times quoted Tomás Padrón, then El Hierro's top official, gushing about "a world-class model for us all." Travel brochures called El Hierro "100% sustainable," all the better to tap into the greenie holiday market.

Too bad none of it was true. El Hierro is nowhere near energy self-sufficient and is still burning large amounts of diesel to keep the lights on. Roger Andrews, a British-born geologist and geophysicist who writes for the energy and climate website Energy Matters, recently called Gorona "a poorly conceived and heavily oversold project which has no chance of ever reaching its goals."

By simply reading the public grid data, he learned that Gorona's electricity production from renewables in 2016 ranged from 19.8% per month to 65.9%, and an average of just 41.1%; diesel supplied the rest. With such dismal results, Gorona has been restricted to trumpeting only small victories, like the 55-hour stretch last July when all of El Hierro's electricity came from renewables.

What went wrong? According to Andrews, just about everything. The project was too small and the grid proved unstable when the turbines were spinning hard, dumping too much electricity into the system. The wind was too weak during many months. But the most serious shortcoming was the storage component—the reservoirs. They should have been at least 20 times larger, he says.

Toronto, Vancouver and other cities in the carbon-neutral alliance have plans to generate vast amounts of renewable energy. But the El Hierro project suggests reports of the death of the fossil fuel era are vastly exaggerated. The time will come when projects like it will make sense. But they will require much better planning, a lot of capital and a breakthrough in technology: the development of affordable large-scale batteries that would store electricity more efficiently when the wind doesn't blow and the sun doesn't shine. 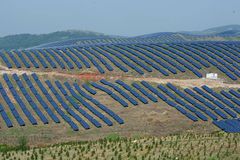 A stock to consider: AGT, the world’s leader in lentils Subscriber content
June 19, 2017
Follow Eric Reguly on Twitter @ereguly
Report an error Editorial code of conduct
Due to technical reasons, we have temporarily removed commenting from our articles. We hope to have this fixed soon. Thank you for your patience. If you are looking to give feedback on our new site, please send it along to feedback@globeandmail.com. If you want to write a letter to the editor, please forward to letters@globeandmail.com.
Comments