If Canadian TV business journalism has a superstar, it is Amanda Lang, who has spearheaded CBC's coverage of the economic world for the past six years. Lang, 45, is leaving the public network to host an evening show on the new Bloomberg TV Canada channel. Early this year, she was the target of intense criticism for alleged pro-business bias, which stemmed from her involvement in a story about the Royal Bank of Canada at a time when she was in a relationship with an RBC board member. An internal CBC investigation found her conduct adhered to the network's standards.

Why are you moving on?
It's part of a thought process that goes back a couple of years. I love the TV-video content I'm creating and I love business journalism, but you get the sense the over-the-top disruption of broadcasting will happen with formidable speed. How do you keep doing what you do on a platform that will survive? Bloomberg was launching in Canada, and that means access to millions of desktops worldwide. We started talking a year ago and here we are.

Aren't you just mad at the CBC for last winter's tumult?
It was a tough time, but it was always clear to me that I had the backing of the organization, and that mattered a lot. In some ways, it made it harder to contemplate leaving.

Was there always a cultural conflict — a high-profile business reporter in an organization where business is an anathema?
You don't have to dig very far to find a real anti-business sentiment among journalists in general. Dare I say more so at CBC? I don't know. There is a kind of natural mistrust of anyone who is even neutral. But to me, businesses are benign entities that do a lot of good, including employing a lot of us. It is people making things, working hard.

But how do you respond to charges you are blatantly pro-business?
I am not a booster. I am not a cheerleader. I have looked bank CEOs in the face and said, "Please tell me why you deserve to make the money you do—it's way too much." There are times when it is our job to underline how badly behaved business sometimes can be. You can only credibly do that—and be heard by the business community and others—if they don't think you started with the view that they were bad to begin with. I have a non-bombastic, non-aggressive style of interviewing, but it actually elicits a lot of information.

What did you learn from the RBC uproar and how your private relationships became an issue?
I was very naive about how private I could be about my life. My sensitivity around what people need to know is higher now. I did not go over the line journalistically. But one thing I regret is that there are a couple of producers I might have disclosed [the relationship] to. We would have talked about whether doing an interview [with RBC's then-CEO Gord Nixon] was appropriate. I believe they would have said it was.

Will it be different working for Bloomberg?
It is more important to bring a critical eye to this stuff, and be heard by the business community. There are big issues around how capitalism is failing and business alone can fix it, in the same way that threatening Lower Manhattan with rising sea levels is our best bet for fixing climate change. They need to appreciate that inequity will come home to roost.

Did you miss Kevin O'Leary, your former co-host?
The live sparring was fun. I liked him, but not always what he said. Sometimes I found it abhorrent. We had worked together for 12 years at two networks. When he left in 2014, I had an existential moment: Who am I on TV without Kevin? The numbers for The Exchange with Amanda Lang were really good—better than with him. It was gratifying that the new CBC show reached a strong audience. 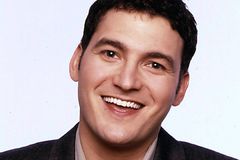 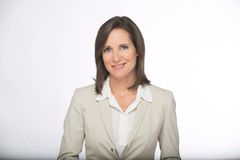 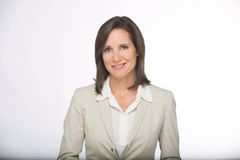 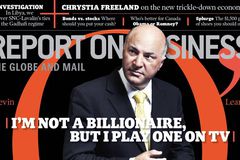