It seems like almost everyone can see what the next big economic bubble will be. An alarming study released by Moody's Analytics in July shows the astonishing growth in the volume of U.S. student loans over the past five years. There are now nearly $1 trillion (U.S.) worth outstanding. Canada is in better shape relative to our population, but the total, as of August, was a hefty $22 billion.

At first glance, the situation looks disturbingly like the run-up to the mortgage meltdown of late 2008. Both home mortgages and higher education have long been touted by governments as solid, even virtuous, investments. The consumer borrowing in response to this encouragement has been greatly facilitated by the wizardry of high finance, in the form of mortgage-backed securities and so-called Student Loan Asset Backed Securities (or SLABS). In a more chilling parallel, legendary U.S. short seller Steven Eisman, who targeted real estate securities infected by sub-prime mortgages for years before the 2008 market crash, has been shorting the education sector for two years.

Look at things more closely, however, and a key and ironic difference emerges. The mortgage crisis had the decency, you might say, to punish all involved: financial institutions, governments and borrowers. The student debt crisis, by contrast, seems poised to disproportionately punish those who have the most to lose: students at the beginnings of their working lives. Piling almost the entire burden on borrowers will also have huge longer-term consequences.

To put this in context, remember that tuition increases have massively outstripped inflation over the past few decades—the tab has climbed 400% in the U.S. over 30 years and 200% over 20 years in Canada. Clearly, graduating in the weak job markets of 2011 and 2012 is going to be challenging for a student carrying, say, $50,000 in debt.

For graduates who can't find jobs, the situation will be much worse, because they can't escape their financial obligation. Student loans in the U.S. are nearly impossible to discharge by bankruptcy. The situation is only marginally better for students in Canada: Unemployed young grads have to survive seven years out of school before filing for bankruptcy is an option, and even then the federal government can object and require them to pay off their student loans.

A house you can always walk away from. The "investment" in education is becoming an albatross around the neck of a generation, and they have no way of leaving it behind.

Will anyone emerge smelling like a rose if the student debt bubble bursts? Ironically, it may be the educational institutions that, at least in the U.S., have facilitated student debt so lavishly through SLABS and benefited so handsomely from the tuition fees and the aura of cultural virtue that has grown around education generally. Universities will probably do just fine, thanks to the waves of Chinese and other international students flocking to North America in ever-greater numbers.

This bubble may have a particularly bitter aftermath, however, as a generation of North American students is disillusioned, at untold long-term cost to domestic confidence in education, while universities simply turn to educating the emerging generations of other countries.

Timothy Taylor is a Vancouver-based author.

Credit card debt or student loans - what should we pay off first?
April 20, 2011 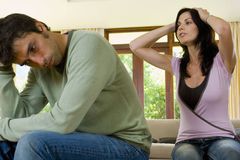