A friend e-mailed me recently, complaining about his new iPhone 4S. He'd been trying to set up a shared calendar with his wife and ended up so confused he had to consult the product manual. "I've never had to do that with an Apple product before," he wrote.

Given that Apple has long been known for its clean and intuitive graphical user interface, my friend's experience raises a question that's been asked a lot since Apple co-founder Steve Jobs died in October: Can the brand's core attributes be protected without him?

We won't know for a while, although there's been rampant speculation about what aspects of Jobs's leadership will be missed the most. He was famous for being a control freak, for example, his fingerprints on every stage of product development. Tim Cook was appointed as CEO last August, yet even Jobs noted that Cook isn't really a "product guy." Then there's the charisma factor. Jobs was both loved and feared, and his style kept Apple management on its toes.

Cook, by all reports, isn't the screaming kind. So maybe the Apple workplace will be a little more relaxed, but also less motivated to shine without the hovering threat Jobs once represented.

In fact, it was Jobs himself who stated most clearly what Apple would lose when he was gone. In a 1995 interview with veteran tech journalist Bob Cringely, re-released after Jobs's death, he said two very notable things. The first is his now-famous quip that "the only problem with Microsoft is they just have no taste." The second, in a more reflective moment, came when Jobs observed, "People like symbols. So I'm the symbol for certain things."

The interview took place two years before Jobs returned to Apple, which had struggled after he was ousted in a boardroom showdown in 1985. What he understood, even before he rejoined the company, was that his personal style would lead Apple to get certain things right again: the look and feel of the product, the mystique around product release, the cheeky opposite-of-Microsoft/IBM marketing and, of course, those brilliant product choices. A music player just when one was required. A cool phone just when phones got smart. A tablet just when computer design seemed to have grown static. Those were products of his taste and his personal energy, and Jobs himself would become their unifying symbol.

That personality transfer put a human aura back around Apple products. As branding experts will tell you, it's the brands that acquire the qualities of human personality that grip the consumer imagination firmly. Apple did that, and it was able to do it because of Jobs. The absence of the charismatic control freak, the feared leader, may present challenges to the company, but the absence of his personality will be the most problematic. Without its human symbol, the brand will become more vulnerable to competitors.

Nothing highlights that better than the viral success of a new commercial from Samsung that hit the Internet in November. The ad mocks rabid Apple fans waiting in line for a chance to purchase their product by showing their ill-concealed envy at the sight of a larger 4G phone by Samsung. Their devotion to the Apple brand is shown to be ludicrous if you only consider product features.

Which returns us to my friend's issues with his iPhone 4S. It isn't so important that Jobs didn't supervise every stage in its development, which overlapped his illness. What's critical is that it's the first Apple product marketed in the absence of the affirming presence of Jobs himself. Without Jobs, it's just a phone.

That loss of Jobs's aura, haloing Apple's products with good taste, will be the heaviest. 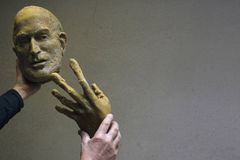 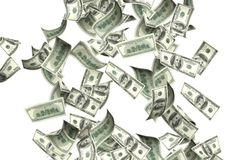