For professionals, a more comprehensive and complete database of Canadian corporate information is available for purchase in the Globe Data Store. We have improved on what we have offered in previous years in two separate packages based on whether your needs are research or sales prospecting. Find in-depth financial and contact information, total compensation for every CEO on the Top 1000 and more.

Last autumn, one of the pillars of the Canadian economy—and the primary engine of its recovery coming out of the Great Recession—began crumbling. And the sharp drop in oil prices was not the end of the bad news for the energy sector. As the descent picked up speed into the new year, it became clear that global supply and demand might not get back on speaking terms for some time. Worried producers began slashing budgets, laying off thousands of people and shelving massive projects.

By this spring, the prominent victims of the oil massacre would include not only various oil sands, pipeline and other energy-related developments but a raft of activities tailored to meet the energy sector's once-voracious appetite for everything from construction, labour, materials and equipment to commercial real estate. Alberta's dizzying fall took it from Canada's economic heights to the brink of recession in a matter of months. The provincial Conservatives, who had wielded power for an uninterrupted 44 years, collapsed and their federal cousins had to scramble to recast their crucial pre-election budget. Counting on a widening stream of oil revenues into the distant future turned out to be poor public policy and bad politics.

Yet remarkably little of the oil spill trickled down to gum up corporate Canada's bottom line last year. And where it did affect results, the impact was as likely to be positive as negative.

Now comes the true test, as the energy implosion takes a rising toll. There is typically a lag between the decline of a key economic driver and its effect on the broader picture. So it is this year, not last, that we should expect the black rain to fall on the profit parade, regardless of whether global petroleum prices manage to recover more lost ground.

The damage spreading from Alberta and the other oil-producing provinces also renews the debate over whether Canada has become too dependent on hewing, drawing and drilling natural resources. The energy sector plays a much larger role in the stock market than in the economy. It accounts for under 10% of GDP and about a quarter of exports, but it's the major destination of capital investment, which is now set to shrink dramatically as big projects are shelved.

That leaves question marks hanging over the earnings outlook: Are we now condemned to ride the volatile ups and downs of these endless commodity cycles for decades to come? Or will the economy confound its critics by proving to be considerably more resilient and diverse than the doomsayers believe?

Whatever happens, it's a safe bet that 2015 won't bear much resemblance to an unexpectedly buoyant 2014 for corporate profits. "It's a completely different world this year," says Douglas Porter, chief economist with BMO Capital Markets. "I think it's going to be an absolute mirror image. We're looking at basically a double-digit decline [in profits] because of the collapse in oil prices, above all else."

By contrast, earnings last year for The Top 1000 companies in our annual survey soared 45.6% to $96.7 billion, the most black ink since 2011. The combination of a strengthening U.S. market and a slumping Canadian dollar—one of the limited blessings of having your currency treated as a petrodollar in foreign exchange casinos (aided and abetted by the Bank of Canada)—worked wonders for balance sheets. "The Canadian dollar spent most of the year in retreat, which tends to help profits," Porter says. "And after a tough start, the U.S. economy ended up having a pretty solid year. Even the Canadian economy did a bit better than expected."

Mix in another dollop of cost-cutting, negligible wage growth, improved productivity and the low cost of capital, and we had the ingredients necessary for fatter profits and healthy margins. It didn't hurt that energy prices remained fairly sturdy through the first half of the year or that Canada's financial powerhouses continued to do everything to boost their bottom line short of printing their own money.

"If you look at last year's results as a guide, energy only accounted for about 9.4% of profits [in the fourth quarter] realized on Canadian territory, versus financial [companies], which were about 25%," says Krishen Rangasamy, senior economist with National Bank Financial in Montreal. "But more interesting, non-energy, non-financial sectors accounted for roughly two-thirds of total profits."

The oil and gas sector itself turned in near-record results, exceeded only by its 2008 performance. Revenues did reach an all-time high, thanks to the huge boost in production from the oil sands. Three energy heavyweights—Canadian Natural Resources, Encana and Imperial Oil—ranked among the top 10 corporate earners, just behind the four biggest banks. So the finance-resource duopoly at the apex of Canada's profit pyramid remained intact, accounting for 57% of total net income of the listed 1,000 companies and again dominating the benchmark S&P/TSX index.

But if Big Oil goes the way of Big Gold, the lords of finance will have a lot less company at the top. And even our intrepid oligopolists can't stay bulletproof forever, although you couldn't tell that from their remarkable performance, which has continued into the first part of this year. The Big Five alone accounted for nearly one-third of total profits racked up by The Top 1000 last year.

Quarter after quarter, the banks sail past forecasts, leaving a boatload of fuming short-sellers in their wake. Perennial chart-topper Royal Bank of Canada reported record profit of $2.5 billion in its fiscal 2015 second quarter. No. 2 Toronto-Dominion Bank scored a hefty gain from its retail business in the same quarter. Canadian Imperial Bank of Commerce, which slipped to 10th place from sixth in our ranking, nearly tripled its profit in the quarter compared to a year earlier; and National Bank of Canada (No. 23) boosted its net income by 12.5%.

Still, even if they manage to avoid any serious energy-related pain, the banks aren't likely to remain so fortunate. "If energy was the wild card in the profit picture in the past year, this year

it's going to be the financials," says David Rosenberg, chief economist with Gluskin Sheff + Associates. "We know that households are going to be hunkering down in terms of managing their excessive debt situation [at a record 163% of annual disposable income]. So we're not going to be seeing a lot of growth in consumer or residential mortgage credit in Canada."

There will also be less resource-related financing. At a time when many other companies were content to sit on their assets, oil and gas producers were pouring every dollar of cash flow back into the ground last year and adding to that through borrowing or issuing more equity.

Back in 2012, then-Bank of Canada governor Mark Carney made headlines for urging reluctant corporate spenders to free up the "dead money" in their vaults and put it to work in the economy. But oil and gas players were already doing just that—and they kept doing it. In fact, they committed a record of close to $75 billion in Alberta last year—before the sudden reversal of their fortunes. Now, as their operating cash flow turns from a torrent into a thin stream, they have little choice but to wait out the storm. So far this year, industry players have postponed or cancelled 15 ventures. Which means investment will all but dry up in the next couple of years once work is completed on a handful of other projects too far advanced to halt.

Cash flow is the key measure of the industry's health, and in 2015 it's expected to plumb its lowest level in about 15 years. That, says Peter Tertzakian, chief energy economist with Calgary-based ARC Financial Corp., is "where the pain really shows up, because prices have fallen by about 50%. The costs have not fallen by 50%. If you look at operating costs, they probably will have fallen by 10%. So what you have is a big cash-flow squeeze."

Oil sands operators, which face the highest production costs, are taking the biggest hit, with cash flow projected to be down as much as 80% this year. When the money stops pouring in, the investment taps get turned off.

At current prices, "it's pretty much impossible" for the industry to stay pro-fitable, adds Tertzakian. He reckons Canada Oil & Gas Ltd., as he labels the industry, will post its first net loss since 1998. How much? Oh, about $23 billion. That's sure to drive some of the less efficient producers to the bottom rungs of the profit ladder, which are occupied at the moment by a mix that includes loss-drenched former glittering lights of the gold sector Barrick Gold, Goldcorp and Kinross Gold. Barrick has managed to finish dead last for two years in a row.

Among other notables consigned to the intensive-care ward in our ranking is profit-challenged train and plane maker Bombardier, whose heavy losses caused it to nosedive a stunning 955 places to 995th, just five spots ahead of Barrick. Dundee Corp. was another that fell off a cliff, ending 940 spots below where it started last year. Right behind, at 984th, sits battered department store chain Sears Canada, down from 50th the year before. Then comes BlackBerry, light years removed from its days as the market's tech darling. Still, that's better than its previous ranking of 999th.

More shafts of light will be visible through this year's foggier outlook, insists Rosenberg, burnishing his bullish credentials. Yes, profits will probably contract. "I don't think it's going to be uniform or universal. This isn't a recession type of profit decline. It's really confined to a couple of sectors related to energy. And I think that next year, we're going to bounce." 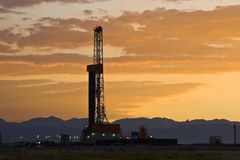