Business revolutions often start quietly. There's one coming to Bay Street, and it's likely to upend a key part of the country's financial industry over the next few years.

The revolutionaries, in this case, are the civil servants who toil for Canada's provincial securities commissions. Often ridiculed for their ineffectiveness, they seem poised to do something radical that will cause a lot of grief among the country's investment advisers, but may be good for investors: Change the absurd way mutual funds are sold.

Funds don't attract the excitement or media coverage they used to, but they're still a staple of the Canadian financial diet. Six in 10 Canadians with savings own a mutual fund of some kind, making it the most commonly held investment product, with about $870-billion at stake in them. This popularity is partly a function of how accessible they are. It takes no great fortune to buy one, and funds are one of the few ways to invest money in small monthly increments.

The rap against funds, of course, is how expensive they are. An annual management fee of 2 per cent may have been acceptable in the 1990s, when the stock market was on fire. But since 2001, the S&P/TSX Composite Index has returned an average of about 5.5 per cent a year, including dividends, so yearly fees take a much bigger bite. Sometimes this leads to amusing results, as with the adviser-sold version of the RBC Canadian Equity Fund, one of the largest mutual funds in the country. Over the past five years, the fund earned about 2 per cent a year from investments, charged about 2 per cent a year in fees and provided a net return of close to zero to investors.

Too bad, but so what? Nothing's free, and mutual fund fees are not exactly a secret. The outrage is in who gets to dip into the pot, and for how much. In many cases, the annual management fee on a mutual fund is split. Half of it goes to the firm of the fund manager–the person choosing which stocks and bonds to own. The other half goes to the financial adviser who sold the fund in the first place: he or she receives a so-called trailer fee.

This has always been an illogical set-up. One party, the fund manager, does most of the work, making daily or weekly decisions about investing the money. The adviser makes only one–to put a client into the fund–yet reaps the same reward.

Trailer fees are silly for other reasons, too. Suppose an investor plunks $10,000 into an equity fund with a 2 per cent trailer fee, earning his adviser's firm $100 a year in fees. Another investor, who is wealthier, puts $80,000 into the same fund, resulting in $800 in annual fees. Did the latter transaction require eight times as much effort? Was the adviser's counsel eight times more valuable? There is often little correlation between the service an adviser gives to the customer and the amount a customer pays for it. That's to say nothing of the potential for conflicts of interest. What if the best fund pays advisers a smaller fee?

In any other industry, customers would balk at this arrangement. But most buyers of mutual funds remain ignorant of it or indifferent to it, probably because it's usually so well hidden. In the example above, if the wealthier investor received a bill for $800 every year from his adviser for that one fund purchase, he might well question what he's getting for the money. But there is no bill, so instead he pays for it in a more insidious way–through a reduced investment account.

In effect, the financial advice industry has prospered by appearing to give away something for which it is actually charging a lot. Mutual fund companies paid about $4.6-billion in trailing commissions to advisers in 2011, higher than before the financial crisis. In this era, that's a remarkable achievement.

The Internet has spawned new demands by consumers for greater transparency–from governments, the media and corporations. If you know where to look, you can find all manner of disclosure on public companies within seconds, including how much senior executives are paid, down to the last dollar. Yet when it comes to the people who allocate your savings, opaqueness still rules.

For now. After years of watching the fund industry evolve in this bizarre way, regulators have had enough. Britain has prohibited advisers from taking trailer fees and other embedded commissions. In July, Australia will begin enforcing a similar rule. Just before Christmas, provincial securities commissions put out a white paper on whether Canada should follow. Among the proposals: Limit trailer fees or ban them outright.

The implications are clear. Financial advisers will be forced to negotiate up front how much they're going to charge for advice, as lawyers and accountants do–to put in the open what for so long has been tucked away in the fine print. Some in the industry believe reforms are inevitable, and will be painful. "There are about 70,000 financial advisers in this country," says the head of one mutual fund company. "After these changes come in, there won't be 70,000 any more." 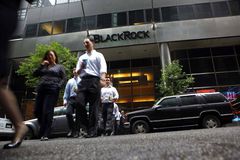 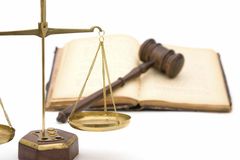 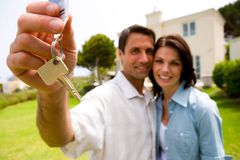