As chairman and CEO of BlackRock Inc., the largest publicly traded investment management firm on Earth, he oversees $3.7 trillion (U.S.) in client funds

BlackRock is huge. Are you getting opportunities that individual investors are not?

That's such an open-ended question that it's kind of meaningless. Is the sky blue? I have offices worldwide. I talk to clients worldwide. That's information, but it's not inside information. It's knowledge from being an active participant. We are serving our clients better by doing that. Do I have a better understanding of what's going on in the markets than an individual? I would hope so.

You took on a lot of toxic assets for the U.S. government during the financial crisis. How have you done with them?

We were hired to manage approximately $65-billion worth of assets stemming from the collapse of Bear Stearns and AIG. We reported last September that we'd liquidated those positions. It was a great assignment. More importantly, the Federal Reserve Bank of New York got all of its money back, plus interest, and American taxpayers earned a profit of about $18-billion.

What were the biggest lessons investors should have learned from the financial crisis?

There were many of them. There was way too much leverage in the system, and this is one reason that economies still are not fully out of their doldrums. Institutions really didn't have a good handle on their risk in 2008, either. You could argue that, rather than too big to fail, some of them were too big to understand, too big to manage. Also, when all that leverage was sucked out at once, the whole world became correlated. That aggravated things. Hedges that people thought would minimize their exposures did not. It took a lot of liquidity and capital supplied by central banks to steady things.

Look, from an equity investor's perspective, the beauty of the world right now, and the negative, is that there's so much uncertainty, such a lack of confidence.

What's holding back a recovery?

The private sector is sitting on so much cash, earning close to 0 per cent – maybe 60 basis points on a five-year term. You cannot meet your future liabilities on that. The greatest risk we have is the inability to have an adequate retirement, especially in an era of longevity. And we're compounding this problem with extreme low interest rates. But if the President and Congress come up with a grand bargain of, say, $4-trillion to $6-trillion, and it's something tangible that we all understand, you would have a tremendous rally in the markets.

Yeah. You could also have rising interest rates, but as long as equity markets rally and the economy starts unwinding, I don't mind rising rates.

Yet, you're pessimistic about the short-term, aren't you?

A lot of politicians ask me: Why are the stock markets up so high, yet the economy is not moving? And I say, It's simple: CEOs are frightened of hiring too many people, of making capital expenditures, but they need to reward shareholders, so they're buying back shares. Buying back shares is a one-year solution. We need confidence back. But the average term of a CEO in America is just five years. So they're playing it safe, and there's $1.7-trillion in cash sitting on corporate balance sheets.

So you think they need a trigger from government before they'll invest?

They're just humans. The same thing goes for individual investors.

But don't investors have good reasons to be scared right now?

There is no question in my mind that we're going to have continuing volatility for the next seven or eight years. The intersection between government and politics and economics has never been greater. Yet, a year ago, I said be 100 per cent in equities. I'm up about 30 per cent. Now, yeah, I would be frightened. But if you're 35 years old, do you really care about the one-year volatility?

But there are a lot of boomers approaching retirement. Are they screwed?

You have to start preparing today. Compounding earnings by 1 per cent a year, you'll never have enough for your nest egg, unless you want to start contributing 12 per cent to 15 per cent of your disposable income.

A recent news story said that U.S. Treasury Secretary Timothy Geithner speaks with you on the telephone more than any other banker or executive. Can you say what you guys talk about?

What about your conversations with government officials generally?

In most cases, they are seeking information. It is a one-directional conversation, as it should be. They ask questions: What type of flows do you see? What are the attitudes of investors? Where do you see the economy? What do you hear from your clients? Not just our investors, but also companies we invest in. We believe that is part of the services that we can provide to anybody who asks. We all want a stronger, sounder, more vibrant world economy.

It depends on your age. If you're 22 years old, I'd put all of that into stocks. But that's me. Before I'd even answer that question, I'd ask: Tell me, how neurotic are you? Can you live with short-term losses? Can you accept the need to hold? Is your holding period 10 years, 20 years? Are you frightened of volatility? It's a cardinal sin if we think that one size fits all. And if you're looking at your mobile device every day to see what the markets are doing, to see if your $100,000 is up or down, that's not good.

What were your biggest investment wins and losses? Ones that taught you lessons.

I don't think about the wins. I only think about the stupidity of losses. One big lesson – which I could think about again and again, and probably do the same thing again with the facts I had at the time – was the Peter Cooper Village apartment complex in Manhattan. [BlackRock bought it in 2006, along with a partner] and we could have sold it for a flip in about one minute. But then everything fell apart the next year. [The complex was turned over to creditors in 2010] and we lost a good client about $500-million. I went to my client's board of directors' meetings, and I publicly apologized. That was the biggest one-time loss we ever had.

And the lesson from that was?

We had too much leverage. Every big real estate deal with leverage in the United States in '07 and '08 went under. We weren't the only ones. We could have put on more leverage. The banks were giving you more and more and more.

How often do you pass by Peter Cooper?

And do you think about it every time you go by?

Is there anything that keeps you awake at night?

I worry about everything. One thing is aberrant human behaviour. A bad soul in one country doing something wrong – doing a bad trade that's out of character. It takes 25 years to build a company, and it could take a day to ruin it. 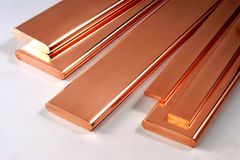 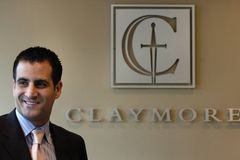 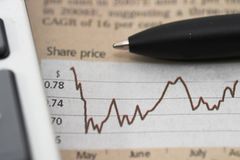 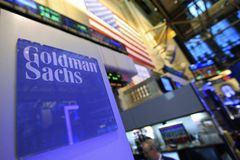 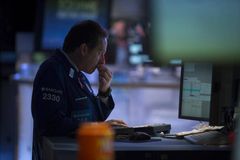