Gold's most enthusiastic advocates possess an endless—and breathless—penchant for seeing disaster just around the corner. Inflation is about to soar! Governments are poised to debase paper currencies! Negative interest rates are going to eat your savings! The only thing gold bugs love more than precious metals is exclamation marks.

Maybe it's time for skeptics to fight back with some exclamation marks of their own. Try these: Gold is not insurance against disaster! Gold is not a haven against bad times!

Those are the findings of a new study by Harvard economists Robert Barro and Sanjay Misra. Their paper, which appeared in the August issue of the Royal Economic Society's Economic Journal, scrutinizes one of the most popular reasons for investing in gold: the notion that precious metals can buffer your portfolio from economic downturns. That is just not the case, according to the economists—or, at least, it's not the case consistently enough to make gold a dependable cushion against calamity.

The researchers looked at how the metal performed during particularly vicious economic slumps, which they defined as periods when a country's gross domestic product (GDP) per person falls by 10% or more in real terms. They found that 56 such disasters had occurred since 1880 in 19 countries for which it was possible to calculate after-inflation returns on gold. In more than half the downturns (30 of 56), bullion actually lost value in real terms as the economy was crashing around it.

So much for the notion that precious metals always thrive during crises. Contrary to popular opinion, "gold has not delivered high average real returns during macroeconomic disasters," Barro and Misra write.

The metal's performance wasn't particularly impressive during more normal times, either. From 1836 to 2011, it produced piddling gains but with lots of ups and downs—just the opposite of how an ideal investment should perform. Over all those decades, gold's after-inflation value inched up only 1.1% a year on average. In comparison, stocks produced much more generous returns of 7% or so a year. In theory, there should be a tradeoff between risk and return. Yet, in effect, gold investors over the past couple of centuries have endured stock-like volatility to achieve returns that were far worse than stocks.

The only good reason to hold an asset with low returns and high volatility would be if it provided a reliable hedge against bad returns in other areas. If gold were to consistently move in the opposite direction to the stock market, then it might be useful in a portfolio because of its ability to offset losses on Bay Street and Wall Street.

Sadly, gold flunks in that regard as well. The two researchers found no consistent pattern in how bullion moves in relation to either GDP growth or stock returns. "Gold has not served very well as a hedge against bad macroeconomic and stock market outcomes," they conclude.

Given that dismal finding, should you dump all your gold right now? That may be going a bit far. A small exposure to bullion can still make sense. For one thing, mines around the world appear to be producing less gold than they did in the past. Everything else being equal, the price of the metal could slowly climb higher to reflect that diminishing supply.

And, yes, there's always the chance of another irrational outburst of enthusiasm if the global economy comes unstuck. The price of gold has rocketed higher twice during the past 40 years—in the inflation crisis of the late 1970s and during the aftermath of the 2008 financial crisis. No matter what the long-run data may suggest, investors scurry to gold during at least some periods of economic tumult.

But those short-term surges are often fleeting. If you've been making a large bet on bullion based on your faith in its capacity to prosper during hard times, you might want to reconsider your apocalypse strategy. History suggests that gold is often better at producing question marks than exclamation marks. Treat it with caution. Or, as those excitable gold bugs might put it, with caution!

Don Coxe: Here’s what I’d be buying if I were you
Subscriber content
September 26, 2016 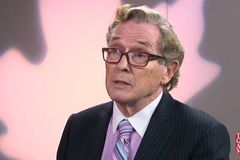 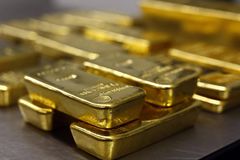