Independent professional, 27, seeking OS for short- or long-term commitment. Politics progressive; Chinese takeout a fave. You: accommodating, not too clingy; quiet but social. Groups OK. Let's get together and change the world.

So might read the personal ad of a typical young freelancer of the postindustrial, postrecession workforce. She's not looking for a mate—she needs office space, a "co-working" venue, to be precise.

Whether the term co-working will mean anything to you has everything to do with your age, your occupation and where you live. In big cities, a certain segment of 20- to 40-something professionals (mostly male techies) have already been co-working—that is, sharing communal office space—for more than a decade. Typically they come together under the high ceilings of renovated warehouse buildings; they work alone, but together.

In recent years, co-working has been catching on among a wider range of professional types, including virtual business owners of every sort, designers and writers, and off-site employees of large companies. Renting a desk by the month, or even by the day, these free agents can avoid both the loneliness of working at home and the soul-raking aggravation that comes with table-surfing at Starbucks. A two- or three-person company can use co-working to establish a base without ever signing a commercial real estate contract.

Not surprisingly, a handful of businesses have opened in the last two or three years to connect space seekers with empty desks. Of these, the current category front-runner is Loosecubes, a Brooklyn, New York-based online directory and booking service created by a 33-year-old former investment banker named Campbell McKellar. Loosecubes is the most human-friendly online service that office managers can use to list empty desks; it's far less anonymous than Craigslist, and it allows members to search, book and pay for reservations directly on the site.

McKellar launched the Loosecubes alpha site in June, 2010, at the time listing 20 locations. Within four months, that number had jumped to 600. There are now 3,000 office spaces at 1,500 locations in the company database, covering more than 500 cities in 67 countries. Toronto is the fifth most-searched city on the site—and the only Canadian city in the top 10—trailing larger centres like New York, San Francisco and Los Angeles but leading Berlin.

For the first year, McKellar and her small group concentrated on building the network—"This is about introducing people to people, not people to space," she says—and offered all services for free. In September, 2011, the company began charging hosts a 10% transaction fee for every booking, though there's no cost for membership. Users sign on via Facebook, a key component of the site's social grid; create a Loosecubes profile; and look for their next office by postal code, social connections, professional alignment and user ratings. A desk can cost between $50 and $350 per month, depending on office amenities and location.

In short order, McKellar has become a visible champion of the new-to-the-mainstream movement, says Marissa Feinberg, founder of Green Spaces, a co-working site in New York's SoHo district. Like McKellar, Feinberg believes that the movement's success relies on its ability to foster communities, and so the members of her office loft, a popular Loosecubes pick, hold an "ideas bounce lunch" over steamed veggie dumplings every Wednesday. In a given week, one's tablemate could be an industrial designer from Spain; the maker of an online encyclo–pedia for kids; or the fellow who's introducing the world's first fair-trade vodka, made from quinoa, to the U.S. market.

Several signs point to such co-working sites becoming a larger, more permanent and, paradoxically, more free-flowing feature of what we know as work. With fewer traditional openings on the market, and job security scarce, more people are willing to strike out on their own with a business idea or accept project work, especially if they can share the costs of office resources. Ever-improving mobile and cloud computing technology continues to make fixed addresses less relevant. At the same time, more businesses are having their employees work remotely either part-time or full-time, while the ranks of the self-employed (some 2.6 million in Canada, as of November, 2011) continue to grow.

Those happy professionals already on the co-working path say there's no comparing the perks against those of a corporate office gig. Commutes are history. Colleagues are interesting, talented people you might never meet otherwise, and there is no corner office. Web designer Michael Cairns, who recently used Loosecubes to book an office in Brooklyn from his home in Australia, summed it up best: "Sure, sometimes you have to work all hours. But today I'm sending a few e-mails, and then I'm going to the museum."

What co-working space is right for you?

By far the most nurturing of co-working situations is a start-up incubator, where companies on similar tech-focused missions share space, mentoring resources and company equity with their landlords: namely, venture capital investors. Getting in requires connections and a successful application.

If that's not your game, you might instead join a co-working collective like The Hub, which has branches in 30 cities on five continents. Anyone can rent space at a Hub and gain instant access to a "family of other Hubs," and experts in every field, says Joanne Macrae of The Hub Halifax, the only one in Canada. At the San Francisco and London locations, Hub leaders have begun experimenting with on-site venture capital consulting, and VC infusions (called Hub Venture Labs) raised by the local outlet itself. Casual introductions to angel investors in Halifax are already part of Macrae's mission, as are free events like tech talks on specific topics—how non-profits can use Twitter, for example—arranged by devoted members.

A third model is even less structured—it might involve a small company with rentable space and a willingness to host a rotating cast of one or two freelancers either for fun, or to help cover the rent, or both. Still rare in this category are people like Chuck Lin, who runs a web and app development company called Urban Pixels out of his one-bedroom apartment in New York's Lower East Side. His six employees are scattered across the U.S., however, so Lin works alone. He's using Loosecubes to invite people to work with him at his kitchen table.

"It's a social experiment for me," says the 39-year-old. "It's been nice to have people here. Even if I don't talk to them, it gives a different feel, a little life."

The most he's ever charged someone? Ten cents per day. 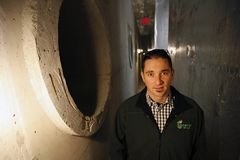 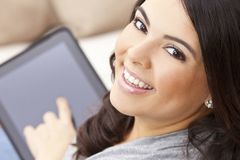 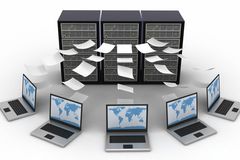