The story of how I came to cross paths with a company called Sprinklr bears relating.

Back in February, my flight had just been called at the departures lounge at Newark airport when I saw a big ad posted in the middle of the room. SPRINKLR, said the title.

I didn't know what a Sprinklr was, so I read the next line: Powering the conversation economy, it said. I did not know what the conversation economy was–for if such a thing existed, I would be a very wealthy man–and so I read the line after that: How the enterprise manages social at scale across internal silos, it said in very small print. That baffled me completely, so I went on to the very last line, which was a hashtag: #socialatscale, it said.

Feeling slightly exasperated, I pulled out my phone, took a picture of the ad and posted it to Twitter with the observation: NOT A SINGLE LINE OF THIS MEANS ANYTHING AT ALL.

When my plane landed in Toronto an hour later, I turned my phone back on again, and it exploded. Over 500 people had forwarded my tweet to their own followers. The company itself tweeted a polite boilerplate reply, but it was quickly drowned out. Overnight, another 1,000-odd people passed the joke along. Ditto the next day. I watched that tweet spread like a pox over a period of days, from continent to continent, until an improbably flush 4,562 people had retweeted it.

I still didn't know what Sprinklr did.

This changed some weeks later, when I found myself in receipt of a note from one Jeremy Epstein, Sprinklr's vice-president of marketing. (He took notice when I complimented the company on a slightly more cogent ad that crossed my path. Twitter politics.) We set up a call. It turns out that, for a company so enamoured of marketing bafflegab, what they do is actually pretty interesting.

Sprinklr, like its competitors, offers large corporations a way of dealing with the sticky problem of social media, a form of customer relations that is quickly shifting from something the interns handle to a central concern.

Tweets and Facebook posts pour into large corporations in vast quantities, through many different channels. Traditionally, companies have looked upon social media as a kind of marketing outreach, putting it in a separate silo from customer service agents taking angry inbound phone calls. Customers don't care about this. They just want to air their concerns. So social media management tools like Sprinklr have cropped up, making sure that every single inbound note to a company is logged, and every social media user is connected with his or her profile.

Sprinklr, which just raised $40-million from a group of investors that's been linked to Mark Zuckerberg, is just one entrant. Giants like Adobe and Oracle, as well as upstarts like Percolate and Vancouver's HootSuite, are all taking similar tacks. "For any company doing it at scale, these tools aren't really optional any more," says Dave Fleet, vice-president of digital at the PR firm Edelman and a close watcher of this space.

Each tool has its own solution to the problem. Sprinklr's focus is breaking down the silos that typically constrain the ways that big companies deal with customer complaints. "There's a recognition that this isn't social media," Epstein told me. "It's the voice of the customer. It's the kind of thing that executives understand."

Like so much in the corporate world, the challenge with social media comes down to scale. Social media is designed for individuals, and rewards spontaneity and irreverence; to the delight of disgruntled consumers, it's not a level playing field for corporate voices. It is asymmetric and unpredictable. Any given social media message to a corporation, left unresponded to, could cost them a customer–or, almost at random, turn into a viral fiasco, like my tweet did.

Social media management tools like Sprinklr want to tame the beast by breaking it down into more manageable chunks. Taking incoming social messages and assigning them to user profiles changes the noise of an angry crowd and breaks it into a set of useful signals. Meanwhile, workflow tools assign incoming messages to specific social media workers so they can be responded to on a one-on-one basis. They also track how the company handles them, to make sure there aren't any dropped or overlapping replies. ("I guarantee someone at Sprinklr had a bad day, because they had to assign someone to your tweet," notes Fleet.)

Once these systems are in place, the wild noise of social media ceases to be a threat to be managed, and becomes an opportunity to be exploited. For instance, a database of customer profiles based on their individual social media messages works just as well for targeted marketing as it does for handling gripes. A customer might tweet about how he likes the Nike Lunar TR1 shoes, but doesn't like the Nike Pro Combat 2.0 short-sleeved shirt. That information, once harvested, could get pushed right down to the retail level, into the hands of a canny tablet-wielding salesperson on the showroom floor.

At the end of the day, it's a matter of making the awkward match between individual consumers who are increasingly expecting to be listened to should they holler in public, and corporations that somehow have to co-ordinate a personalized response without coming off sounding like, well, a corporation.

Poor Sprinklr got caught in the same problem it wants to solve. Its ridiculous ad went viral because there's public fatigue over rampant corporate-speak. Just as the social-media-using masses can create unintelligible noise for corporations, so corporations often speak in terms that are nonsensical to consumers. If there's hope for corporate social media, it's in the tools that bring them eye-to-eye with consumers. That's when things start to make sense.

Two ways marketers can prepare for the unexpected
May 12, 2018 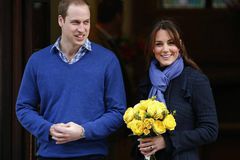 Transcript: Building your brand in the era of digital marketing
May 12, 2018 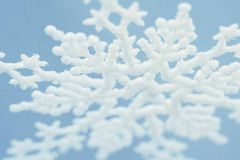