One, two, three, four, Jeffrey Remedios isn't leaving Arts & Crafts Productions through the back door. Remedios and Broken Social Scene co-founder Kevin Drew launched the Toronto-based boutique music management company in 2003. It soon grew into one of the industry's most respected indie labels, and it has piled up 21 Juno wins, including the 2008 single of the year for 1234, by singer-songwriter Feist, which gained global renown as an iPod jingle. In September, Remedios stepped down as company president to become CEO of major-label giant Universal Music Canada.

You left EMI in 2003, and you and Kevin originally conceived Arts & Crafts as a non-commercial arts collective. Why are you leaving it now to head up the biggest label in the country?
Leaving EMI in the time of a post-Napster/pre-iTunes culture of fear made sense. Kevin and I started with an admirable, yet utopian and naive idea. But Arts & Crafts soon morphed into a more commercially minded, artist-focused, not-just-for-profit model. Returning to a major now, I hope to bring the same core ethos to a larger stage.

Was there a moment when you realized that what Arts & Crafts was doing was working?
Oh, wow. I think about our first Arts & Crafts showcase at the CMJ festival in New York City, in a packed Bowery Ballroom, in 2003. Or 30,000 fans screaming for one more song at the end of a Broken Social Scene set at Lollapalooza in Chicago in 2006. There was also the Juno Awards in Calgary in 2008, where Feist went from indie darling to household name. There have been so many moments.

You're retaining your ownership share in the company, but how active will you be?
I'll be as active as necessary in the beginning. But, ultimately, Kieran Roy and the rest of the team will lead the company. For a while now, Arts & Crafts has grown to be bigger than any one person. I'll join Kevin Drew and some others on the board and be involved longer term from there.

Randy Lennox left as president and CEO of Universal to join Bell Media. Apparently there were several candidates to replace him. Why do you think they hired you?
It was really just a series of conversations where the company and I both stated needs, goals and philosophies, and I think we were all pleasantly surprised to find a lot of immediate common ground. I didn't hear anything about any other candidates.

Maybe the Universal guys just dug Arts & Crafts music. What's your favourite Arts & Crafts album?
That would be like picking a favourite child—you have one, but you're not allowed to say. Just kidding. Arts & Crafts has tried to put out albums that we believed would age well—sounding as good and relevant a decade from now as they do today, and capturing something timeless. I can say that Arts & Crafts has mostly gotten this right.

Would you have ever thought you'd have The Tragically Hip's Gord Downie and Andy Kim on the label?
Crazy, right? In both cases, it's a serious honour. We feel honoured with every artist who puts their art in our hands. And when iconic elder statesmen entrust you with their work, it's completely surreal.

There's a line I like on Andy's new album, "It's not anyone's responsibility to babysit my dream." As you see it, what is your duty to your artists?
The best part of this job is the front-row seat to watch artists work and grow. But to whom much is given, much is asked and this isn't a battle to be won sitting down. The goal now is fair compensation for artists' work and a path to surpassing mutually defined expectations. That was, and is, the defining ambition of A&C, and I'll carry that torch into Universal. 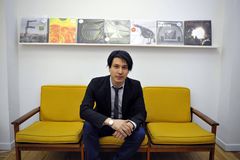 Arts & Crafts’ Jeff Remedios on having fun as a guiding principle
August 24, 2014 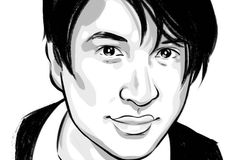