Don Coxe is chairman of Coxe Advisors LLC in Toronto and provides strategic advice to several commodity funds. A historian by training, he has been engaged at senior levels in global capital markets through every recession and boom since the onset of stagflation in 1972 and has managed both bond and equity portfolios.

What were your best and worst calls?
The best investment was after eight years of running investment management sections for pension funds, we sold our gold and oil stocks, and bought zero-coupon government bonds. And we did that in the early 1980s, so we basically got the bottom in the bond market. The worst call—which very nearly cost me my career—was in late 1999, telling people to get out of tech stocks. I kept saying it over and over, and the Nasdaq doubled. I should have realized that there was so much momentum there that telling people to get out was an excessive response. They should have just been trimming. I lost a lot of credibility with investors.

What keeps you up at night?
I worry about the situation between Iran and other Middle East countries, and what I believe is behind the Saudis driving down oil prices—bringing Iran and Vladimir Putin to heel. If Iran remains unwilling to satisfy the world that they are not going to get nuclear weapons, the Saudis will have no choice but to continue this. And then we'll start to see devastating effects on Canada. Lots of people in the oil and gas industry will be hurt. And once Iran announces it's got the bomb, all the other Arab countries are going to have to get it, and we are going to have a monstrous mess. We could have nuclear war within a year. I didn't lie awake during the Cold War—both sides were too sensible. But when you are dealing with the Iranians, I don't know.

What are the biggest investing-related risks right now?
We have an investment consensus that interest rates have to go up, which has been wrong for two straight years. And I get a sense that people are starting to throw in the towel on this. The U.S. economy most recently was growing at 5%, and retail sales have been terrific. So what I am concerned about is that there are only 20 big bond fund managers in the world now, and they have a gigantic amount of holdings of marketable bonds. When they are forced to change their strategy because economic growth comes back, I don't know who's going to be at the other side of the trade. The bond market could actually be the source of the next big sell-off. The investment dealers on Wall Street and Bay Street have the lowest exposure to corporate bonds in their modern history, because they've been reined in by regulators saying they must cut back on risk. So we don't have the cushions in place.

What would you do with a $100,000 windfall?
I would keep 25% in cash against this risk in the bond market. I think I would buy Japanese stocks in particular and equities generally, but not as much emphasis on American equities, because that market has been so much outperforming the rest of the world. I am becoming more confident about the global economy, if we can get through this nuclear risk. What I don't see is the kind of excesses in the market that I've seen in the past, and that's a big difference.

What advice would you give to investors right now?
As far as Canadian assets go, they shouldn't be listening to all the bearishness. The Canadian dollar isn't going to go to 75 cents (U.S.). The sell-off already occurred in Canadian equities relative to the U.S., so given the dividend tax credit that you get in Canada, if I was a Canadian, I would be buying quality Canadian equities, particularly those where the dividends were reliable and rising.

Who is your investing guru?
Margaret Thatcher. The evening I spent with her in 1978, she laid out that she'd be elected three times and Ronald Reagan twice, and that we'd win the Cold War without firing a shot. She predicted everything of any importance. 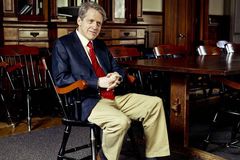 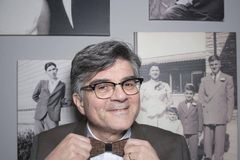 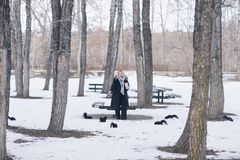 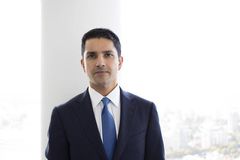 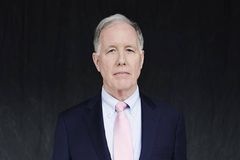 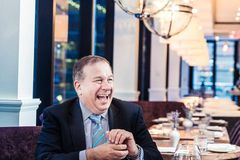 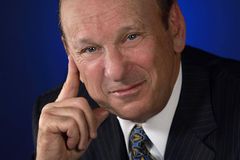