Tim Dattels started at Wood Gundy in Toronto, then moved to Goldman Sachs in the '90s, where he became a partner and adviser to world leaders. He's now based in Hong Kong, where he leads the Asian operation for TPG, which has $70-billion (U.S.) in capital. For fun, he sits on BlackBerry's board.

The domestic stock market in China has never been a good gauge of the economy. When the economy was on fire between 1999 and 2005, the stock market did nothing. Then, as the market slowed and issues crept in to the economy, it took off. The economy is also split into "Good China" and "Bad China." The Bad is the state-owned enterprises, which are inefficient, and have excess capacity issues and unnecessary leverage. The Good is personified by the BAT trio, Baidu, Alibaba and Tencent—well-run companies by world standards, modern management and extreme innovation. There are hundreds of these companies.

How can us little guys benefit from your wisdom?

China's growth is more modest today, but you have to remember they are adding a Canada a year in terms of GDP growth. I wouldn't stay away. Honestly, though, it is a lot easier for private equity to invest into these markets. I'm really not a fan of the Chinese equity market, because the compliance you would expect when investing just isn't there yet. For lower-risk China exposure, there are plenty of non-Chinese firms that are being very successful there. Apple and Nike are two that come to mind. If you want to get into the country directly, do it through Hong Kong.

You invest in other countries as well. Which ones?

For investors, India is more accessible. It imports almost all its energy, and lower fuel prices combined with reducing fuel subsidies will help the economy enormously. Also, its export co-efficient—the percentage of its economy relying on exports—is a fraction of China's, so growth helps leverage exporting companies.

We know mega-investors think in themes that persist for long enough to extract maximum value out of their investments. What are yours?

I'd say the largest theme to emerge recently is around financial services and enabling technology. Roughly one-third of our investments in Asia have been in financial services. The "fintech" area is exploding. Alibaba is the fastest-growing deposit-taking institution in the world, and it doesn't have any branches. In 2015, more than one-third of Asians still didn't have bank accounts. Our investments in Bank BPTN in Indonesia and Janalakshmi in India, where customers borrow small amounts—usually under $3,000—have been two of our best investments. Bricks-and-mortar financial services are headed for the battle of their lives, including in Canada.

The second theme, and it's happening faster in Asia, is the move from physical shopping to e-commerce. This is having a profound impact on landlords, logistics and infrastructure.

Medical tourism and wealthier Asians paying for additional health care is another area we are heavily invested in. You hit three trends: aging demographics, increased wealth and better awareness of healthy living.

The last theme, and it ties a lot of this together, is the rapid deployment of infrastructure in Asia. This is mostly led by Chinese firms, but there are beneficiaries in Canada: Bombardier and SNC Lavalin.

Be prepared for volatility. It's a different game now that rates in the U.S. are rising. If it persists, that will pull capital into dollar-based markets. Everywhere else where money is still almost free, it can be a dangerous world. 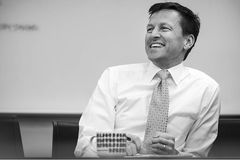 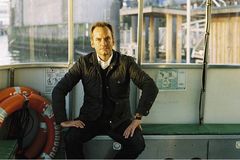 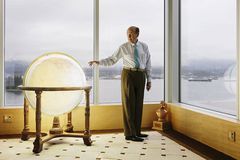