If a battle for world domination ever broke out between humans and computers, I'm pretty sure the computers would win. They've already turned us into a population of Facebook slaves and Twitter addicts, and they're not even sentient yet. Some say we've become so dependent on the little bursts of dopamine we get from social media hits, it's starting to rewire our brains. It's like the zombie apocalypse, but more fun.

But if you think Instagram and Snapchat are threats to our well-being, you ain't seen nothing yet. Some of the smartest people on the planet see a much more sinister villain on the horizon, and it's powered by artificial intelligence. It's called the "Terminator scenario," after the movie's bleak depiction of a world controlled by Skynet, a self-aware AI system hell-bent on wiping out the human race. The idea is that billions of lines of code on millions of servers could combine in the cloud to form an all-seeing consciousness that's infinitely smarter than us.

It's hard to take seriously. The last time I asked Siri to play a good song on my iPhone, she responded: "Sorry, I can't find 'a good song' in your music." Yet there are plenty of massive brains out there who see a real threat.

Elon Musk, CEO of both Tesla and SpaceX, says AI is "a fundamental risk to the existence of human civilization." Stephen Hawking (who died in March at age 76) said that AI machines could "spell the end of the human race." Bill Gates tepidly agrees, saying he is "concerned about superintelligence" (but adds that AI will give us longer vacations too).

They aren't the first to sound a warning about the AI threat. Back in 1965, I.J. Good, a mathematician who worked with Alan Turing to design some of the world's first computers, published a paper in which he posited an "intelligence explosion." He theorized that if you design a machine that's smarter than we are, it would be able to design an even smarter machine, and so on. We would quickly be left behind.

I agree this is something to keep an eye on. Already, robots and cars powered by machine learning don't always behave the way they're supposed to. And computer scientists don't always know why. The code isn't static any more—it evolves as it learns—and finding out what triggered the unintended behaviour can be impossible.

AI anxiety has come to a boil because, for the first time, it looks like machine learning is actually working. As computers become more powerful and more like us, it's natural to be a little nervous. But as you'll discover in our story — which profiles three world-class AI researchers across the country—right now that power is overwhelmingly being used for good.

Canada has attracted more than our fair share of luminaries in this field, setting up hubs such as the Vector Institute in Toronto, the Montreal Institute for Learning Algorithms and the Alberta Machine Intelligence Institute. Even Eric Schmidt, chairman of Google parent Alphabet, has said the Canadian strategy of combining resources from government, universities, large companies and startups is the way to go.

We actually have a shot at becoming a world leader in AI, so let's put the doomsday scenarios aside and focus on using the technology to make the world better. Even I.J. Good realized we have more pressing problems than a hypothetical apocalypse. He looked to smart machines for salvation rather than destruction. As he wrote right at the top of his prophetic paper: "The survival of man depends on the early construction of an ultraintelligent machine." 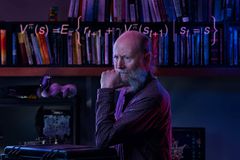