Interactive by CHRISTOPHER MANZA and LAURA BLENKINSOP / THE GLOBE AND MAIL

André Goffart was blunt. The chief executive of Total SA’s Canadian arm spoke hurriedly on a late-afternoon conference call. It was May, summer beckoned, and, with it, the four-day workweeks much of corporate Calgary enjoys.

After years of false starts, Goffart confirmed suspicions that the French energy giant’s foray into mining bitumen from Northern Alberta’s oil sands was a dud. The company’s $11-billion Joslyn mine was being shelved indefinitely, he said. Costs were too high. Workers had to be let go–150 Canadian staff by year-end. Total’s partnership with Canadian oil giant Suncor Energy, Occidental Petroleum and Inpex Canada “is facing the same challenge that most of the industry worldwide is,” Goffart explained.

That challenge, in a word: costs. The price of developing megaprojects like Joslyn has soared, and not just in the oil sands. Consider Chevron’s Gorgon natural gas project in Australia. The cost has jumped 45 per cent from initial estimates, to $54-billion (U.S.). Look, also, at Kashagan. The plan to pump oil from the Caspian Sea using a series of man-made islands will cost a consortium that includes Exxon Mobil, Royal Dutch Shell and Total at least $50-billion.

In cancelling Joslyn, designed to produce 100,000 barrels a day next decade, Goffart underscored why wringing oil from Alberta’s oil sands is, by Total’s reckoning, getting harder to justify. Not only are costs inflating, but returns on a barrel of the province’s ultra-viscous crude “are remaining stable at best,” squeezing margins, he said. The combination “cannot be sustainable in the long term.” (Just ask Norway’s Statoil–it decided in September to postpone its Corner oil sands venture, blaming high costs and delays building multibillion-dollar pipelines.)

The bounty of thick crude that surrounds Fort McMurray is a long way from Jed Clampett’s backwoods gusher. Suncor, Canada’s biggest oil company and the oldest oil sands operator, targets returns above 15 per cent on its projects. But in Northern Alberta, companies must also pay for gobs of natural gas to keep the production flowing. Legions of workers must be flown in, housed and fed, adding to costs. Competition for labour is so fierce that some companies now subsidize mortgage payments on $600,000 houses to entice workers to stick around.

Not all oil sands projects are created equal, of course. Cenovus, which uses super-hot bursts of steam to melt seams of bitumen buried too deep to mine, says it can coax oil from the sands for between $35 and $65 (U.S.) per barrel, depending on geology and other input costs. That’s “among the lowest-cost globally,” chief executive officer Brian Ferguson told New York bankers recently. 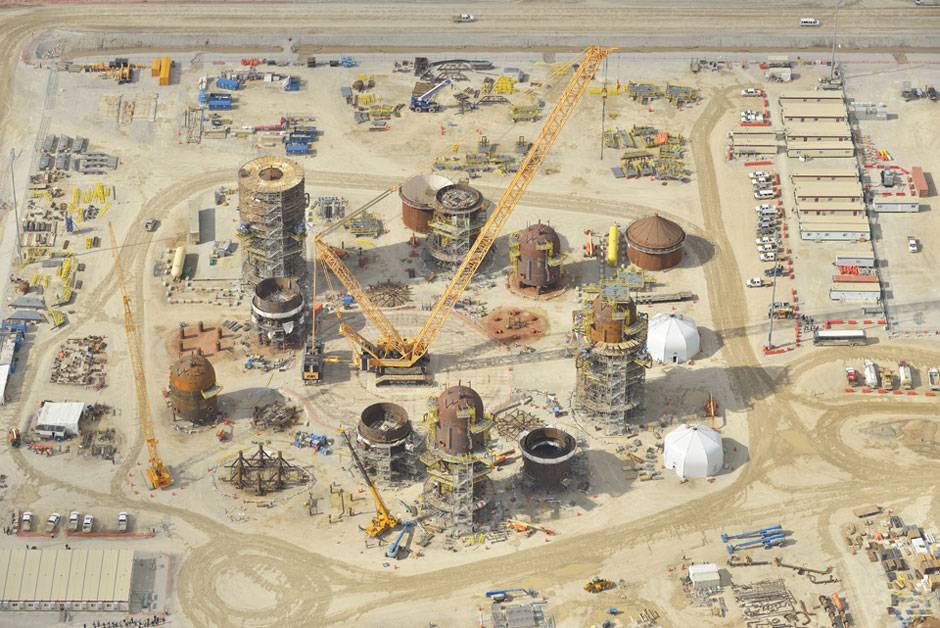 According to the Canadian Energy Research Institute, however, costs for a typical steam-driven operation are up 4.4 per cent from a year ago. In a recent study, CERI put the West Texas Intermediate (WTI) break-even price for a steam-driven oil sands project at $84.99 per barrel, assuming a 12.5 per cent return. For a new mine, it’s $105.54. By comparison, oil can still be tapped for under $10 per barrel in some jurisdictions–a fraction of oil sands supply costs, which, besides perks for employees, account for the cost of capital, plus operating and sustaining costs, taxes and royalties paid on production, plus that healthy rate of return. U.S. shale oil is estimated to break even at $60 to $80 a barrel, according to the International Energy Agency.

Some of the cost drivers in Alberta are familiar. The province’s population nudged past four million last year, but workers and materials are forever in short supply. Just keeping the lights on at existing facilities is sucking up more cash, too. Operating costs, a key measure of efficiency, have jumped as much as threefold for some companies since the beginning of the last decade. At least some of that is attributable to the sharp rise in the number of companies that now populate the region, but the increase comes at a critical juncture.

Prices for Western Canada Select heavy blend, the main oil sands benchmark, have improved of late as more crude flows by rail. But the heavy-oil grade has spent much of the past few years trading at bargain-basement lows, whipsawed by sudden refinery outages and pipeline snarls. The sludgy crude typically fetches a discount to WTI oil on account of distance to market and the extra cost of processing the gooey stuff into transportation fuel. Companies factor such discounts into investment decisions, typically in the range of $15 to $20 a barrel. The trouble is, that gap has mushroomed to more than $40 in recent years as production outpaces pipeline capacity, sapping billions in government and corporate revenue and halting investment in new projects like Joslyn.

Most industry watchers say prices will improve gradually as new pipelines are built. By some estimates, sales off Canada’s West Coast fetch as much as $20 per barrel more than inland crude. But multibillion-dollar projects like Northern Gateway and Keystone XL have been tied up for years by opposition and political wrangling, delaying efforts to reach growth markets.

With commodity prices softening, the scene is causing jitters. Despite endless bluster about cost-cutting and the benefits of new technologies, the oil sands, long considered a safe harbour for companies accustomed to fuel theft and other nasty business in far-off lands, haven’t licked their stature as one of the highest-cost locales to pump crude. As one corporate director and former industry executive says: “It remains vulnerable to a sharp drop in prices.”

Jeff Lewis is an energy reporter with The Globe and Mail, based in Calgary.