After a year of talking to big recruiters, Emilie Cushman knows what they're up against. "You're recruiting thousands of students, or at least getting spammed with thousands of applications. The applicants all look exactly the same because they're all coming out of school," Cushman says. "And they're all sending out paper resumés."

A couple of years ago, Cushman was one of those students. Now, at all of 23, she has just raised $2 million to grow the start-up she co-founded. Its mission: to help an expanding list of big-name recruiters find a better way of doing things. Her Toronto-based web service, Kira Talent, gives recruiters the chance to screen applicants by video interview before bringing them in for conventional face-to-face ones.

On one hand, her success is a testament to her company's lightweight, easily adopted product, which has already been picked up by recruiting departments at KPMG, Sun Life Financial and others—all in the mere year-and-a-half it's been on the market.

But it's also a testament to an industry that's been upended in recent years by the rise of social networks and the sudden ubiquity of high-quality, front-facing cameras built into every laptop, tablet and phone. A June report from Silicon Valley tech research firm Aragon counted no fewer than 29 companies (each with aspirational start-up names: Viasto, VidCruiter, Vieple, Wowzer) crowding into the video-interview space. Kira's own stats put the adoption of video interviews among recruiters at over 60%, up from 11% two years ago. We are entering the age of the job application by selfie.

Depending on the company, video interviewing can start with tools as basic as Skype or FaceTime. But Kira's value proposition lies in helping to reduce the organizational drag that comes from trying to schedule live or in-person interviews with candidates from around the world, often in different time zones. Cushman's company typically fits in at the start of the hiring process: helping organizations screen which candidates should advance to the more time-consuming, in-person interviews. Its software lets candidates log in at their leisure, view an introductory video from the prospective employer—a chance for that organization to drive home its own brand and message—and even answer practice questions in front of the camera, just to get used to what it'll be like. Then, when the candidate is ready, Kira pops the real questions the employer has loaded in, and the candidate has one, limited-time shot at replying. It gives the experience of an unscripted, real-time answer, but one that the applicant delivers in his or her home environment, and which the employer can review on their own schedule. "You can get a good impression of someone within 90 seconds of meeting them," notes Cushman.

Recruitment is a big industry—$9 billion annually in the U.S.—and the shifts that have overtaken it have come on fast in the past few years. For one thing, companies have been implementing so-called applicant tracking systems, pieces of corporate software that feed applications into a manageable, quantifiable database. (At the same time, these systems are about as exciting as enterprise software ever is and, when implemented poorly, can be a bureaucratic drag for applicant and employer alike.)

But other game-changers have been hiding in plain sight: LinkedIn, for instance, has eliminated the dominance of professional recruiters' prized, private databases of contact information. Now, corporations can skip professional agencies altogether and simply hire rooms of people to trawl the social network. "Anybody can do that. You can do it, our clients can do it," says Randy Quarin, the co-founder and senior partner at IQ Partners, a 52-strong Toronto recruiting firm. Quarin says his outfit has actually posted its best results ever in the past year—but it's done so not by shunning LinkedIn, but by being better at navigating it than their competitors and, moreover, doing work that their clients can't or don't wish to. "They don't have the time," says Quarin. "They don't have the fortitude to meet a lot of frogs, and kiss a lot of frogs, to see who the princes are."

On the whole, social networks, asynchronous interviews and video applications are leading to a far more fragmented recruiting landscape, but that's for the best: It offers a multitude of tools for a multitude of purposes, rather than shoving everyone through the same, highly imperfect, resumé-driven system. It looks like that rarest of digital outcomes: the win-win. Applicants get a chance to show a fuller picture of themselves, and companies get to combine video and text-based applications to make faster, cheaper—and, one hopes, better—hiring decisions.

All of which sounds completely intuitive to Cushman, who's been doing some hiring herself, as her company grows. "And to think," she says, "that even at this point, in 2013, there are still companies that make decisions purely based on a written application." 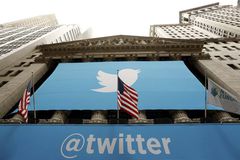 As jobs bloom, so do employment-services stocks
August 30, 2013 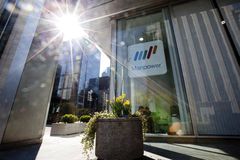 Why Loblaw's kept hiring grads during the recession
November 26, 2013 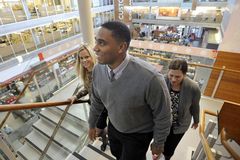