It is impossible to pass by the windows of Mastermind Toys without getting an urge to go in and play. A near-life-sized family of giraffes lingers just inside the doors, flanked by a fleet of pint-sized vehicles, including a vintage fire engine (red, No. 9). Noah's Ark is sailing in mid-air; there are sock monkeys the size of three-year-olds, train sets, gourmet kitchenettes, baby baby-grand pianos, more Lego than you can imagine.

Even an untrained eye can see that Mastermind stores are packed to the rafters with toys, but these aren't just any old toys. The company's buyers travel far and wide—to factories in Asia and the annual international toy fair in Nuremberg, Germany—to find exceptional merchandise. "We try to carry what's relevant, what matters and what we think is special—the best of what's out there," says Jon Levy, the company's co-founder and chief buyer. "Exposure to all the markets culminates in a truly edited selection."

Wholly family-owned until 2010, the 29-year-old Toronto-based company owes its rich history and what will perhaps be an even richer future to Levy's unflagging devotion to specialty items. Jon and his brother, Andy Levy, launched Mastermind as a 300-square-foot educational software business in 1984. Limited shelf space forced them to be choosy about which products to carry; the brothers stayed true to their roots as they gradually expanded to 11 stores across the Greater Toronto Area. At that number, Mastermind was already Canada's largest specialty toy retailer. That title attracted a steady stream of would-be financial partners pursuing them with offers to help roll out expansions; the question of franchising was raised every so often, but the Levy brothers stood pat. They would not grow the company if it meant risking control over what made Mastermind, well, Mastermind.

Similar specialty toy retailers in the United States were failing at their attempts to expand nationally. "Control, quality and focus of the business is key," Levy says. "You can wreck retail expansion really fast by compromising."

Only now—nearly 30 years in—has Levy set his sights on national domination. The company is pacing to open 50 to 60 outlets across Canada; seven new stores opened in Ontario last year, four of them in October alone. Another 10 are in the works for 2013, including several in Western Canada. Annual sales are projected at $50 to $100 million by the end of 2013 (the company is private and not obligated to disclose financial statements), no small feat during a retail period that analysts have deemed especially gritty for toy sellers (Mastermind excluded, thanks, analysts say, to Levy).

"This man is a product genius," says Richard Gottlieb, president of Global Toy Experts, a consultancy based in Manhattan. "When somebody goes in [to Mastermind] they're seeing not just what they're used to, but a lot of things…that are not available other places. People are driven by delight. What he's capturing is that segment of the population that seeks an experience."

These days, Mastermind is also riding high on what Jon Levy describes as an injection of "rocket fuel." In 2010, with Andy Levy looking to retire, Mastermind got serious with one of its suitors and signed a rare 10-year deal with Birch Hill Equity Partners. The terms have not been disclosed, although Birch Hill is on record as owning "a significant stake" in Mastermind. Levy will only say that he himself "still has some skin in the game" and is working at full tilt, travelling with his buying team with the same fervour as ever.

Sitting in the office Jon Levy shared with his brother for half a lifetime, though, is the company's new executive, Humphrey Kadaner. The former CEO of HMV Canada, Kadaner is Mastermind's COO and growth architect.

The question now is whether the pair can manage to broaden the company's culture along with its square footage. Until the expansion began, Mastermind had between 350 and 400 employees, more than half of them part-time, with

an average tenure of seven years—a retention that is almost unheard of in retail. That continuity of staff has been a key driver of Mastermind's success to date, Levy says.

"At the heart of our secret sauce is relationships…we try to be honourable in every way. Our vendors feel it, our staff and stores feel it. We listen to our customers at every turn," Levy says. "If all we did was grow and not hold on to what made the business special, I believe we will have failed." 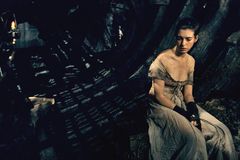 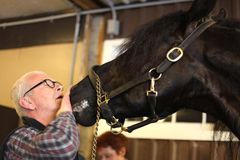 Ten phrases that should be banned from the workplace forever
February 22, 2013 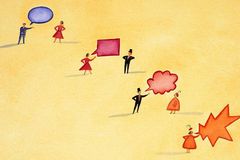 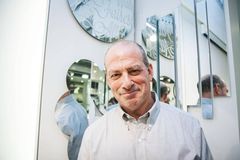 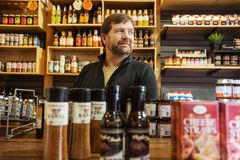