When the rich talk about the problem of income inequality, you know it really is a problem. At January's World Economic Forum meeting in Davos, Switzerland, the theme of inequality was prominent, even though the official motif of the annual gabfest for wealthy white entrepreneurs, bankers and industrialists (for that is who they are, mostly) was the banal "New Global Context."

Powerful men, and a few women, including Bank of England governor Mark Carney and International Monetary Fund managing director Christine Lagarde agreed that the gap between the rich and the poor is widening. They also warned that the trend could carry baleful economic and social consequences, even if no one knew how to narrow the divide—the rich do not warm to the notion of being taxed out of existence. But what was lost in Davos was the central irony of the event: It exactly coincided with the European Central Bank's (ECB) launch of €1.1-trillion worth of quantitative easing.

QE, as it's known, is supposed to be an economic lifesaver. It worked in the United States, Britain and Japan to some degree, though no two economists, finance ministers or central bankers would agree exactly why. Broadly speaking, putting more cash into the financial system is supposed to encourage businesses and individuals to borrow and spend more.

When QE works, it boosts asset prices, from equities to houses, which propels the so-called wealth effect. The trouble is that most of the assets that get inflated in value are owned by the rich, enriching them even more. No wonder the money-printing exercise is a hit among the 1%.

QE has become a global phenomenon, and the numbers are astounding. Since the start of the financial crisis in 2008, a hat trick of QE programs in the United States saw the U.S. Federal Reserve buy about $3.5-trillion (U.S.) worth of government bonds, mortgage-backed securities and debt of federally sponsored mortgage agencies. QE is voodoo economics, in the sense that it doesn't have the same immediate impact as, say, government spending on a road or hospital does. It works instead through indirect inducements.

When a central bank buys bonds in mass quantities, the sellers of those bonds receive cash, which is deposited in commercial banks. In theory—and sometimes in practice—the banks loan that fresh cash out to consumers and businesses. In Europe, lack of bank credit has hampered economic recovery, and the ECB has high hopes that its QE program will open the lending spigots and fuel inflation.

QE is also aimed at rejigging investors' portfolios. This is where the wealth effect comes in. When central banks buy massive quantities of bonds, they push the prices of them up and the yield (the effective interest rate) down. Those lower bond yields should encourage investors to switch into other asset classes, such as stocks, real estate, or even art and antique Ferraris. When household wealth rises, so does confidence. Feeling flush, consumers spend more, which spurs growth.

Of course, some households benefit more than others. A 2012 Bank of England report said that its QE boosted asset prices and household wealth, but the impact was "heavily skewed," because the top 5% of households held 40% of the assets.

Apart from making the average guy fly into a rage of resentment, an extra dollar or euro earned by the rich gives the economy less of a lift than an extra dollar earned by the unrich. A multimillionaire or billionaire who sees his or her portfolio swell may just sit on the gains, and not buy another car, house or yacht. But a few extra bucks sprinkled onto the poor and the middle class can trigger immediate spending. Recent European studies estimate that the bottom 50% of the population is up to three times more likely to spend any wealth gains than the top 10%.

The ECB's QE onslaught, which is supposed to begin in March and vacuum up €60-billion worth of bonds a month, is billed as a last-ditch cure for European economic stagnation and deflation. But other options weren't seriously considered. How about slapping more taxes on the wealthy and reducing them for everyone else? Or cutting tax subsidies for the rich? The Economist says that four times as much public money goes to the wealthiest 20% of Americans for mortgage-interest tax deductions than is spent on social housing for the poorest 20%.

Another idea, advocated by many economists, is to deposit, say, €500 in the bank account of every euro zone citizen.

The idea of millions of mini-helicopter drops of cash may sound outrageous, but it's really no different from U.S. income tax rebates handed out in 2001 and 2008.

QE may help restore growth in Europe, as it did in the United States and Britain, but it will come at a cost. Income inequality will get wider. When that happens, so do revolutions.

Can Pharrell, Bono and other Davos regulars really change the world?
May 12, 2018 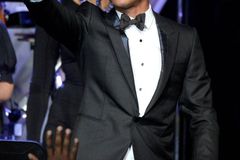 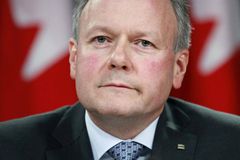