Since our inaugural Top 1000 issue in 1984, Report on Business magazine has been reporting on the highs and lows in business, from around the world.

Some of the juiciest stories, however, were the ones we never reported. They are the tales of the journalists themselves: how they landed interviews with hard-to-get subjects, their impressions of the leaders in corporate Canada or how serendipity can point you in the direction of a scoop.

And so, the following 12 stories take us to Bud McDougald's funeral, undercover at the Royal York Hotel, inside Conrad Black's office at 10 Toronto Street, and to Voisey's Bay, Manila, Fort McMurray, the debauched trading floor at Gordon Capital, and beyond.

And we're not just looking backward -- we asked some of Canada's leading business thinkers how to bolster Canada's business sector for the next three decades. We'll report back in, er, 2044 on whether they were right. 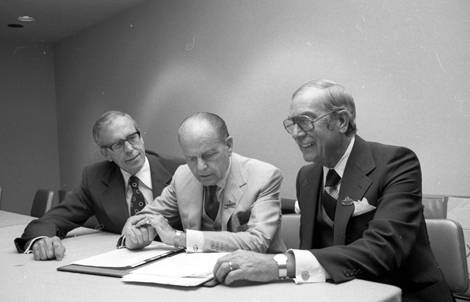 Bud McDougald, the death of an establishment man
Ian Brown

In retrospect, it’s understandable that the financial reporters who covered the death of John Angus (Bud) McDougald in March of 1978 described the attendees at his rain-drenched, limo-lined Catholic funeral at Toronto’s St. Michael’s Cathedral the way policemen record the wiseguys who show up at Mafia sendoffs.

McDougald, after all, was the deeply private chairman of the equally demure but immensely powerful Argus Corp., the holding company he ran with E.P. Taylor and a handful of Establishment pals. For 30 booming years after the war, their tiny oligarchy controlled huge swaths of Canadian business (by 1964, 10 per cent of the shares traded on the TSE in a single day were Argus-controlled), banking vast fortunes in the process. 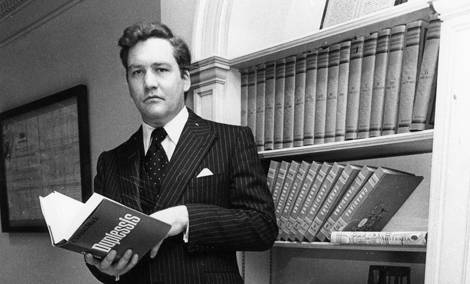 This magazine has had many distinguished contributors through the years. Conrad Black was one of them. He wrote a monthly opinion column from 1985 to 1987. He was the only columnist I ever knew who had his own chauffeured limousine.

He took his duties very seriously. He always filed on time and was extremely copy-proud. God help the editor who changed a word of his impressive prose without consulting him. Every so often, our soft-spoken fact-checker would find some detail that Black had gotten wrong. Black did not appreciate this. He stood his ground, strenuously, and occasionally complained to me about the abuse he had to take from ignorant underlings. 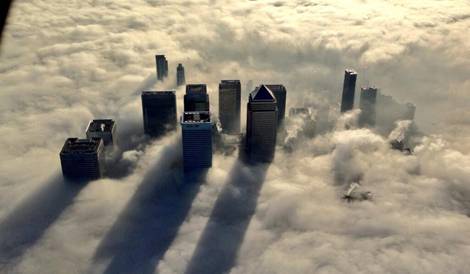 It was April, 1992, and the certain collapse of Olympia & York Developments, the world’s top office building developer, was one of the biggest business stories of the year. The company that had built Toronto’s 72-storey First Canadian Place, the World Financial Center in Manhattan and London’s Canary Wharf, the most daring and dazzling of all the projects masterminded by O&Y’s Paul Reichmann, was trying to hammer out a debt restructuring with its bankers to stave off a bankruptcy that threatened to obliterate the family’s property empire. The bankers were owed more than $14-billion (U.S.), or about $24-billion in today’s dollars, and they knew that the recession and global property glut would make it all but impossible for their loans to be repaid. 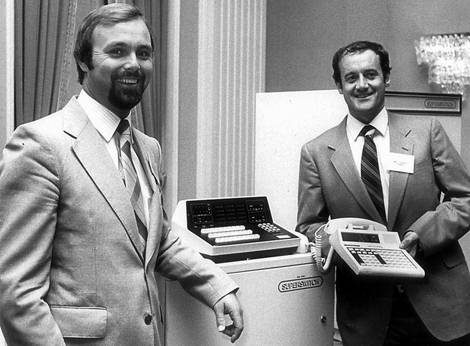 Tracking down the enigma of Silicon Valley North
Ian Austen

The lobby at Newbridge Networks’ head office was becoming tediously familiar. For the third time, I had trekked out to the Ottawa suburb of Kanata to interview the company’s founder, Terry Matthews.

My previous two trips had involved spending several increasingly uncomfortable hours with an increasingly embarrassed company spokesman. Both times, after breaking for an equally uncomfortable lunch and much study of data-networking trade magazines, I returned home in the evening having not even caught a glimpse of Matthews, let alone conducting our scheduled interview. 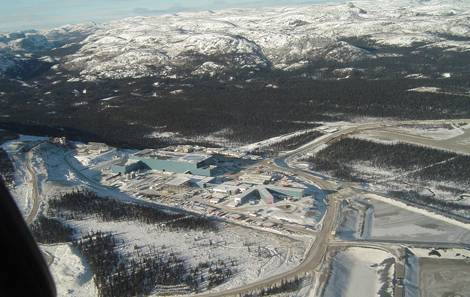 A nickel mine and the missing Placentia processing plant
Trevor Cole

It’s amazing how often serendipity plays a role in uncovering a great story.

One morning in May of 2000, I’d come back from the cafeteria with a coffee in my hand and I was standing restlessly at my desk at the magazine, where I was a staff writer. I’d finished my work on a previous assignment and it was time to look for the next subject. In the few minutes I’d been gone, a pile of office flotsam had landed on my desk. It was mostly a collection of press releases and industry publications I’d never bothered to look at. At another time, I might simply have moved the pile on to someone else’s desk. But this time I shuffled through it. And about 10 centimetres down, my eyes landed on an edition of The Charter, a thin, weekly newspaper from the little town of Placentia, Newfoundland. 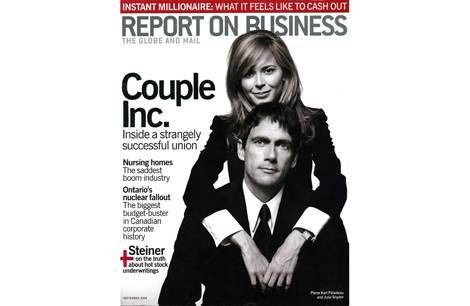 Most CEOs aren’t photogenic. They are also chronically time-pressed, and few of them can distinguish a good cover photograph from a bad one. Getting them to sit for anything other than a static pose is every photographer’s assignment from hell.

In the history of the magazine, however, one cover shoot stands out for its sheer difficulty. In fact, the September, 2003, cover featuring power couple Pierre Karl Péladeau and Julie Snyder almost didn’t happen. The incident revealed plenty about its principal subject. 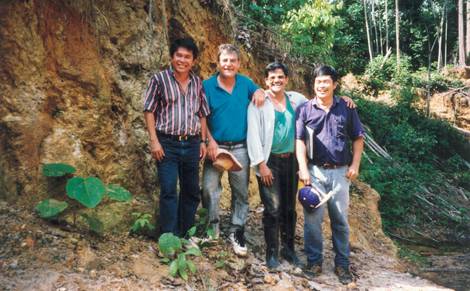 Remembering Bre-X: Suicide and the gold ‘find of the century’
Douglas Goold

With its wood carvings, objets d’art and pool surrounded by palm trees, it was hard to imagine a more luxurious hotel than the Shangri-La in Jakarta. When I knocked on the door of Suite 1234, a gruff John Felderhof greeted me. It was Feb. 28, 1997, and I was on assignment for The Globe and Mail. What neither of us knew was that this would be the last interview the controversial vice-president of exploration for Bre-X Minerals Ltd. would give before the whole Bre-X fable unravelled. 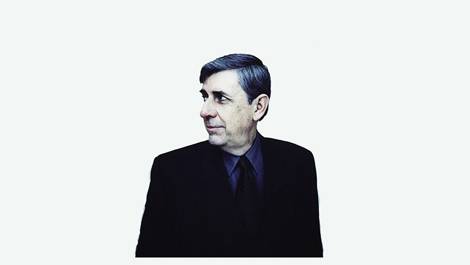 Those voices haunted me from the very first phone call. They still do.

Over a span of months, while putting together an oral history of Nortel for this magazine, I talked to engineers, to executives, to the guys who had to climb all those telephone poles, about the iconic Canadian company’s rise and eventual fall. I naively thought these conversations would involve a lot of switches and routers and other stuff I didn’t really understand. But when I started mining people’s memories, I realized I wasn’t writing a tech story at all. It became something much more, something deeply human. It was a funeral, essentially, with dozens of employees giving their own private eulogies. 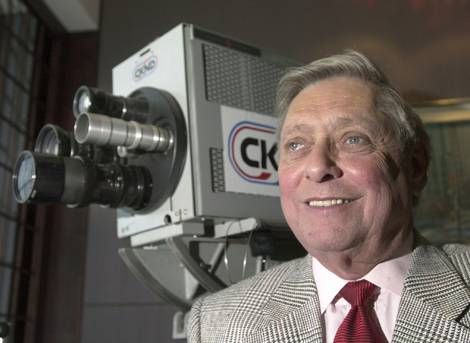 I met Izzy Asper on a hot and hazy morning on the last day of July, 2000. I remember the day vividly, not so much for the impression left by Izzy as for that left by Jenna Lewis. Jenna, you might recall, was one of the castaways on the inaugural season of Survivor: a lissome, gregarious young woman who was in Toronto to promote the show’s final episode.

I had been a daily newspaper reporter for less than a year, and I handled the interview clumsily, not least because I couldn’t unlock my phone and turn down the ringer, which trilled incessantly. Finally, after the third or fourth time, I excused myself to take the call. It was the business desk, telling me that CanWest Global Communications, the media giant assembled by Izzy Asper, was buying the bulk of Conrad Black’s newspaper empire for more than $3-billion. I was to abandon Jenna immediately and get over to the news conference. 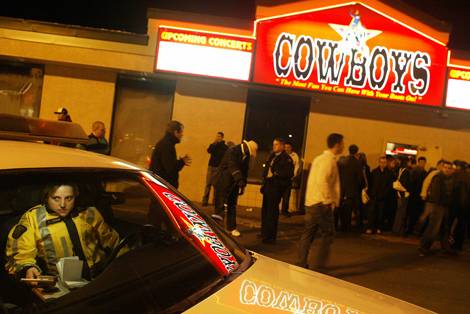 'The Fort Mac of 1979 is a distant memory'
Gordon Pitts

Driving to the crest of the river valley above downtown Fort McMurray, I felt a mix of excitement and dread. It was late 2006, 27 years after my last visit to the Northern Alberta city. I knew much had changed -- I just didn’t know how profoundly.

I had come here for the first time in 1979, as a young reporter intrigued by the promise of hundreds of billions of barrels of oil locked in the sand around Fort Mac. It was the third-largest untapped reserve in the world, and it held the potential to change the energy game. At the time, there were only two mines actually producing anything up here, and they used quaint, Rube Goldberg–like contraptions called bucket wheels to get at the raw bitumen. 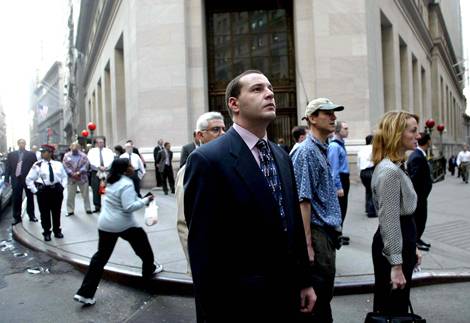 Locked inside the NYSE on Sept. 11
Amanda Lang

I had just finished a report from the New York Stock Exchange when the CNN anchor cut to the stunning scene at the World Trade Center. It was one of those perfect fall days, clear and crisp under a pure blue sky. And against that sky, horror. I stood there on the floor of the exchange and watched as the second plane hit. Minutes later, there was a collective gasp from the traders around me, as the electronic news crawl high on the wall told us that the Pentagon was under attack, too. 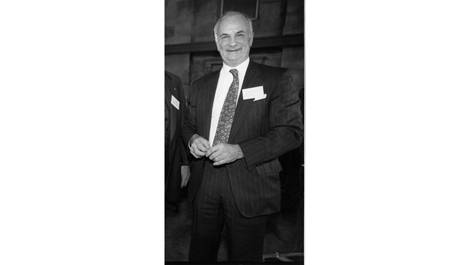 Not long ago, Canada’s stock market was dominated by a single, larger-than-life personality. The name changed with each generation, but there was always one trader who was cock-of-the-walk, who possessed an uncanny ability to read the Street, who barked buy-and-sell orders that rivals rushed to match, and whose excesses outside of work were as legendary as the paydays earned on the trading desk.