During the 25 years Ken Eady worked as an executive in human resources at Sears Canada, he assured thousands of employees that they could count on their pensions. Now Sears is in bankruptcy protection, its pension is underfunded, and Eady himself likely won't get the retirement income he was promised.

Eady is among the 18,000 current and former Sears Canada workers bracing for the worst. The 74-year-old is now a spokesperson for the Sears Canada Retiree Group, and he says he feels guilty about his role in the disaster. "I think many of us who worked in executive positions feel that way. You know, not guilty to the extent that we did something wrong, but guilty about the fact that the company is not keeping its promise to those people."

If anyone should feel guilty, though, it's the politicians and regulators who turned a blind eye when Sears Canada skimped on pension contributions over the years—even as it paid out billions of dollars in excess cash to shareholders.

For years, the Ontario government and the Financial Services Commission of Ontario (the provincial pension regulator) knew that Sears Canada—which offered a defined-benefit pension plan that guaranteed workers a set payout—risked joining the ranks of Stelco, Algoma and Nortel in defaulting on its promise.

Now Sears Canada is under court protection from creditors, and it's estimated that pension payouts could be slashed by 19%. You'd think the Ontario government would take this opportunity to crack down on companies that leave retirees in the lurch. Shockingly, it has chosen to do the opposite: It recently announced proposals that will make it easier—not harder—for corporations to underfund their pensions.

Bill 177, which received royal assent in December, lays the groundwork for a coming regulatory change that will reduce the pension solvency funding requirement from 100% to 85%. The idea is to give companies some leeway when money is tight.

But when Sears underfunded its pension, money wasn't tight. The company spent years selling off assets and paying out the proceeds to investors, mainly its majority owner, U.S. hedge fund manager Edward Lampert. In fact, Sears Canada has shovelled out $1.5 billion to investors through dividends and share buybacks since 2010—an amount that is five and a half times the cost of filling the $267-million hole in its defined-benefit pension plan, according to a study by the Canadian Centre for Policy Alternatives (CCPA).

Ontario's proposed regulatory changes would make such pension underfunding perfectly legitimate. More pensioners will likely need bailing out, so the province also proposes to increase benefits under its Pension Benefits Guarantee Fund—which helps cover the payout gap when underfunded pensions are wound up. When that fund is tapped out, taxpayers can expect to cover the difference.

Pension defaults are rare, but the CCPA study found that of the 39 largest publicly traded companies that have defined-benefit pensions, only nine had plans that were fully funded last year. Rather than loosening restrictions, Ontario should amend the Ontario Pension Benefit Act to require businesses to fund 100% of their pensions. Those that can't shouldn't offer pensions in the first place.

The federal government could also do its part to prevent future pension disasters. For instance, it should change Canada's insolvency laws so that pensioners have "super-priority" status when companies seek court protection from creditors. That would give pensioners front-of-the-line standing over other creditors when companies go bust.

Critics will counter that such a move would drive up borrowing costs for companies because banks will view them as higher-risk debtors. Currently, secured creditors, such as banks, get first dibs on any money that's left over after a bankrupt company's assets are sold off.

But it's not like companies are clamouring to start new defined-benefit pension plans. We're talking about a dwindling group of Canadians who've been cheated out of financial security.

Leaving retirees to scramble in their golden years is cruel, and it is unconscionable to expect an overtaxed middle class to foot the bill for corporate chicanery. If governments won't stop companies from dodging their pension obligations, it's just a matter of time before we see the next Sears Canada. And that's a prospect that should worry us all. 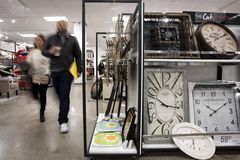 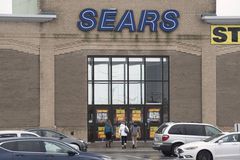 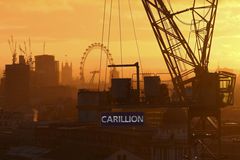 Follow Rita Trichur on Twitter @ritatrichur
Report an error Editorial code of conduct
Due to technical reasons, we have temporarily removed commenting from our articles. We hope to have this fixed soon. Thank you for your patience. If you are looking to give feedback on our new site, please send it along to feedback@globeandmail.com. If you want to write a letter to the editor, please forward to letters@globeandmail.com.
Comments are closed