The C Series plane is scheduled to make its maiden flight in June, marking the biggest step yet in Bombardier's $3.4-billion plan to take on Airbus and Boeing in the lucrative market for short-haul, single-aisle commercial jets. Rob Dewar is in charge of making sure the plane gets in the air in June.

How important is this plane to Bombardier?

It's very important. This aircraft is really the future for this division. We have very good products in this segment right now: The Q400 is outstanding and a leader in its segment and the CRJ is a historical product; but for commercial aircraft, the C Series is really where the major growth is going to come from.

What was the hardest thing to do when it came to the C Series?
It was just convincing everyone that we can do this.

What was the impact of the struggles Airbus and Boeing had with their new planes?
It really gives us a lot of headwinds, because the performance of some of our competitors has been less than stellar. That puts a lot of question and doubt into the industry's ability to deliver a quality product on time. The only way to fight the headwinds is to get tailwinds and deliver on our commitments.

What are some of the cutting-edge technologies on the plane?
It's the latest technology in aerodynamics. So if you look at our wing geometry, or aspect ratio—which is a measure of the slenderness of the wing and translates into better efficiency and fuel burn—we have a two-metre bigger span than the A320 family. The wing itself is carbon fibre; it's the latest technology in the industry, and is a generation improvement from what is offered by our competitors. The engine: We were the first in the industry to select the geared turbofan from Pratt & Whitney. In the cabin, we offer the best environment for passengers. So whether you compare bin size per passenger, aisle size, seat width, number of windows per passenger, all that is a new standard in the cabin. We have an advanced aluminum fuselage, which is the right balance between new technology and delivers the ultimate performance in maintenance and corrosion.

How much simulation will you have done before you start testing?
We've been doing simulations for four years. About two years ago, we started doing individual system tests at our suppliers, but really it has been since last August that we started testing a fully assembled aircraft and going through systems testing. Those tests have been running seven days a week, 24 hours a day.

Once it's in the air, what will you test?
The first thing we start doing is opening the flight envelope, meaning speed, altitude, we do some [landing gear] swings in the air. We'll actually do some different manouevres to make sure of the handling characteristics. We start productive flight testing from that very first flight.

On that first flight, how long will the plane be up in the air?
Typically it would be in the order of a one-hour to a 90-minute flight. If the pilots feel good, it could actually go a little longer; if the weather is not favourable, it could be shorter.

How does it work after that?
After the first flight, then we actually put the aircraft down to do some more ground testing on it for approximately a week. Then we'll head back into the flight-test program.

What was your lowest point during the plane's development?
I would say in 2006, when we decided to slow the program down and upgrade the technology. We went with new engines, and we needed to make sure we were absolutely leading the industry with the platform. It was the right decision at the time, but it was a low point after a couple of years of work, to really rethink the program.

What was the highlight?
For me, it was July 13, 2008, when we relaunched the program. But to be honest, the high point is going to be when we get the plane in the air in June.

The plane is kind of like your baby. How often do you go and look at it?
My office is only 50 metres from the plane. I'll go over about three or four times per day.

The interview was condensed and edited. 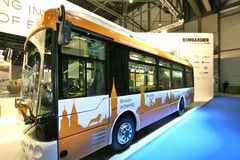 Jet-sharing soars as economy picks up Bombardier promises C Series jets will take off on time 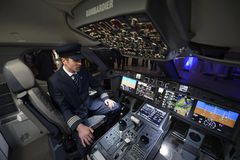