You don't expect to hear one of Canada's top economists evangelizing about artificial intelligence. Household debt or inflation, maybe—but AI? A lot has changed for Tiff Macklem since 2013, when he was senior deputy governor of the Bank of Canada and Mark Carney's heir apparent. When Stephen Poloz got the governor's job instead, Macklem jumped to the Rotman School of Management. As Rotman's dean, he swapped concerns about monetary policy for real-life business issues—he has no interest in parsing Poloz's moves. Instead, Macklem talks about quantum computing, conquering Moore's Law and how Justin Trudeau is helping Canada create the next Google.

The commodity cycle has turned in a big way. Do low oil prices prove that Canada needs to find new business opportunities?

Natural resources are an important part of our economy. But with the rout, we are realizing we need to diversify our sources of wealth creation. For example, Canada is a leader in one of the major new emerging technologies, artificial intelligence. (1) One view is that AI today is where the Web was in 1995, and five to 10 years from now, every company is going to need an AI strategy. The government of Canada invested heavily in AI research, but we have failed to translate that into commercial success. Our best graduates are getting picked off by Google and Facebook. (2)

Those are powerful magnets. We tend to focus on start-ups, but what's the missing ingredient that will create Canadian Googles and Facebooks?

There is no question that having more global brands would be very helpful. Global brands are pools of talent, with people who can then move to start-ups. They are also very sophisticated customers—they support the ecosystem around them.

We need to help some of our most successful companies break through. There is actually a bigger role for the government to get out there and brand Canada. As much as the rest of the world is looking inward, Canada is becoming more open, more inclusive. That's a strong talent-attractor for us.

Why is government so important?

The government's role is to create conditions for business success. But much of government support goes to sectors and companies that are struggling. That has some broader public policy benefits, but it is simply thwarting needed adjustments. As the speed of progress accelerates, it will be important to keep up, or the standard of living we enjoy will be eroded. We'd be better off doubling down on the sectors that are winning, and helping them compete globally.

The private sector has a complementary role to play. A good example is infrastructure. We have a significant infrastructure deficit. But in assessing which projects to do, their productivity-enhancing potential should be a key filter. Rather than simply building roads and bridges, let's think about building the infrastructure for electric cars. (3)

How well is Ottawa doing in this regard?

The previous federal government saw Canada as an energy superpower and gave a lower profile to climate change. That was a step back from Canada's traditional brand, and I give this new government high marks for refreshing Canada's brand. But if we want to compete successfully against the best in the world, we are going to have to pick a few spots and make some big bets to create the global corporate brands we need.

If you had to make those big bets, what would they be?

I've talked about AI. Canada has leadership from a research standpoint, but we need to do a better job monetizing that. Quantum computing is closely related. The Perimeter Institute (4) in Waterloo is a world leader in theoretical physics. It's some ways off in terms of commercial success, but the world is increasingly looking at it as the next solution to extending Moore's Law. We have tremendous advantages in agriculture, creating high-value crops. We have some of the world's leading hospitals and research in regenerative medicine. Fintech is another area. Toronto is a global financial centre with very sophisticated customers. The government needs to create a safe zone for financial innovation and look at the regulatory structure to protect consumers. We need to double down on these winners.

Is there a cultural obstacle here?

Canadians are very inventive. Our problem is not new start-ups, but successfully scaling them to compete globally. But Canada is a very nice place to live. It's a comfortable place. So how much risk do you want to take?

(1) Canada's AI star: Geoffrey Hinton, a computer science professor at University of Toronto who works part-time at Google, is considered the world's "godfather of neural networks."

(2) University of Waterloo is the second-biggest source of hires for Silicon Valley, according to Startup Companies Inc., behind University of California, Berkeley.

(3) There were 1.26 million electric cars on the road globally at the end of 2015, according to the International Energy Agency.

(4) Founded by Mike Lazaridis in 1999, the institute has attracted scientists from around the world, including Stephen Hawking. 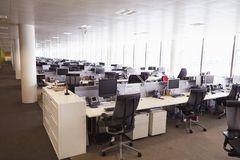 Robots won’t steal your job — smart software will
June 27, 2016
Follow David Berman on Twitter @dberman_ROB
Report an error Editorial code of conduct
Due to technical reasons, we have temporarily removed commenting from our articles. We hope to have this fixed soon. Thank you for your patience. If you are looking to give feedback on our new site, please send it along to feedback@globeandmail.com. If you want to write a letter to the editor, please forward to letters@globeandmail.com.
Comments