A decade ago, the fresh young CEO of the Royal Bank of Canada, Gord Nixon, wanted to make a statement, one that might define his career at Canada's most influential bank. Something that would set him apart from the bloodless executives who stuffed his profession like a convention of B-movie zombies.

In a speech at the Canadian Club of Montreal, Nixon decried the hollowing out of corporate Canada. He lamented the loss of big-name companies through mergers and acquisitions, noting that in the previous two years alone (2000-2002), some 62 of the country's largest corporate players had disappeared, more than half of them through foreign takeovers.

At the time, the legion of the vanished represented 27% of the float value of the Toronto Stock Exchange's main index. Nixon said that "we should be asking why so many of our industry leaders are being consolidated, rather than doing the consolidating; why we are losing head offices at such an alarming rate; and what is the cost?"

All good questions, none satisfactorily answered by him or by anyone else then or in the decade that followed. The foreign takeover trend has accelerated—in part due to Nixon's crack team of sell-anything-that-moves investment bankers at RBC. Some of the Canadian biggies that we business journalists no longer write much about include Alcan, Inco, Falconbridge, Dofasco, Stelco, Ipsco, Molson, Fairmont, Four Seasons, Newbridge and Zenon Environmental. Canada was built on steel and beer. There is no steel or beer company of any significant size that is owned in, and run from, Canada.

Hollowing out has turned Canadians into bit players in industries that we used to dominate, or where we at least had a seat at the table. Take mining. Toronto's main board and junior exchange have more mining listings than any other market—1,646 at the end of last year, with a collective market value of $427 billion. But of the lot, just three of the Canadian companies—Barrick Gold, Goldcorp and Potash Corp. of Saskatchewan—could be considered world-scale. None of Canada's base-metal miners makes the global top 10, measured by Forbes magazine (the biggest, Vancouver's Teck, ranks somewhere in the mid-teens).

We are bystanders as the world carves up the last great ore bodies to feed the Chinese resources beast. Switzerland is now setting the global resources agenda. In 2006, Zug-based Xstrata snared Canada's Falconbridge. Xstrata is now trying to merge with its 34% owner, Glencore International, another Swiss giant, the world's biggest commodities trader.

In March, Glencore offered to buy Viterra, Canada's biggest grain handler, for about $6 billion. It's an open secret that Glencore-Xstrata has mighty Anglo American in its crosshairs (Xstrata tried to buy Anglo in 2009). Other Swiss global industry leaders include Nestlé, Syngenta, UBS and Novartis.

Why are Canadians so keen to sell? Lack of confidence is a good place to start. For decades, Canadian companies had capital handed to them, first by the British, then by the Americans. Now that CEOs face a global fight for capital, many of them seem to be taking the easy way out and selling to, rather than competing with, big-name rivals.

Greed is surely another reason. Canadian investors adore instant gratification, even if it means giving up a long-term growth play. Look how they pushed to turn much of corporate Canada into income trusts in the middle of the last decade. Trusts were tax-avoidance stunts that delivered quickie returns to shareholders. In the worst cases, companies that were global leaders were dismantled and turned into insular domestic bores so they could become trusts. Alberta's Precision Drilling comes to mind.

So what can be done to slow the hollowing-out trend? Ideas have been tossed about, from reciprocity—you can buy us if we can buy you—to putting specific targets in the Investment Canada Act, such as a rule that foreign owners bestow world-product mandates on their new Canadian subsidiaries.

But new rules and targets won't work. To reconcile the duelling objectives of maintaining an open economy and preventing hollowing out, Canadian executives will have to develop a winners' mentality and shareholders will have to realize that building, not selling, great Canadian companies can work marvels for economic sovereignty, job creation and family wealth.

All hope is not gone. We've lost head offices in mining, beer, steel and other businesses, but there is an industry where Canada has a chance to become a world-beater: agriculture. We have land, water, technology, potash-based fertilizer and infrastructure, such as rail and ports. Another two billion people will have to be fed by 2050. Canada should, and could, build its own Glencore, Archer Daniels Midland, Cargill or Monsanto.

Oops! We've now agreed to sell Viterra and its irreplaceable grain elevators, to Glencore. It seems that CEOs and investors are happy to embrace national branch-plant status after all. 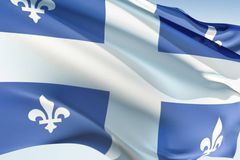 Viterra profit more than doubles to $67-million ahead of takeover
June 12, 2012 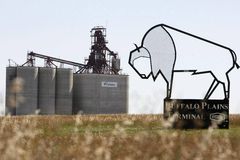