When Michael Litt and Devon Galloway launched Vidyard, they knew the market in which they wanted to compete—but, as often happens with start-ups, they didn't yet know the best way to do it. Back in 2009, Litt was interning at Cypress Semiconductor in California while pursuing an engineering degree at the University of Waterloo. It was his job to find production studios that could create customer-service videos for Cypress's website, but he found that the studios charged exorbitant prices for low-quality product. Litt's idea was simple: make better and cheaper videos for corporate clients.

That was the seed for Vidyard, a Kitchener, Ontario-based company that has since grown to 160 employees, raised $60 million (U.S.) in venture capital and now claims blue-chip clients such as Virgin America, Lenovo and LinkedIn. But while video production gave the partners their start, real growth only happened when they zeroed in on a bigger opportunity: video analytics.

Prognosticators have been trumpeting the surging importance of online video. Cisco Systems estimates that within three years, video will comprise 82% of consumer Internet traffic. One Facebook executive has predicted that the social platform will "probably be all video" within five years. While our growing tendency to get our entertainment from digital devices is a big reason for this video wave, another major user group is business. Companies are increasingly relying on online video for marketing, customer service, training and corporate communications. These viewers aren't zoning out on the couch; they're focused on what they're watching—perhaps troubleshooting a product problem or learning new software. They are viewers whom Vidyard helps its customers understand.

"Every company is now a media company," Litt likes to say, pointing to how the Internet is turning brands into publishers, as companies fill the various platforms and channels, and their own websites, with original content. And with most consumers researching purchases online, companies want to be the ones providing that information. Increasingly, that means video.

YouTube may seem like the obvious destination for such content but, with 576,000 hours of video uploaded daily, it's easy to get lost. Companies also lack control of how their clips are presented—rivals' videos often appear on the side of the screen—and where they end up. "The video can be downloaded and reposted by anyone," points out Forrester analyst Nick Barber. Another downside: YouTube provides only limited analytics. Merely knowing how many times people pressed play (a "vanity metric," says Litt) doesn't tell you anything about the audience.

When the partners saw the clients of their video-production business struggling to gauge the impact of their investment, they realized that if they tracked viewer data for the videos they created, they could feed it back to clients using detailed dashboards. This critical shift drew the support of Montreal-based investment firm iNovia Capital, which has participated in all three of Vidyard's financing rounds. "Before, companies would sink tens or hundreds of thousands of dollars into videos, stick them on their site and hope that would turn into some meaningful revenue," says iNovia partner Karamdeep Nijjar. "With Vidyard, you can get very granular on what that ROI looks like."

Vidyard tells its customers how much of the video viewers actually watched. Did they hover for three seconds before clicking away, or stay to the end? The company then adds an extra layer of detail by integrating that information with other data that its clients already gather. Vidyard distributes its service mainly through "marketing automation" platforms such as Salesforce and Marketo, whose tools categorize potential customers according to their online behaviour, then slot the viewers into semi-personalized e-mail campaigns. Vidyard allows marketing and sales teams to take the same data-driven approach, but with video. Which their clients like, because people are 65% more likely to click on the content if it has the word "video" in the subject line, according to the digital marketing company Syndacast.

Litt envisions video evolving into an everyday communication tool, like typing a message or making a call. To capture this potential, Vidyard recently launched ViewedIt, a web-browsing plug-in that turns screenshots into videos. If you find something interesting online and want to share it, you can make a recording of what's on your screen with your own voice-over and pass it along via e-mail. Vidyard then tells you if the recipient paid attention.

The future for Vidyard, as for many companies focused on analytics, lies in artificial intelligence. The firm, which now hosts corporate videos that generate 50 million views a day, is exploring ways to apply machine-learning algorithms to all that data, to help its clients find better ways to hold viewers' interest. To this end, Litt is betting on customization. Last year, Vidyard acquired SwitchMerge, which personalizes large e-mail campaigns to individual recipients. Vidyard has adapted SwitchMerge's technology to let marketers insert customer names onto objects that appear in videos, such as a mug or an iPad. Down the road, Litt wants to take that personalization further, by "dynamically changing the content based on the viewer." Creepy? Maybe. Will it work? Either way, Vidyard will be able to measure it.

ROB Magazine
Why lithium is the new gasoline
January 30, 2017 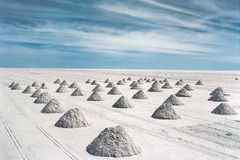 ROB Magazine
Why do we need Keystone XL anyway?
January 24, 2017
ROB Magazine
Invest Like a Legend 2017: Ten legends reveal how to make money in the coming year
January 26, 2017
Follow us on Twitter @globeandmail Opens in a new window
Report an error Editorial code of conduct
Due to technical reasons, we have temporarily removed commenting from our articles. We hope to have this fixed soon. Thank you for your patience. If you are looking to give feedback on our new site, please send it along to feedback@globeandmail.com. If you want to write a letter to the editor, please forward to letters@globeandmail.com.
Comments