An upstart online investment service, based in California, is grabbing headlines for its seductive concept of investing in ideas. At Motif Investing, you don't have to bother with the nitty-gritty of selecting individual stocks. Instead, you choose a theme—a "motif"—and the site automatically selects an appropriate bundle of securities for you.

Some motifs are relatively standard (Precious Metals, for instance), while others are more exotic (Deflation or Big Data). Customers simply click a button to purchase a portfolio of up to 30 stocks that reflect the motif they like best. If you don't want to spend hours poring over balance sheets, this sounds like a dream come true. You simply pick the big trends that will dominate the market for the next few years. What could go wrong?

Quite a bit, in fact. Motif Investing's approach sums up just about everything the average investor does wrong. Its website—motifinvesting.com—which, for now, caters only to U.S. residents, encourages people to ignore the humdrum chore of evaluating individual companies and to focus instead on attractive but often nebulous stories, especially ones that have recently generated strong returns or are in the news. The Online Gaming World motif, for instance, allows you to invest in a bundle of companies tied to the video-game business. Renter Nation gives you stakes in U.S. companies that are expected to benefit from the recent popularity of renting homes.

The problem? Some gaming and home- rental stocks may do very well over the next few years. But there's no way of knowing which ones are most likely to be winners until you look at each company in each portfolio.

The world's best investors are well aware of this phenomenon. While many of them may start with a broad idea, they usually generate outstanding returns by spotting cases where an individual business is better than the market currently thinks it is. Warren Buffett bought shares in Coca-Cola because he believed the market was underestimating that specific company's long-term growth potential; he didn't buy soft-drink stocks in general. Bill Ackman invested in Canadian Pacific Railway in the fall of 2011 because he believed a change in management could shake the company out of its lethargy; he didn't just snap up railroad stocks willy-nilly.

Of course, Motif Investing isn't the only provider touting ill-defined stories. Many exchange-traded funds offer ways to play themes or sectors. Those funds often exploit investors' desire to ride what is hot, a penchant that can be fatal to long-term returns. Market researcher Dalbar found that the typical investor in U.S. equity mutual funds earned an average of 4.3% a year between 1992 and 2012, while the Standard & Poor's 500 Index returned 8.2% a year. Those investors tend to trade too much. They chase what is popular and ignore what is out of favour and therefore cheap.

There are two smart ways to invest. One is to do the hard work of evaluating individual companies in hopes of turning up an undervalued gem. The other is to buy an index fund or ETF that tracks a broad, well-diversified market, but charges lower fees than traditional mutual funds. Motif investing does neither, which is why it's not as brilliant a way to invest as we are being led to believe.

How do you pick companies that will grow and succeed?
We hunt for companies with competitive advantages that trade at attractive prices. We are also drawn to firms in niches that have higher growth rates than the average in their industries. We own very few resource companies.

You've had about 25% cash in your funds lately. Are some markets and sectors getting frothy?
U.S. small caps are getting terribly overheated. It's also shocking how many technology companies, including Twitter, have done initial public offerings, but have no earnings. The last time we saw that was in 2000, and it did not end well for investors.

What stocks do you own that still have a wide margin of safety?
If you can buy growing businesses at 10 to 12 times earnings, I think you have a big margin of safety. Even if you are wrong about the growth or the company's competitive differentiation, you are protected in your valuation. One example is Booz Allen Hamilton Holding, the Rolls-Royce of U.S. government consultants. Another is France's Ipsos, whose main business is market research for packaged-goods companies. It has a great footprint in emerging markets. 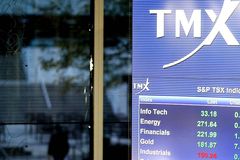 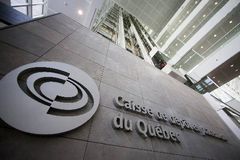