If you live in Toronto or Vancouver, you may have seen the ads for Freedom Mobile. Featuring a bright orange teddy bear, reminiscent of the creepy animatronic star of Seth MacFarlane's Ted movies, the commercials attempt to entice consumers with lines such as "It's like driving a highway with no one in sight." It may not look like it, but the discount carrier is actually what used to be Wind Mobile, which was acquired and rebranded by Shaw Communications last year.

A common theme in the ads is that the new service is fast because almost no one uses it. Freedom Mobile head Alek Krstajic recently compared its LTE service to a "superhighway with no traffic on it whatsoever." It's a strange marketing strategy indeed—and just one of several indicators that Shaw's latest foray into wireless is bound to disappoint.

For subscribers: Shaw expected to put new pressure on wireless incumbents in 2017

For subscribers: Cable wars: Shaw, Rogers in a fight to take back TV

For subscribers: Shaw's bid to win back the West

That Shaw would position itself as a new entrant in 2017, when most Canadians already own a smartphone, should give shareholders pause. And Shaw's track record offers no reassurance at all: The company spent more than 20 years running hot and cold on wireless, with no clear strategy.

Its first blunder was walking away from Fido. Shaw was one of the early investors in Microcell Telecommunications, which launched the Fido brand in 1996. Back then, wireless was a growth industry, and Shaw poured millions into Microcell. But instead of making a play for control, Shaw sold its near-10% holding in 1998 to focus on its core businesses.

Years later, Shaw's then-chief executive officer, Jim Shaw, did an about-face. In March of 2005, he vowed to roll out a cellphone service within six months, hinting that Shaw would sign a resale agreement with an established carrier. But when no deal materialized, Shaw changed course yet again. The company spent $190 million at an auction of public airwaves in 2008, with big plans to become a new carrier in the West, Prairies and Northern Ontario.

Three years later, the company stunned investors by scrapping that strategy, saying it no longer made sense to spend $1 billion to build a cellphone network. Instead, Shaw's new CEO, Bradley Shaw, planned to launch a less costly WiFi network—but there was no hint as to how it would make money.

Meanwhile, Shaw decided to sell off the spectrum it had purchased earlier, closing a deal in 2015 to sell it to Rogers for $350 million. But shockingly, with the ink barely dry on that sale, Shaw's CEO changed his mind yet again. Suddenly, the business case for wireless made sense. In late 2015, Shaw announced it was buying new entrant carrier Wind Mobile for $1.6 billion.

Over the years, Shaw's shareholders have paid the price for its executives' indecision. Chief rival Telus Corp. already operates a superior LTE network, while Shaw is still playing catch-up.

Shaw is spending heavily to upgrade Freedom Mobile's network, which, during its Wind Mobile days, gained a reputation for patchy reception. Persuading former customers like me to return for a new high-speed LTE offering will be an uphill fight. Freedom's main competitors—Fido (Rogers), Virgin Mobile (Bell) and Koodo (Telus)—have offered LTE for years. The most lucrative customers, those who subscribe to the premium services provided by Rogers, Bell and Telus, are often bound by contracts that bundle wireless with services such as TV, Internet and home phone.

Although Shaw says its wireless results will improve, it's unclear what will fuel that growth. There are already more than 30 million wireless phone subscribers in Canada, a country with a population of about 36 million. Since everyone who wants a phone already has one, Shaw will have to battle its rivals for every customer.

Shaw is offering few details about how it will do that. Rogers, Bell and Telus have superior wireless networks and a wider array of devices. Wind Mobile's inability to sell the iPhone was one of the biggest obstacles to its growth. There's no immediate plan for Freedom Mobile to offer the iconic device.

In fact, the real reason that Freedom Mobile's new LTE network is virtually traffic-free is because none of the trendiest smartphones from Apple or Samsung operate on its band of spectrum. Its 3G network, meanwhile, is outmoded and clogged.

It's a hot mess. And why Shaw launched a low-margin discount carrier like Freedom—rather than a premium wireless service under its own name so it could offer bundled discounts—is beyond me.

Freedom's selection of handsets will likely improve over the coming years, but I fear it may take even longer for Shaw's wireless strategy to fuel meaningful earnings growth.

"When you've had enough, choose Freedom." That's the tag line for Freedom Mobile's new ads, but it may also be good advice for shareholders.

Shaw’s bid to win back the West Subscriber content 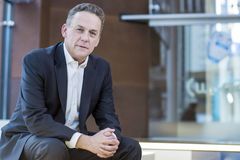