The goal of economic sanctions is punishment. That means imposing investment, trade and banking restrictions instead of lobbing missiles into the postal code of the leader you want to depose. But the success rate of sanctions has been spotty. Severe sanctions didn't get rid of Libya's Moammar Gadhafi; the homegrown Arab Spring took care of that. The half-century-long American embargo against Cuba has utterly failed to oust the Castro brothers.

Iran is another story. There, sanctions seem to be working. In place, in essence, since the fall of the Shah in the 1979 Iranian revolution, they have been progressively tightened to the point the country is vying with Greece for economic dog of the decade. In the past year, Iran's gross domestic product has declined by more than 5 per cent, annual inflation is running at no less than 40 per cent and youth unemployment is almost 30 per cent. Oil exports have plummeted to as little as one million barrels a day from 2.5 million in 2011. Before the revolution, the figure was close to six million.

It comes as no surprise, then, that Iran's new president, Hassan Rouhani, has been given a mandate by Ayatollah Ali Khamenei, the supreme leader, to strike a deal with Americans to end the pain. The phone conversation between U.S. President Barack Obama and Rouhani—the first direct contact between the presidents of the two countries since 1979—suggests a diplomatic breakthrough is possible, as long as Iran can convince the West that its nuclear program is entirely for peaceful purposes, a claim to be verified by a rigorous international inspections regime. While Israel will never believe that Iran's uranium-enrichment activities are aimed at anything but bomb making, businesses around the world can't wait for Iran to rejoin the global trading and banking system.

The developed world is hunting for new markets as the BRIC countries—Brazil, Russia, India and China—go from economic gallop to trot. With a population of about 75 million, a low average age, a big middle class and an extensive (and free) education system, Iran theoretically represents the equivalent of a Group of Eight country. "Iran has a huge pent-up demand for cars, consumer products and industrial products," says Gary Sick, the senior research scholar at Columbia University's Middle East Institute who served on the National Security Council under presidents Ford, Carter and Reagan.

Even though no deal appears imminent, economists and management consultants lost no time in the autumn sizing Iran as the phone lines between Washington and Tehran lit up. In October, the Boston Consulting Group published "Beyond BRIC," a study that focused on the expanding auto markets in 15 high-growth developing economies. Iran placed third in auto market potential, only slightly behind Indonesia and Mexico, with expected car sales of 1.5 million in 2020. That would put it on par with Canada's 2012 car sales and well ahead of Italy's.

Iran would be a godsend for multinationals such as Unilever and manufacturers such as Boeing. The parts-starved and crash-prone Iranian passenger plane fleet is in sore need of renewal.

This fall, the international oil industry was buzzing with excitement about Iran. Some foreign oil companies have dabbled there, but few did so with enthusiasm because of the sanctions and because Iran's resources nationalism prevented them from taking equity stakes in projects. That also meant they couldn't book the reserves on their financial statements. The foreigners were limited to arcane "buyback" contracts with the Iranian National Oil Co., which reimburse a foreign company for its investment through production allotments.

But Iran needs to modernize its clapped-out oil and gas infrastructure. In late October, the Financial Times, quoting Mehdi Hosseini, an adviser to the Iranian oil minister, said the buyback contracts would be replaced by contracts that "will be very, very close to international norms."

If so, some adventurous Canadian oil companies would be tempted to delve into Iran. A couple of them have already been in the neighbourhood. Talisman Energy has been drilling in the Kurdistan region of northern Iraq. Suncor was active in Syria before the civil war. In September, Iran reportedly invited several big companies, among them Total of France, Statoil of Norway and Japan's Inpex, all of which had worked in Iran before the sanctions came on strong, to come back.

In September, 2012, Prime Minister Stephen Harper closed the Canadian embassy in Iran and called Iran "a clear and present danger." It was a foolish, ill-timed decision that may put Canadian companies at a disadvantage if Iran is allowed to open itself to the world. 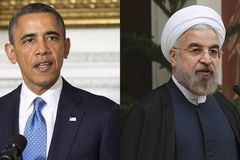 Behind the scenes at the Iran talks: Johnny Cash and a last-minute hiccup
November 25, 2013 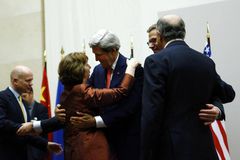 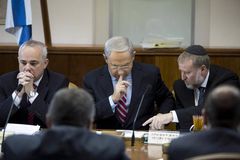 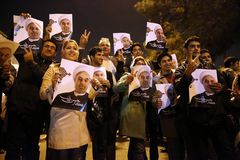 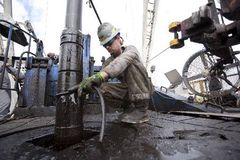