Dave Curtis gives the impression of a man far too busy to be sitting inside a boardroom, talking about the past. The CEO of Viking Air Ltd., current maker of the turboprop Twin Otter plane sold in 23 countries, alternately fidgets with his iPhone and stares out the window behind him at planes taking off from Victoria International Airport—a few hundred metres from Viking headquarters in suburban Sidney, B.C.—while discussing the company he's run since 1991.

Viking has just marked delivery of its 50th Twin Otter—a 19-seater destined for Malaysian Airlines, which has ordered six of them. The employees held a party here to celebrate, with another "50th" party scheduled a week later in Calgary, where final assembly of the Twin Otter occurs (and where 120 of Viking's 580 employees are based).

But the intense 52-year-old Curtis, a licensed pilot and amateur rock 'n' roll drummer, is keeping one eye—literally—on the horizon. "There are a number of things in the pipe that, if they all happen, I don't know how we're going to serve the market," he says, watching another plane take off. "But I'm not going to build it in advance."

Viking has been around since 1970 and has evolved dramatically since Curtis joined the sales department in 1983. In those early days, the company's stock-in-trade was manufacturing aircraft parts and offering maintenance for the likes of Lockheed Martin, Boeing and Bombardier. Then 9/11 hit. "It reset our strategy," says Curtis. "Back then, what we were selling was a service, and we quickly realized that there's no customer loyalty there. When 9/11 happened, Bombardier was probably 50 to 60% of our business, which quickly evaporated."

The Viking management team decided that if they were going to be successful in the aircraft business, and continue to do it from high-cost Victoria (they're the only aircraft manufacturers west of Ontario), they needed to be selling products for which they owned the design. In 2004, following an injection of cash from new majority owner Westerkirk Capital, the private-equity fund of Sherry Brydson (reportedly Canada's richest woman and a Victoria native), Viking entered into discussions with Bombardier about taking over design certificates for the de Havilland Single and Twin Otters, among other planes. A deal was struck and in 2010, the first "new" Twin Otter flew off the Viking airstrip.

The original Twin Otter was introduced in 1965, serving as a utility bush plane for Canada's North. It quickly became a favourite of the developing regional airline business and, between 1965 and 1988, 844 were built—making it the world's bestselling 19-passenger commuter airplane still in production.

Viking has close to 100 orders for the new Twin Otter (dubbed the 400 series), which is structurally the same as the de Havilland aircraft but incorporates more than 800 tweaks to improve safety, increase performance and trim weight. The most significant changes include a fully integrated digital avionics suite, an upgraded engine and the use of lighter composite materials for non-structural elements. Most of the structural and detail parts (like wings and cockpit) are made in Victoria, while the engine, avionics and composite structures are sourced from other manufacturers.

"As we step back and go, "Now what?" you don't necessarily want to have all of your eggs in one basket," admits Curtis. "Diversity is good, and being a single-product company has its risks. But you don't want to do another airplane project just because of that."

And just as he's not jumping at putting one of the other de Havilland planes back into production, neither is he keen to increase capacity for the Twin Otter: "The more volume I can put through the factory, the cheaper the product is, so it's very seductive. But slowing it down again is just an ugly process."

Viking's client list—the Peruvian Air Force, the Vietnamese navy, Air Seychelles—is conspicuous in its lack of Canadian content, which Curtis says is because there are so many Toronto-built Twin Otter originals still in circulation (around 550, he estimates, many of them in Canada). Most operators can't justify close to $7 million (U.S.) for a new plane—"and to them we sell lots of parts and service, so it's not a bad thing."

To secure new orders, Viking goes to great lengths, sending pilots and tech reps to Vietnam and Russia, for instance, to support buyers. In recent months, Viking has even brought 24 Vietnamese naval pilots (who will use the Twin Otter for coastal patrols) to Sidney for 20 months of flight and language training. "We want them to be successful."

The success of Viking's export-driven focus has stirred up lots of competition, including from the Czech Republic's LET 410, Poland's Skytruck, and China's Harbin Y-12, which, Curtis says, looks like "a direct copy of a Twin Otter."

"We reawoke a market. There are lots of folks dusting off their old designs and going: They can do it—we should be able to do this." 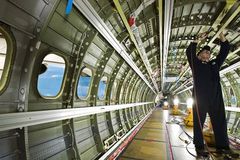 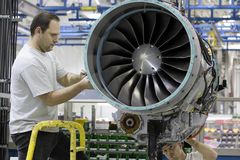 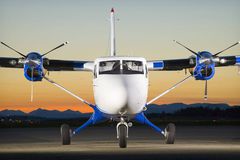