Rogers Communications Inc. is considering the sale of assets such as baseball's Toronto Blue Jays and its stake in a smaller cable and media company to free up capital for its main communications businesses.

The media giant's chief financial officer Tony Staffieri said Tuesday at an industry conference that the company is looking for ways to "surface value" from the Blue Jays – which he said is a "very valuable asset for us that we don't get full credit for."

He didn't discuss who might buy the team, or if a deal would include the Rogers Centre, or what they would be worth.

"To be clear, there isn't anything imminent that we are about to announce, but we're certainly looking at the alternatives. Again, would like to get the content without necessarily having the capital tied up on our balance sheet," Staffieri said.

Aravinda Galappatthige, an analyst who covers Rogers for Canaccord Genuity, writes that the issue of assets sales has been raised before but Staffieri's comments are the most explicit to date.

He estimates that the Blue Jays would be worth about $3.20 per share of Rogers, based on an estimated value of $1.65-billion for the team.

But Galappatthige notes that Rogers has other non-core assets including a 37.5 per cent interest in Maple Leaf Sports and Entertainment, which owns the Toronto Maple Leafs hockey team and Toronto Raptors basketball team, and the Rogers Centre – worth $200-million to $400-million.

In total, he estimates Rogers has non-core assets that could be worth close to $5-billion or $9.70 per Rogers share.

"However, we highlight that while asset sales are being considered at a high level, we do not believe there any imminent deals in place at this time," Galappatthige writes.

Staffieri said the company is currently going through its budgeting process for 2018 and the focus will be on revenue growth and better margins at its wireless and cable divisions.

Staffieri made the comments during an onstage interview at the UBS Global Media and Communications conference in New York, according to transcripts of the event provided by Thomson Reuters.

Rogers has previously indicated it is exploring ways to get more value from its portfolio of assets, including the Jays, but Staffieri's comments in New York were more specific.

He said the company still wants rights to sports programming – which is core to the company's media business – but doesn't need to own a team to have that, pointing to the company's 12-year deal with the National Hockey League.

But he said sports content continues to have "healthy" margins and can complement the Rogers wireless and cable operations as well.

"Our focus in media will continue to be on the sports side of it. So don't expect any type of expansion on the media side, other than continue to monetize the sports assets that we have," Staffieri said.

As for the company's investment in Montreal-based Cogeco and Cogeco Communications Inc., a smaller cable and media company based in Montreal, Staffieri's said there's "probably better use" for that capital.

"There were some strategic benefits that we had hoped for with Cogeco and those seem to be further and further away," Staffieri told the UBS conference.

Galappatthige said Rogers' share in the two Cogecos would be worth about $2.98 per share, for about $1.53-billion.

"While we would expect an orderly sell-down in its Cogeco holdings, this could put pressure on Cogeco Inc.'s and Cogeco Communications' share prices and serve to remove any takeout premium currently imbedded in their stock prices," he concluded. 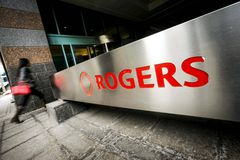 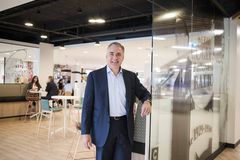 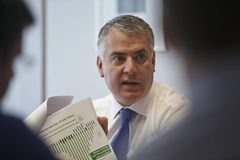 Is it time for Rogers to hang up the cleats and leave the sports game?
Subscriber content
September 17, 2016 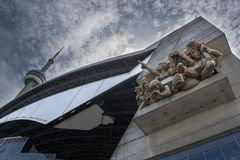 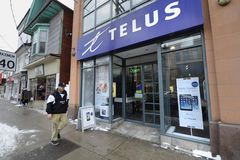