Rogers Communications Inc. is taking advantage of its sports ownership – particularly of the red-hot Toronto Blue Jays – to try to drive 4K television technology into the mainstream.

The Toronto-based communications giant announced Monday it will apply the next generation of super-high-definition TV technology to 101 live sports broadcasts starting in 2016 and has added a new partnership with Netflix.

Viewers who want to watch programs with cutting-edge clarity – starting with a Jan. 23 NHL broadcast and including all 2016 Blue Jays home games – will need a 4K TV, and will soon be able to buy a set-top box capable of receiving the new signals. To date, 4K technology has not been widely adopted, but Rogers is using its clout in cable TV, Internet and media to move ahead of its competitors in the race to deliver its content in ever-higher definition.

The news came the same day Rogers announced it will begin rolling out broadband Internet service with gigabit-a-second download speeds this year. The service will cost $149.99 a month, in line with rival BCE Inc.'s Gigabit Fibe offering, which is also in the midst of being deployed. Rogers hopes some customers – including those who choose to cut the cord on cable TV – will take advantage of an unlimited usage cap to stream 4K content online from partners such as Netflix Inc., although gigabit speeds far exceed what most customers need right now.

Rogers is the first to promise live sports broadcast at this new resolution and is adding "high dynamic range" or HDR capabilities, which promise better contrast between colours.

"What we've announced today is the final thing that will unlock the whole value chain for 4K," Mr. Laurence said in an interview.

The advantage Rogers claims – "the reason we can do it faster than Europe or the U.S.," he said – is the company's ownership of each stage of delivery, from the cameras and broadcast trucks to the Internet bandwidth needed to deliver such high-quality signals.

"If I employ every single person in that value chain, I can ensure quality," Mr. Laurence said.

Under Canadian rules governing the vertical integration of content owners and distributors, Rogers cannot withhold its content from other cable, satellite or IPTV providers. Scott Moore, president of Sportsnet and NHL properties for Rogers, said the company will make its 4K Sportsnet feed available to other distributors. At this point, however, there are few that could take advantage of that feed.

Scotia Capital Inc. analyst Jeff Fan said the move showcases the company's "unique asset mix" and how it can use those assets in a "coordinated fashion to differentiate Rogers in cable broadband and media/broadcasting."

"This is the first announcement of its kind that we have seen in North America," Mr. Fan wrote in a note to clients Monday, adding that Netflix and other streaming providers are delivering some 4K content but there is little on broadcast television. "Rogers will have to invest in the equipment to allow it to broadcast the content in 4K but we believe the payback will come from both the broadcast segment (higher ad revenue from viewership and higher subscriber carriage revenue) as well as the broadband Internet segment (higher broadband speed, higher usage and differentiation against the telcos)."

Of the Internet announcement, Mr. Fan said while most customers do not currently need gigabit speeds, "it is important, from a marketing standpoint, to continue to be perceived as a provider of the fastest available service."

Cable operators have a timing advantage compared to their telephone company rivals because cablecos can achieve higher speeds using new technology upgrades without bringing new fibre-optic cables directly to customers' doors, a costly and time-consuming undertaking. Mr. Fan said Rogers should be able to roll out the service to all of its customers in about one year versus his estimate that it will take BCE more than 10 years to cover its entire footprint.

He said he expects Rogers to see improvement in its cable division from 2016 and on, based on initiatives such as this.

Worldwide shipments of 4K TVs increased 400 per cent year over year in the first quarter of 2015, but still made up just 9 per cent of global shipments, according to a report from analytics firm IHS Inc. Among larger TVs measuring more than 50 inches, however, 4K TVs claimed about one-third of the global share. A report from Futuresource Consulting predicts 350,000 of 2.9 million TVs sold in Canada in 2015 will have 4K screens.

Rogers also announced a partnership that will connect its network to Netflix servers, and is licensing more 4K content for Shomi, the streaming service it co-owns with Shaw Communications Inc.

Behind the scenes, Rogers has been working on its 4K rollout for some time and will test it with "rehearsals" over the next four weeks, Mr. Moore said. As part of its 12-year deal for NHL broadcast rights in 2013, Rogers began building crucial fibre-optic cable connections into the league's arenas.

"It's mostly a capital investment in new cameras and replay technology," Mr. Moore said. "The real [operating] cost is in larger bandwidth for transmission. So we have to transmit four times the amount of data and will actually transmit two signals from each game, one in HD and one in 4K HDR."

The cost to move to 4K is "not insignificant," he said. "But it's not as expensive as moving from SD [standard definition] to HD."

The cameras in the Rogers Centre and Air Canada Centre will all be upgraded and Sportsnet plans to have two mobile production vehicles outfitted with the necessary 4K equipment by January, in time to launch the new technology when the Montreal Canadiens visit the Toronto Maple Leafs on Jan. 23.

Why does 4K TV look better?

It boils down to the number of pixels you see. A 4K TV displays about eight million pixels, compared with two million pixels displayed by the 1080p high-definition screens now adorning many living rooms – effectively cramming four times as many pixels into the same image to make it look sharper.

What's been holding 4K broadcasting back?

Aside from the cost of upgrading the broadcasting equipment needed to capture and distribute 4K signals, the major hurdle has been bandwidth: A 4K image consumes about four times as much Internet data as an HD signal as it travels through a viewer's set-top cable box, needing about 20 megabits to 25 megabits a second to keep the signal reliable.

What will it cost to get 4K programming?

At this point, 4K TVs still cost considerably more, although prices will undoubtedly come down over time. A 55-inch HD TV that retails for $1,000 might cost $1,700 or even $2,700 with a 4K screen, depending on the model. There may also be an added cost on your cable bill, as Rogers has yet to reveal the price of its 4K set-top boxes, or whether it will charge more for 4K channels. 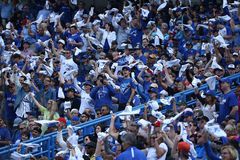 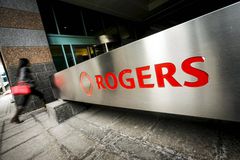 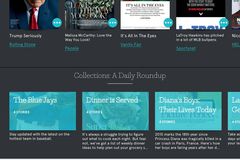