Less than two years after launching Next Issue, Rogers Media is turning a page on its all-you-can-eat magazine subscription service, renaming it Texture and tailoring its features to better fit digital reading habits.

The magazine app unveils its new look and feel on Thursday, aiming to move away from the notion of an old-fashioned magazine stand turned digital and to convince those who have so far steered clear of Next Issue to reconsider.

Since its Canadian debut in late 2013, Next Issue has tapped the trend toward content bundling that was popularized by companies such as Netflix Inc. and Spotify – as well as the full marketing might of parent company Rogers Communications Inc. – to amass more than 100,000 subscribers in Canada. At $9.99 a month, or $14.99 including "premium" weeklies like The New Yorker, it has provided a welcome shot in the arm for a magazine industry suffering from a rapid decline in print advertising revenue.

Now, the service's owners are risking the brand recognition they've spent precious time and money building in the hope that a revamp such as Texture can kick-start a second wave of growth.

"It was a great opportunity for us basically to go out and say, whatever preconceived notions you might have about magazines, about digital magazines, about this product itself, we continue to evolve and we continue to innovate," Steve Maich, senior vice-president of publishing for Rogers, said in an interview last week at his Toronto office. "So give it a second look."

At its outset, the service was effectively promoted as "the world's greatest newsstand," Mr. Maich said, a notion driven by publishers' natural instinct to see digital magazines as a direct digital translation of the print copies they had sold for generations. That mindset shaped the app's design and marketing – some television ads even satirically depicted readers dragging around an unwieldy magazine stand.

Now, that concept is seen as limiting. Though full issues are still on offer, Texture attempts to highlight individual stories, introduces curated collections of stories and adds better search capabilities to scour the 15,000 back issues from 160 magazines. Even the name Texture – which is meant to evoke a mix of text and culture – moves away from the Next Issue brand's subtle suggestion that magazines are read issue by issue, cover to cover.

"The whole idea of having to download an entire issue and flip your way through from front to back to find the stuff you're looking for, it's just not as flexible as people expect in the digital world," Mr. Maich said. (Also, Texture "was just a name that tested really well.")

For some time, Canada had more Next Issue subscribers than the service had in the United States, where it was far slower to catch on. And three Rogers titles – Chatelaine, Maclean's and Hello! Canada – are routinely among the 10 most-read magazines, alongside major American titles. So the tradeoff in rebranding a known commodity may be greater for Rogers than for its U.S. partners.

But all involved think it's worth the risk.

For all its potential, digital readership remains a small slice of the magazine business. At Rogers, it accounts for 18 per cent of circulation, and the industry average is lower still. Print still has a devoted following. But printing and delivering copies is often a money-losing exercise, so there is a business case for shifting some paper loyalists to tablets and smartphones.

Texture's greatest promise is its ability to attract new readers: 70 per cent of the app's users have either never subscribed to a Rogers magazine or had let their print subscriptions lapse. Another key advantage is that it allows Rogers to collect what Mr. Maich calls "an absolute tsunami of data" on individual readers' tendencies. Making sense of the raw numbers is "a much bigger engineering challenge than people imagine," Mr. Maich said, but as Rogers learns to harness the data, it will yield page-by-page feedback to help shape story decisions and sell ads.

"Everything that speaks to engagement are numbers that we want," he said.

A new way to excite advertisers is sorely needed. While readership has held relatively steady, the erosion in ad spending on all Canadian consumer magazines reached 15.5 per cent in 2014, according to ZenithOptimedia, a media agency that also predicts 10-per-cent annual declines through 2017.

All Rogers magazine brands are currently profitable, according to Mr. Maich, but Rogers won't say how fast Texture needs to grow to offset falling print revenue – hence the gamble on a fresh look and new ways to get magazine stories out from behind their covers.

"We don't feel like we are even close to tapping out the market opportunity as the app exists today," Mr. Maich said.

Texture, formerly known as Next Issue, by the numbers:

3 – Average number of hours each month that Next Issue readers spend using the app.

18 – Percentage of total magazine circulation accounted for by digital readers at Rogers.

70 – Percentage of subscribers who have never subscribed to a Rogers print magazine, or who had let past subscriptions lapse.

15.5 – Percentage decline in ad spending on Canadian consumer magazines in 2014.

$50-million – Equity investment in Next Issue Media made late last year by KKR, which is pouring new marketing dollars into Texture. 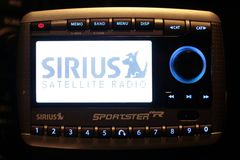 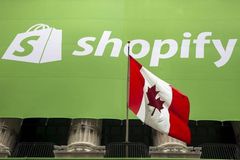