Forget the notion that Rogers Communications Inc.'s $5.2-billion deal to lock up National Hockey League broadcasting rights for a dozen years is about consumer choice or the future of television. It's about preserving the status quo.

Rogers' willingness to pay a record price for NHL rights comes down to protecting its core business – its 2.2 million cable subscribers, nearly 10 million wireless subscribers, its TV shows it production and the lucrative revenue stream this represents.

Canadians have made it clear they want more TV choice. They don't want to have to buy an expensive package with the Food Network and Fireplace Channel just to watch the Leafs, Habs or Canucks. The bundles that are a staple of cable and TV packages leave many consumers baffled and frustrated. They want to watch whatever they want, when they want.

The federal government, eager to rebrand itself by embracing populist consumer causes, is vowing to force cable and satellite providers to unbundle their TV offerings. Last month it ordered the Canadian Radio-television and Telecommunications Commission to report by next April on how to introduce so-called pick-and-pay programming.

Rogers officials have been talking up more choice as a key benefit of the megadeal, which gives the company blanket control of NHL rights in Canada across all platforms, and in all languages.

Yes, more hockey will be offered on more channels – sometimes up to nine games a night. But it's not at all clear that is the kind of choice consumers really want. For many, the Rogers-NHL deal could chain them to services that they may not want, including Rogers' cable and wireless. And it could well mean paying significantly more for what they do want.

Rogers will soon hold one of a clutch of essential content offerings that distributors can exploit to keep consumers tethered to its services, because they have no other choice.

That's because the deal gives the company sweeping control over all NHL content in Canada. In addition to television rights, it will control mobile rights, Internet streaming, radio, condensed games and video archives. And it will operate the NHL's online services, NHL Centre Ice and NHL Game Centre Live.

Many Canadians would happily dump their cable or satellite service if they were able to purchase only what they wanted elsewhere – be it hockey, movies or news. Netflix, Apple TV and various gaming systems have revolutionized the way consumers can watch television. And it's a world largely beyond the control of the CRTC or Rogers.

Hockey is among the last must-have offerings that keep Canadians from divorcing the cable guy. And that gives NHL games outsized value in the emerging TV landscape.

This is just one of the thorny issues that CRTC chairman Jean-Pierre Blais is likely to encounter when he explores the unbundling issue in the coming months.

He'll find that bundling is as much a creation of the CRTC as it is a marketing strategy of the cable and satellite providers. The regulator dictates that subscribers must receive and pay for certain channels as part of their basic package, including CBC Newsworld, the Cable Public Affairs Channel, and the Aboriginal Peoples Television Network. As well, half the channels in every package on offer must be Canadian.

Of course, the best way to truly unbundle is to let consumers transact directly with whatever content provider they want. That would allow them to completely unplug from their cable or satellite provider. Today's trickle of consumers now leaving their cable providers would quickly turn into a torrent.

But it's likely not a road the CRTC or the Conservative government wants to go down. The CRTC, after all, has a mandate to promote Canadian content, which generates billions of dollars of economic activity.

And a world unplugged from cable clearly isn't the future Rogers is betting on with this deal. Investing in hockey looks a lot like a defensive strategy to salvage what it has. 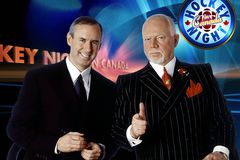 NHL Alumni Association is fraying at the seams
November 29, 2013 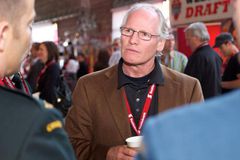 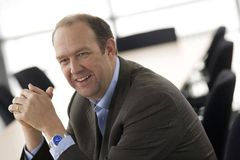 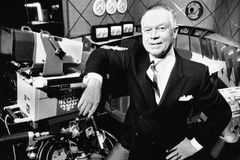 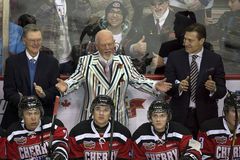 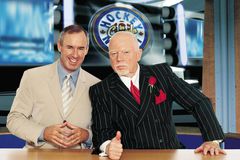