Rogers Media Inc. slashed 110 positions from its broadcast television operations on Thursday, cutting one City TV local morning show and a pair of arts shows about South Asian culture, and transforming the daily newscasts of its multicultural OMNI stations into current affairs shows that will spend more air time on each story but won't include original reporting.

Rogers will eliminate its low-rated Breakfast Television program in Edmonton and replace it with a two-hour early evening broadcast known as Dinner Television, beginning May 19. That show, which will be hosted by the NHL veteran Jason Strudwick, will feature light chat about local events but no original newsgathering.

It will repeat the following morning in the old Breakfast Television time slot, with that day's traffic, weather and updated local news.

The moves at OMNI, which currently broadcasts news in Punjabi, Mandarin, Cantonese and Italian, were decried by Punjabi politicians, who said the newscasts provided a vital link for the community.

Behind-the-scenes cuts were also made in Toronto, Edmonton, Calgary, and Vancouver, with OMNI and City merging their technical operations, including editors and videographers.

In an interview, Colette Watson, Rogers's vice-president of television and operations, said the OMNI news broadcasts cost $9-million to produce last year but brought in only about $3.9-million. Ms. Watson said the moves, along with other programming changes, were expected to make the OMNI operations "revenue-neutral."

In a presentation to the Canadian Radio-television and Telecommunications Commission last year, Rogers Media president Keith Pelley said OMNI was in a "financial crisis," as ad revenues for the multicultural network had plunged from $80-million in 2011 to $35-million in the 2013-14 broadcast year.

The Rogers Media unit of Toronto-based Rogers Communications Inc., which includes OMNI and City, lost $85.8-million before interest and taxes in its conventional TV operations last year, according to documents filed with the CRTC.

Rogers says the retooling of the broadcasts will allow for a deeper focus on local issues. "The hosts are staying, the producers are staying," said Ms. Watson. "We're going to be talking about issues that matter to those particular audiences, where they live now. A lot of the news they get is available on the Internet."

She suggested that, during the protests against the new provincial sex-education curriculum at Queen's Park, rather than airing a 90-second news story, OMNI's Toronto-based Mandarin show might have brought in "representatives of that community, and talk for maybe six-seven minutes with the host about why this is important to them. And then maybe reorient the discussion to the [MPPs] about how they're going to address the concerns of that community.

Ms. Watson said Punjabi viewers in the Greater Toronto Area will be getting a new current affairs show based out of Brampton to replace the news show they had been receiving out of British Columbia.

Still, some politicians are concerned about the moves. Surrey-area MP Jinny Sims (NDP) pointed out her constituency has a large Punjabi-speaking population, and she said many of them watch the Punjabi news. "And they look forward to that. Because that's their way, while they're learning the language … to really be engaged in our democracy and to know what is going on."

"To get the news and its nuances in your own language makes a huge, huge difference for you to be able to participate in a democracy and in our society," added Ms. Sims, who represents the riding of Newton-North Delta.

Rogers's Ms. Watson hopes the changes will position the OMNI broadcasts for future growth among second- and third-generation Canadians who do not get their news of the day from traditional linear broadcasts.

Jasbir Sandhu, NDP MP for Surrey North, called the newscasts "an essential service to the community" and a "vital link" for politicians who want to reach people who speak Punjabi and other languages.

"I hope Rogers will reconsider this decision."

The Rogers cuts come only weeks after similar trims at the Global Television unit of Shaw Communications Inc., which is centralizing its various local newscasts into a single Toronto studio.

They also come shortly after Mr. Pelley announced he would leave Rogers this summer to head up the PGA European Tour. 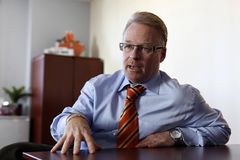 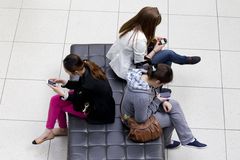