The vast and unruly credit-default-swap market is facing renewed scrutiny as U.S. authorities probe the role Goldman Sachs and other Wall Street banks may be playing in pushing Greece toward financial collapse.

The move comes amid growing angst about the ailing of finances of Greece, Spain and several other European countries, which some analysts fear may threaten the future of the euro monetary union.

U.S. Federal Reserve Board chairman Ben Bernanke expressed concern on Thursday that U.S. banks and other investors may be compounding the debt pressures facing some European countries by using swaps to wager the countries will default on their debts.

"Obviously, using these instruments in a way that intentionally destabilizes a company or a country is counterproductive," Mr. Bernanke told members of the Senate banking committee on the second day of his twice-yearly economic report to Congress.

Mr. Bernanke said both the Fed, and likely the U.S. Securities and Exchange Commission, would look into any such involvement of the banks they oversee.

U.S. banks and hedge funds are major players in these financial derivatives - essentially, insurance policies that kick in when a company or a country can't pay its debts.

For example, Goldman, JPMorgan Chase and about a dozen other banks backed a company called Markit Group Ltd., which last fall created a popular CDS index.

That index in turn provided an easy way for investors to bet big on the likelihood that Greece and other indebted European nations will go bust, according to The New York Times.

The largely unregulated $25-trillion (U.S.) global CDS market played a key role in toppling insurer American International Group Inc., which was rescued by the U.S. government when it couldn't make good on the various insurance contracts it sold.

A big chunk of the $182-billion in government money that went into that bailout was to cover CDS contracts issued by AIG to Goldman and others.

The cost of insuring against a default on Greek debt using CDSs rose for a fourth day yesterday after credit rating agencies Standard & Poor's and Moody's Investors Service warned they may downgrade the country's debt. The soaring price of the CDSs, and the concern that signals, is making it tougher for Greece and other heavily indebted countries to raise cash to pay their debts.

"We'll certainly be evaluating what we can learn from the activities of the holding companies that we supervise here in the U.S.," Mr. Bernanke added.

Goldman Sachs is already facing accusations from some European officials that it helped Greece to play down the full extent of its foreign debts in a series of currency swaps back in 2001. And yesterday, Mr. Bernanke suggested the Fed has concerns about those transactions as well. "We are looking into a number of questions related to Goldman Sachs and other companies and their derivatives arrangements with Greece."

Goldman officials have insisted those transactions were consistent with European statistical principles at the time and had a "minimal" effect on Greece's overall fiscal health. A Goldman Sachs spokesman declined to comment on the firm's involvement with the CDS index.

"We have a situation in which major financial institutions are amplifying a public crisis for what would appear to be private gain," Mr. Dodd said. He raised the spectre of limits on the use of credit default swaps to prevent "the intentional creation of runs against governments."

But the push for stricter controls on derivatives has proved difficult in the face of opposition from financial industry players. Already, asset managers and hedge funds are resisting a call by the Fed to shift the bulk of CDS trading to clearing houses, as a way of limiting risk.

The Fed has given the industry until March 1 to set goals for making the shift.

Some analysts aren't convinced U.S. authorities are serious about stricter regulation. Janet Tavakoli, a derivatives expert and president of Tavakoli Structured Finance in Chicago, wondered whether Mr. Bernanke made his remarks to "placate the EU, who must be very miffed with us at the moment."

Ms. Tavakoli said Mr. Bernanke didn't go nearly far enough in using moral suasion to rein in the trading of such instruments. "He should say, 'We're not going to tolerate anything that could contribute to the destabilization of Greece,'" she said, rather than, "'Be careful, we might wag our finger in your face.'" She said she doubted anything concrete would emerge from the Fed's scrutiny of such instruments.

The problem with swaps, she said, is that they can create a loop of negative consequences for the country involved. Such swaps are a cheap and easy way for investors to bet that a country's finances will deteriorate. As the demand for such instruments rises, that sends a negative signal to the bond market, where investors become inclined to sell the country's debt, sending its borrowing costs higher. As the cost of borrowing rises, it adds to worries about a country's creditworthiness, increasing appetite for the swaps. 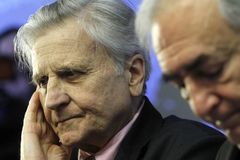 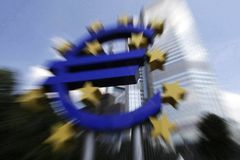